12 notable Asian players in the NBA

Filipino-Americans Raymond Townsend and Jordan Clarkson belong in this list of notable Asian players who made it to the NBA. 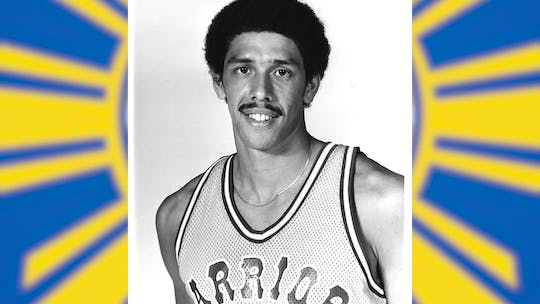 Drafted by the Warriors in 1978, Raymond Townsend was the first Filipino-American player in the NBA.

The NBA has prided itself in being a true global league. Among the major sports in North America, no league can boast of having a wide and growing international audience like the NBA.

That international reach has turned into a pool of talent that have slowly trickled into the league. This season, the NBA boasts an impressive 107 players from 41 different countries, thanks no doubt to the league's numerous initiatives such as Basketball Without Borders, a joint program with FIBA that gives an opportunity to players all over the world to showcase their skills.

One region that has seen the most growth in viewership is Asia. David Stern innovated the league in many ways, but probably his biggest contribution was marketing the league to Asian countries like China. Now, the league pulls massive revenue numbers from the continent, and Asians have been pretty well-represented on the court in the NBA.

Here’s a list of some notable Asian players that we've fallen in love with, as well as some of the pioneers of the game. With calls to end racial oppression continuing in the United State – specifically with the surge in anti-Asian hate crimes during the pandemic –  it's all the more important to remember those that have and continue to represent us in the NBA.

Wataru Misaka doesn't always get mentioned when listing past Asian players. His time in the league was short but significant.

Misaka faced a lot of discrimination when he was a staff sergeant for the US during the World War II. When he was discharged, he opted to enter the NBA Draft. He wound up playing only three games for the New York Knicks before being cut.

Post-WWII was a tough era for a lot of Asian Americans, especially those from Japan. Misaka was a brave soul to have entered the league  and become its first non-Caucasian player during such a tumultuous time. Coincidentally, Misaka entered the league in the same year that American sports pioneer Jackie Robinson entered Major League Baseball as its first Black player.

You've probably heard his name from one of your tito as a fun fact. Townsend was the first Filipino-American player in the NBA and only the second player of Asian descent.

Townsend was an accomplished collegiate player, winning the 1975 NCAA title with the UCLA Bruins, before being selected in the first round by the Golden State Warriors. He went on to play three seasons with the Warriors and the Indiana Pacers.

"So I started with this prototype of what I did, which I think was back in 2007, and now, you look at the NBA with 20 cities. I get invited to most of them," Townsend told ESPN Philippines. "I wanted to get to Brooklyn, and it's carried on and it's still going strong as Golden State is doing it two times a year. And I'm very grateful to have been in the initial planning stage, and whether I get credited or not, it doesn't matter to me. I know Filipinos are up close and personal with NBA players."

San Antonio Spurs fans fondly called the burly Mengke Bateer “Dinosaur” during his short stay there. Technically, Bateer was the first Chinese NBA champion, although he didn't play in the Spurs’ 2003 title run.

Bateer was an imposing figure at 6-foot-11, 290 lbs. He was mostly deployed in the NBA as a third-string center who occasionally pulled off highlight-reel passes.

Wang Zhizhi will be remembered for being the first Chinese player who nearly caused a diplomatic disaster. He was drafted by the Mavericks in 1999, but it took two years to negotiate his transfer from his Chinese club to the NBA.

There was still a lot of buzz from China when he finally debuted in 2001. From there, Wang faced several controversies, refusing to return to his home country and play for the national team.

Wang did eventually make up the Chinese government, but he'll forever be remembered for that incident where two Chinese soldiers were sent to the US to look for him. 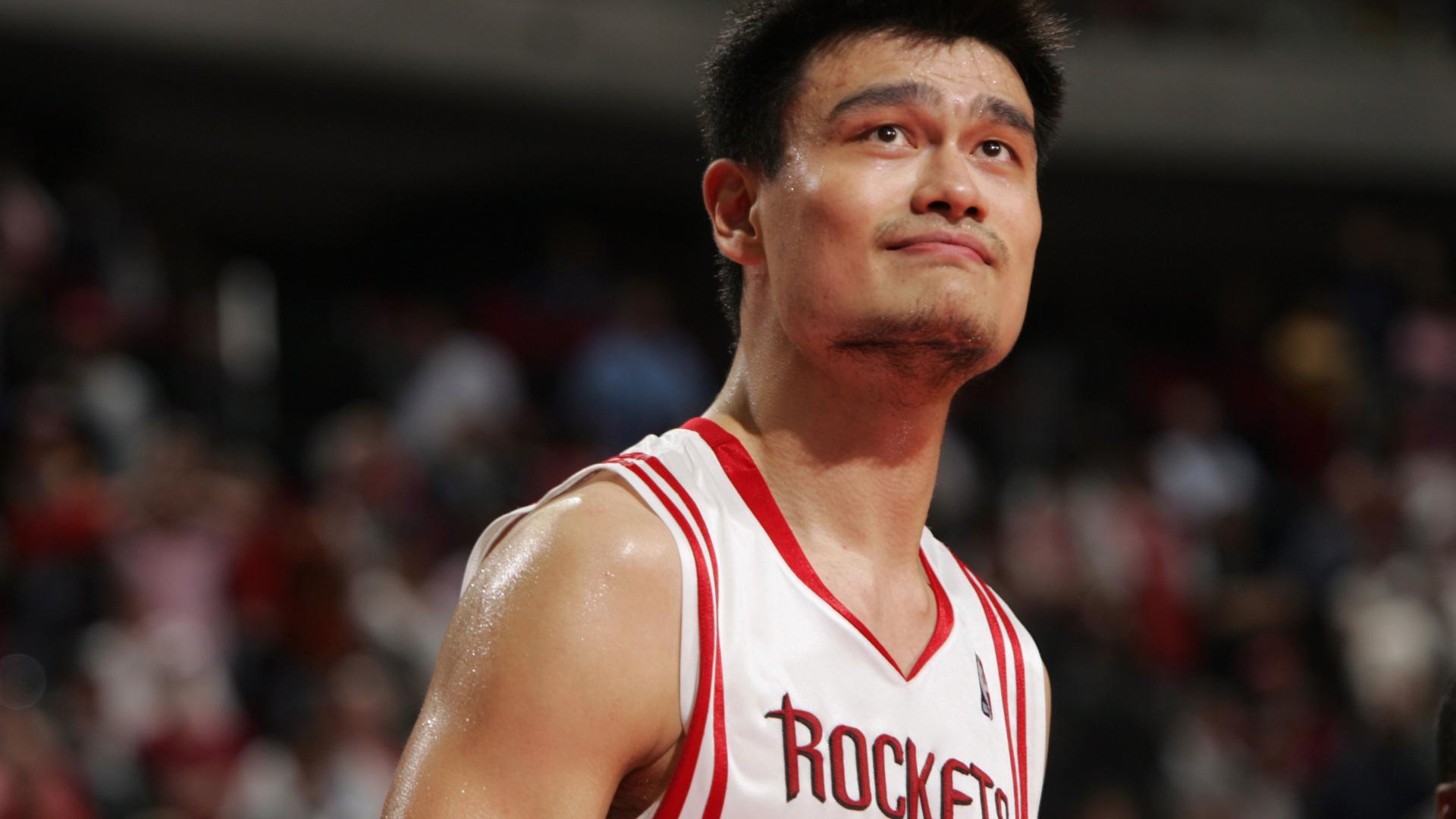 One of the most important players in league history, Yao Ming was instrumental in the NBA's boom in Asia. He not only became a Chinese basketball icon, but an inspiration for Asian athletes all over the world. Yao is also the reason why there are more NBA fans in China than there are people in the United States.

When he was healthy, Yao was one of the most dominant centers in the NBA, complementing his 7-foot-6 frame with a soft touch and reliable jumper. He was an All-Star in all eight seasons he played – the most significant selection being in 2011. Despite being injured for most of the season, Yao was still one of the top vote-getters in a Western Conference that had a lot of frontcourt talent in Tim Duncan, Pau Gasol, Dirk Nowitzki, and Blake Griffin.

The NBA owes a lot to Yao Ming. He could have been one of the game's greatest all-time players had his feet not given up on him, but he's still impacted the game in ways few could boast.

Yuta Tabuse was the first Japanese-born player in the NBA. Although he spent more time on summer league teams than on NBA rosters, Tabuse still sparked incredible excitement in Japan.

To this day, the NBA Live 2006 edition with Tabuse on the cover,  which was only released in Japan, is one of the most coveted video game collectibles.

Filipino fans are more familiar with Ha for his exploits in the South Korean national team, which beat the Philippines so many times in international events that it was eventually called the “Korean Curse”.

Another familiar name for Filipino fans, Hamed Haddadi continues to be a beloved figure within the Memphis Grizzlies community. He went undrafted in the 2004 Draft, but he later on signed with Memphis as a free agent in 2008, making him the first and only NBA player from Iran.

Haddadi never averaged more than 14 minutes a game in the NBA. With the Iranian national team, however, he's a superstar that regularly puts up double-double figures. He’s also a pretty good actor, playing a small role in Mokhtarnameh, an Iranian historical epic TV series.

While he wasn't the first NBA player from Israel, he was undoubtedly the best. Casspi was a reliable scoring forward throughout his NBA stint, recording his best season in 2015-2016 when he averaged 12 points per game with the Sacramento Kings.

The most important moment that Casspi and Haddadi were involved in was this short exchange in 2009:

Their countries have long been in conflict with Iran refusing to recognize Israel. This was a glimmer of hope that maybe one day, the two countries caught in a complicated web of tension can find peace.

The undrafted scrawny guard from Harvard University who made his way up from the D-League to the Warriors roster and the star of the most important moment in the New York Knicks’ run last decade. Jeremy Lin was famous for his story, but his voice and representation post-Yao Ming was more important.

The Taiwanese-American was a beloved figure everywhere he went in the NBA. Who didn't love Linsanity?


He was always a brave voice for the Asian American community. From educating Kenyon Martin about his tattoos to recently speaking out on the racism he faced in the G-League, Lin has used his platform to benefit Asians and Asian Americans the most.

Jordan Clarkson is one of the best players on this list and that's not just because this is a Filipino site.

Clarkson was a true revelation coming out of the second round of the 2014 Draft. Being a Filipino-American and getting drafted by the Los Angeles Lakers instantly made Clarkson a household name in his mother's home country.

Clarkson has been serviceable for most of his career, but he truly found his stride this season with the Utah Jazz, emerging as the top candidate for Sixth Man of the Year for the league's best team.

He may not be a superstar, but he probably has a more devoted following than most All-Stars because of the basketball-hungry Filipinos rooting for him from thousands of miles away. Hopefully, he gets to play for the Philippines again after debuting for Gilas Pilipinas in the 2018 Asian Games.

Japan’s biggest basketball star, Rui Hachimura had an intense following, even before being drafted in 2019 by the Washington Wizards. He was a star at Gonzaga University and continues to be the best Japanese player ever, ahead of the Toronto Raptors’ Yuta Watanabe.

One important note: Hachimura is one of seven international players on the Wizards’ roster. This makes them the most diverse NBA team, right beside the Dallas Mavericks. Hopefully, this trend continues and we get more Asian players in the NBA in the future.
Read Next
Features