Here's a list of things we wish would happen at the All-Star Game on March 8. The rosters are set, the snubs have been snubbed, and the “[insert name here] should’ve been an All-Star” conversations have begun. Time to move past all that and focus on things we can control, such as how many 3s Steph Curry will shimmy to at the All-Star Game or setting up a side tournament between Luka Doncic and Damian Lillard.

The GOAT debate is getting old. There’s a new sheriff in town and it goes by the name of “All-Star starter: Luka Doncic or Damian Lillard?”

On one hand, you have the global starpower of Doncic, the on-court wizardry that is still unbelievable to watch. Save for the rare times his temper gets the best of him, watching Luka is pure bliss.

Then on another, Damian Lillard’s fury. While Luka’s magical moves are set to Beethoven’s Moonlight Sonata, Dame’s assault on the court is full-on grunge: bold, angst-filled, and destructive.

To settle this, Doncic and Lillard should take on the task of guarding each other the whole game and take turns launching 3s from the logo. Whoever has the most number of logo makes gets an automatic All-Star starter spot valid for the next two years. Who says no?

You watch Nikola Jokic work on the post and time slows down that it almost takes us to 1998. Then—boom—he does a quick spin to the basket and all of a sudden it’s 2021, and Jokic has yet another triple-double. 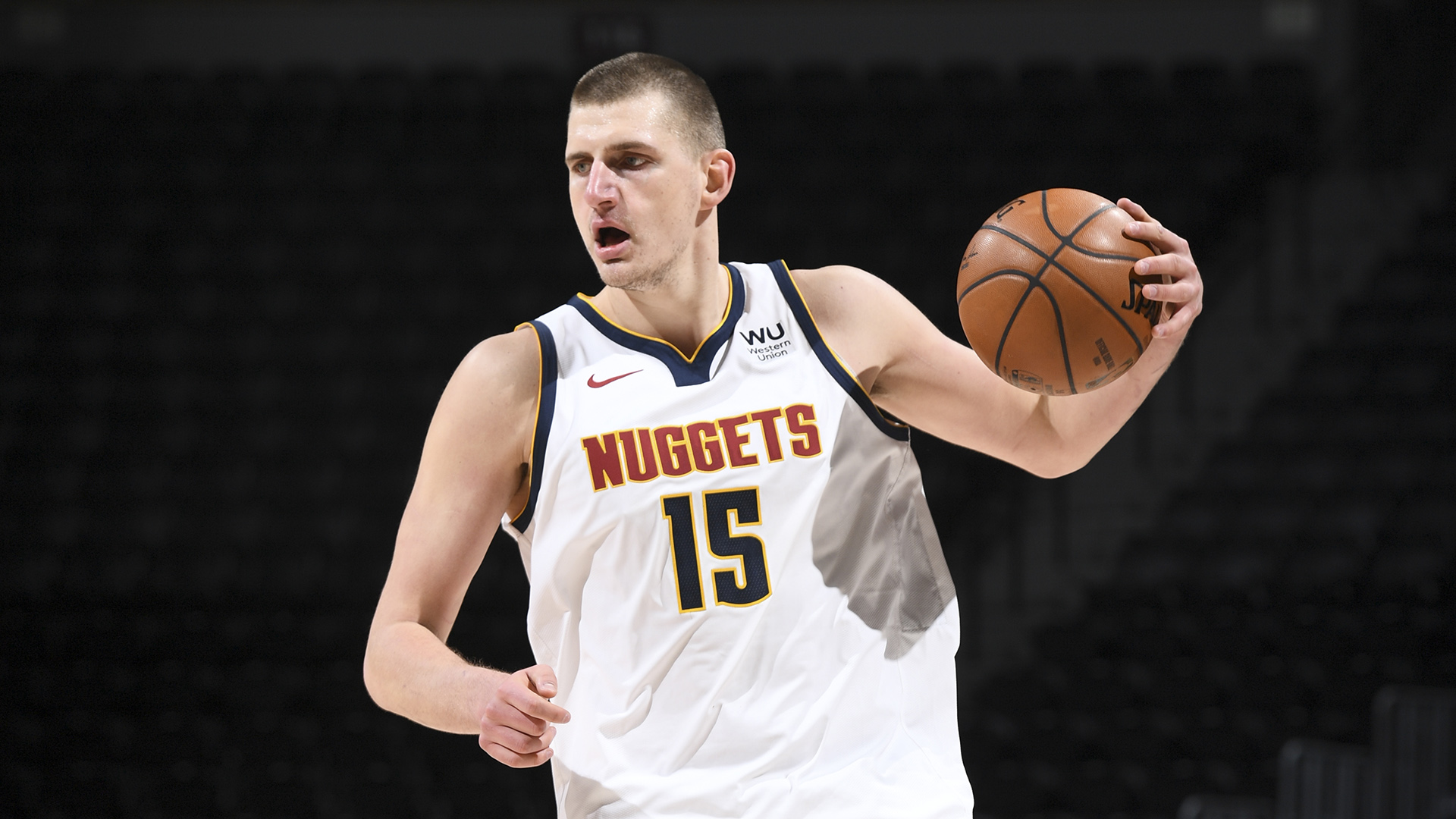 Jokic has seven triple-doubles this season, tied with Doncic and one short of the triple-double league leader, Russell Westbrook. He leads the league with 27 double-doubles in 31 games.

Jokic in 2021 would be a perfect addition to that list.

They must bring the ball down and throw a successful lob to either Zion Williamson or Zach LaVine. Those are the only rules.

Steph Curry above the rim

Steph Curry, in his NBA career, has made 2,653 3-pointers. Think about that number. In 2,653 different occasions, he either shot a foot from the line, from 35-feet, from 50-feet, at the corner, faded away, set his feet, step-backed, defended, or was open. You’ve seen so many different variations of the Steph Curry 3, you can very well picture a Steph Curry highlight—just purely by memory—with eyes closed. Try it.

A Steph Curry dunk, on the other hand, is not too common. In his 12-year career, Curry has dunked only 26 times. For comparison, his Splash Brother Klay Thompson has 114, about the same number as Zion Williamson, who got there by Year 2 of his NBA career.

At the end of the 2019 All-Star Game, with the game already decided, Steph got up for an off-the-bounce, 180 reverse slam that nobody saw coming. He should do something like that again at the 2021 All-Star Game, but over a defender for full-effect ala Baron Davis over Andrei Kirilenko in ’07.

Speaking of dunks, for Zion Williamson’s All-Star Game debut, someone should volunteer as tribute to be dunked on by this 6’7”, 284-pound behemoth.

The dunk should be so devastating that the game will be halted for a few minutes so officials can check on the rim’s—and the defender’s—capability to continue.

OK, so James Harden, Russell Westbrook, and Kevin Durant were All-Star teammates in 2017, but that wasn’t as much of a reunion as it was an awkward coffee date catch-up.

This time, with KD as captain, the wish is for him to pick Harden and Russ as teammates, done in his own free will and volition. It would be interesting to see how these three MVPs would play together after the failed rocket science experiment in Houston.

The Daft Punk reunion isn’t happening. Please let us have this. No more pettiness, no trash talk, just vibes. 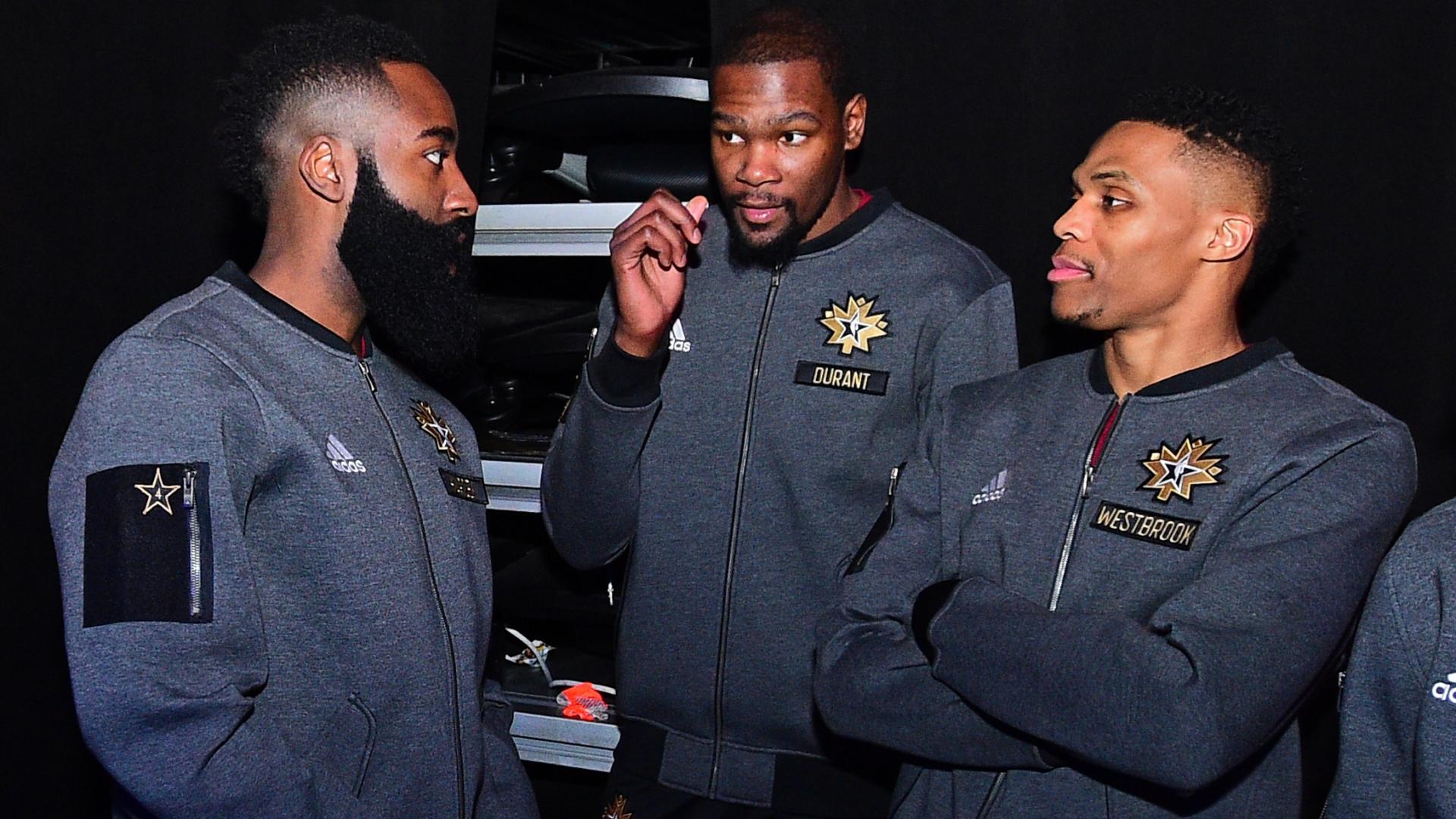 The record for most 3s in an All-Star Game is held by Paul George with nine. That was from five years ago. With an All-Star lineup that has a combined 3-point shooting average of Fire At Will, this record is bound to be broken. If Devin Booker decides that he’s the guy for the job, then everyone wins.

Another record that’s in jeopardy is Anthony Davis’ 52 points, the most points scored in the history of the All-Star Game. There are 12 All-Stars that have scored 40 points or more this season, four of whom have scored 50 or more (Curry, twice; Bradley Beal; Embiid; and Jokic). It shouldn’t come as a shock if all of them would gun for the record.

Last year’s Elam Ending format for the All-Star Game proved to be an exciting experience for both fans and players, as we saw with every Kyle Lowry finals-caliber defensive stop. The wish for this year is that the ending is made even more exciting through a wild card player from any NBA team, who wasn’t initially selected as an All-Star.

Imagine we get a close game in the fourth quarter, the race to 200 getting tighter and tighter. Team LeBron, using its wild card pick, summons a mystery player from the locker room to enter the game, Royal Rumble-style. It can be anyone from Mike Conley to Danny Green and can serve any purpose whether it be a quick offense, a crucial stop, or a distraction to throw off the opponent. Imagine the possibilities.

That’s it. That’s the All-Star Game wishlist, whose true power lies in its improbability. All these things are unlikely to happen, but if at least one does happen, then it would be a welcome addition to another historic All-Star Game.