Long-time Boston Celtics executive Danny Ainge decided to retire from his role as President of Basketball Operations after the Celtics lost to the Brooklyn Nets 4-1 in the first round of the 2021 NBA playoffs.

Ainge played with the Celtics for eight seasons before getting traded in 1989. For the next six years, he played for three other teams, including the Phoenix Suns, which he briefly coached after he hung his sneakers.

The Celtics franchise hired Ainge as Executive Director for Basketball Operations in 2003 before promoting him to president five years later. The 2008 NBA Executive of the Year won a total of three NBA championships with Boston – two as a player and one as an executive.

As we say goodbye to a Celtics icon, let’s take a look at the good and the bad of his 18-year stint in the team’s front office.

The first time a casual NBA fan probably heard of Danny Ainge was when he made a blockbuster trade in 2007. He brought Kevin Garnett and Ray Allen to Boston to form a Big Three with Paul Pierce.

Then in 2013, Ainge pulled off what was considered the heist of the century, trading the aging Pierce and Garnett to the Brooklyn Nets for four unprotected first-round picks. He also managed to flip Isaiah Thomas, who was a one-time All-Star back then, for Kyrie Irving.

Those were arguably the biggest and most successful trades that he made in his career.

Ainge was known for dealing with his players with a business mindset – no sentimental attachment whatsoever. If the time and price were right, he wouldn’t hesitate to say goodbye to the fan favorites. Celtics fans hated to see the beloved Garnett, Pierce, and Thomas go, but Ainge knew that it was the right time to send them off, and he got well-compensated in return.

Ainge also had an eye for the draft. He managed to secure the Celtics’ future by selecting two bright superstars in Jaylen Brown and Jayson Tatum in back-to-back drafts. Both No. 3 picks were a direct result of the 2013 trade with Brooklyn. 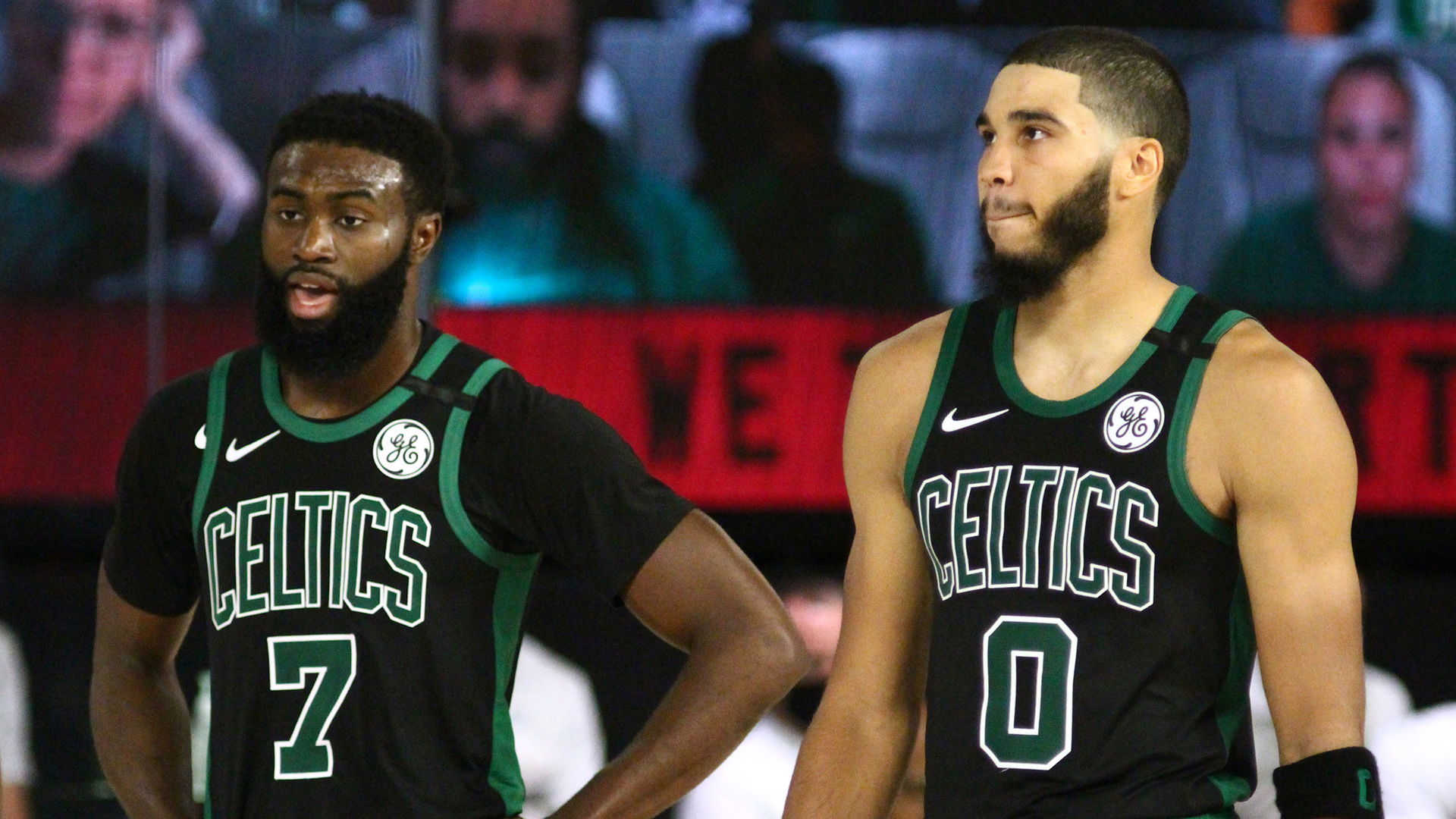 Did I forget to mention that Ainge traded down in the 2017 draft? He let go of the first overall pick in exchange for the third pick, which landed them Tatum, and a future first-rounder, which they used to select Romeo Langford (14th pick in 2019).

Ainge knew which talents would fit the team well. He chose Marcus Smart (6th pick in 2014) and Terry Rozier (16th pick in 2015), who both turned into solid role players.

Ainge may have had the tendency to lean towards more backcourt players, but in terms of talent, I think he did a phenomenal job with these selections.

With the good comes the bad. One flaw of Ainge was that he would never overpay when it came to trading for superstars.

Whenever a superstar wanted out of their team, everyone felt like Boston had the chance to acquire them. They had the money, the young talent, and the picks to put together a package that would outbid any other offer from rival teams.

However, the Celtics failed to land any of the elite talents that became available for the taking. Trying not to overpay is wise, but if top-tier athletes are available for trade, you have to offer heaven and earth to acquire them.

Ainge did a great job of collecting assets through the years, but failed to use them when prime opportunities came. The team already had the budget and the right mix of young talent and veterans that could complement a superstar, but Ainge never took that leap that would take them to the next level.

It was odd for the Celtics to build through the draft, considering they didn’t exactly have the luxury of time on their side. They had all the opportunities to get a superstar that could immediately help them win, but the GM’s conservativeness kept them from pulling the trigger. Boston was a good team for many years, but they never became the title contender they were back in 2008.

Ainge also didn’t feel the luck of the Irish for stretches. While it happens to everyone, Ainge did have some very tough luck.

In 2010, the Celtics were leading the Los Angeles Lakers 3-2 in the NBA Finals, Kendrick Perkins injured his right knee in the first quarter of Game 6 and missed the remainder of the series. The Lakers ended up winning the last two games and the championship.

In 2017, after signing Gordon Hayward to a max deal, Hayward broke his foot in a freak accident halfway through the first quarter of his first game. Hayward was never the same player in his remaining time with the team.

Then Ainge got Kyrie Irving for a bargain in the same year. Unfortunately, he didn’t quite jell with the team and it caused a lot of internal turmoil. This pushed Irving to leave after two short seasons.

In addition, the Celtics' title aspirations hit a snag in the past decade with Lebron James dominating the East before he moved to the West in 2018.

Maybe it was just not meant to be.

It will be interesting to see how Stevens will run the show moving forward, especially since this is his first front-office position after seven seasons of coaching the team. He definitely has some big shoes to fill.

Even if Ainge only won one ring, he still made moves that other teams could only dream of. As the Celtics continue their quest for their 18th championship, they can continue what Ainge has built through the years.

After all the good, the bad, and everything in between, Danny Ainge has definitely left an indelible footprint in the franchise’s history books.
All-Star Analysts
Philippine basketball personalities offering their insights on relevant NBA topics specially tailored for Filipino fans.
Norman Black Camille Clarin Jett Manuel Gabe Norwood LA Tenorio
Read Next
Features