All-Star Analyst Isaac Go builds his NBA team with players who all wore No. 11. 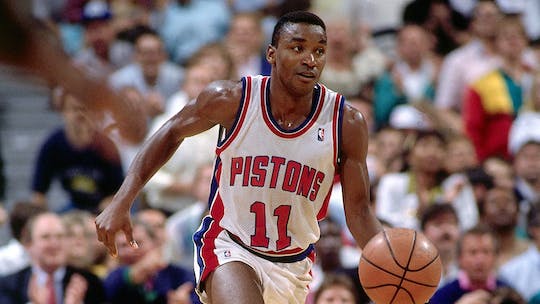 In honor of Gabe Norwood’s article on his favorite players who rocked the No. 5, which by the way you guys should check out, I built my team of 11 players who wore the No. 11.

The number 11 is special to me because it was my brother’s number in high school. He was the one who pushed me to play basketball and taught me how to play and love the sport. This is why I wore it during my college career and every time I have the chance to do so.

A disclaimer: there are players such as Karl Malone who wore No. 11 but only in his lone year with the Los Angeles Lakers. The players I selected on my team must have worn it for at least half of their career or during their prime.

Thomas was consistent and productive on both ends of the floor. He was one of the biggest reasons Michael Jordan could not get out of the East early. He also facilitated the transition from the Larry Bird-Magic Johnson era to MJ. Plus, he’s a 12-time All-Star. I wouldn’t choose any other guard on my list to take this first spot.

Since entering the league, Kyrie Irving has had some of the nastiest highlights of all time. Snatching ankles, clutch threes, dribbling exhibitions – his play is flashy but it isn't just style. Now that he’s with the Brooklyn Nets, Irving’s numbers are peaking at 26.9 points, 4.8 rebounds, and 6.0 assists. Uncle Drew is a gifted scorer and passer, and is sure to be a future Hall of Famer. If Klay Thompson wasn't teammates with Steph Curry, the NBA community would probably talk about him way more. Yes, he’s a Splash Brother and is considered one of the greatest shooters in the league, but being associated with Curry – and even Kevin Durant to an extent – puts him in the shadows despite his talent.

If you look closely, Thompson is more than capable of leading his own team with or without the help he’s getting right now in the Golden State Warriors. Before going down with two horrific injuries, he was averaging 21.5 points, 3.8 rebounds, and 2.4 assists while being just the second option in the team.

Elvin Hayes, or The Big E, is a member of the NBA's Top 50 team, the Naismith Basketball Hall of Fame, and the College Basketball Hall of Fame. He was selected as the No. 1 pick of both the 1968 ABA and NBA draft. During his 16-year career, he averaged 21 points, 12.5 rebounds, and three stocks (steals and blocks). Quite difficult to keep a guy like him out of this team. 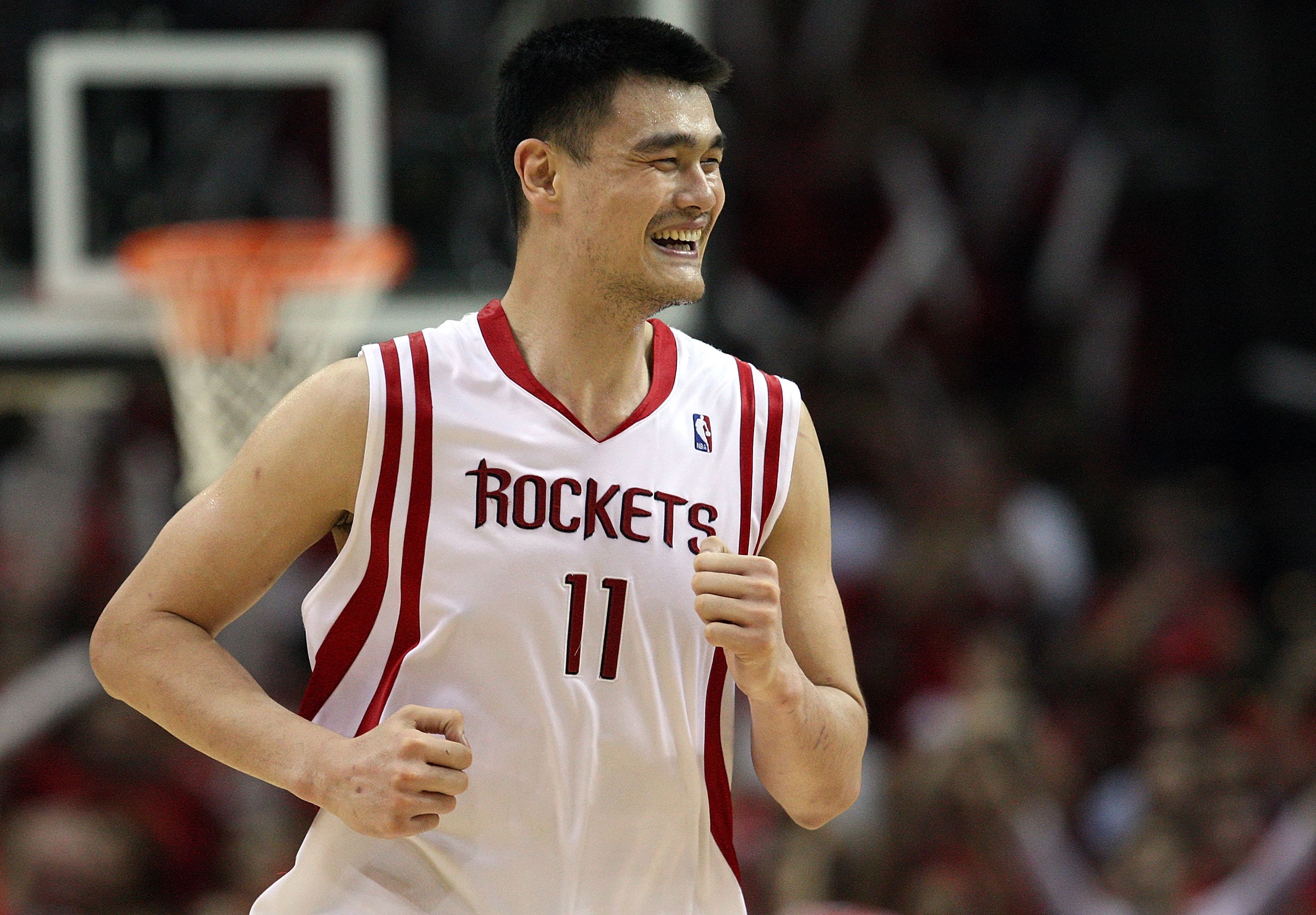 Standing at 7-foot-6, Yao was one of the giants that played in the NBA. He was an immediate fan favorite because of his height, personality, and of course, his skill. Yao had a soft touch, which, combined with his height, would practically be unblockable.

He routinely made the All-Star team every year in his first seven years, which was a testament to his popularity and skill. Even if injuries cut his stellar career short, the impact he had on the game both on and off the court is undeniable.

I love Mike Conley’s game. He is of the most underrated players of the decade and it shocks me that he was only selected as an All-Star for the first time this year. Now with the Jazz, he wore No. 11 when he was with the Grizzlies. He always seems under control, produces consistently, and plays both ends of the floor. If there is one part of his game that I would love to have, it would be his off-hand floater, which I tried to replicate but to no avail. 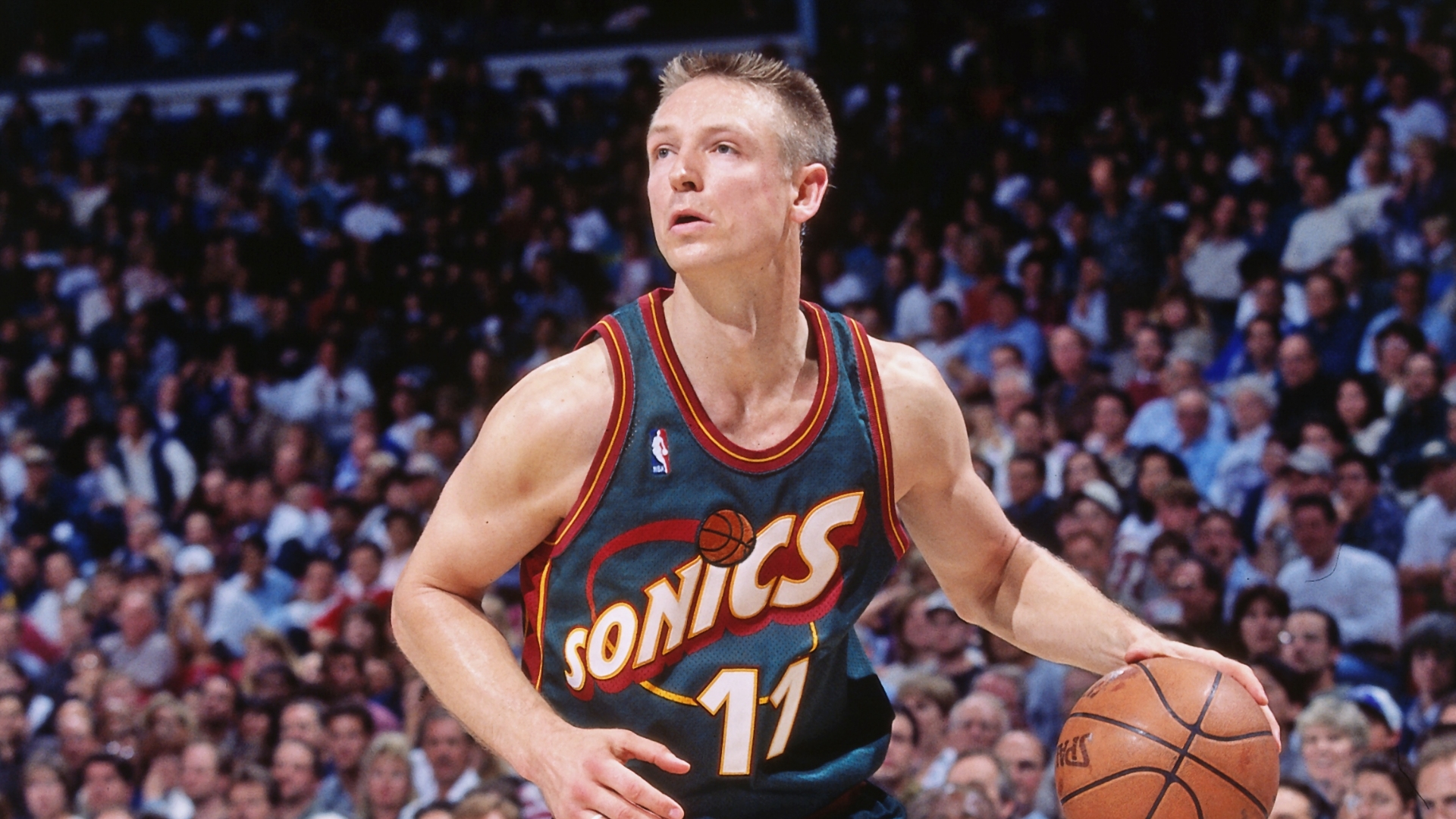 A lot of you may not know who Detlef Schrempf is. To be honest, I only heard of him because of the old PS1 video game series NBA Shootout. While looking through the teams and rosters, my brother mentioned that Schrempf was a shooter, and he was right.

Schrempf may not have worn No. 11 for his entire career, but the FIBA Hall of Famer did rock the number in Indiana and Seattle where he had his best run. At that point, he was averaging around 16.5 points, seven rebounds, and four assists on 50/35/80 percentage splits. Those are pretty solid numbers.

Like Conley, Jrue Holiday is one of those underrated players. He’s a great two-way player and most players consider him as one of the best defenders because of his combination of speed and strength. So it comes as a surprise that he only has three All-Defensive team selections in 12 seasons. By now, you would think that he would have more for the praise that other players in the league give him. Another knock on him is he lacks the playoff success that most players on this list have, but he has a chance to prove it now with the Milwaukee Bucks advancing to the Eastern Conference Finals. He wore No. 11 when he was with the 76ers and the Pelicans.

Sadly, most NBA fans were not able to see the prime of Arvydas Sabonis, father of Pacers big man Domantas. Despite being drafted in 1985 and again in 1986, he wasn't able to come over until 1995. When he was in Europe, he turned into one of the biggest international icons of the era. Then when he came over to the NBA, he remained productive during his seven-year career in the league.

Sabonis’ accomplishments in the sport had him enshrined into both the Naismith Basketball Hall of Fame and the FIBA Hall of Fame. I still wonder what it would be like to see him during his prime, since we only managed to catch him at the tail end. 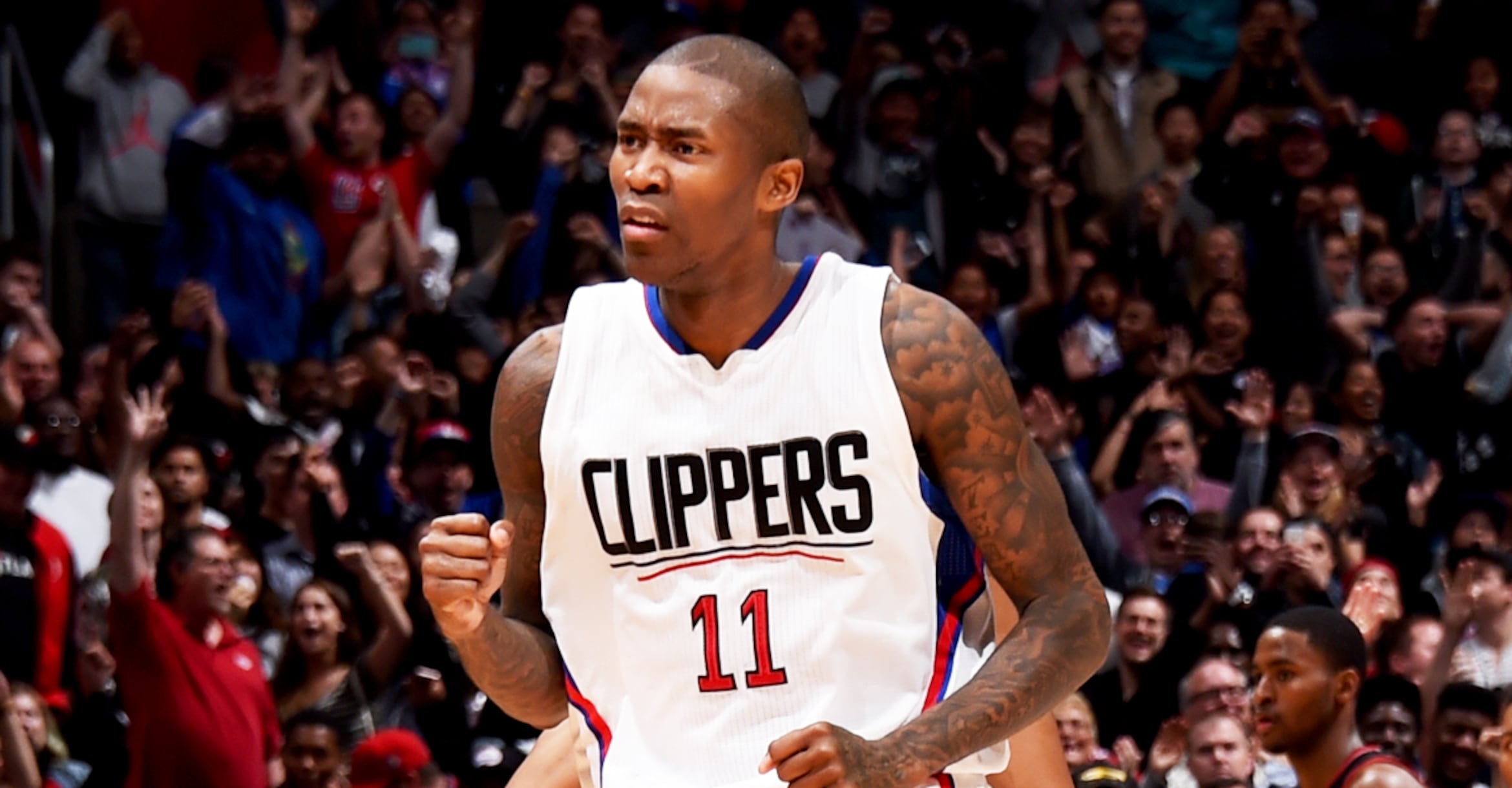 Jamal Crawford is the best sixth man in NBA history, or until Lou Williams overtakes him. He is one of only two players to win the Sixth Man of the Year award three times, and he’s one of only three players to score over 10,000 points coming off the bench. Crawford is well remembered for his nasty crossovers, scoring outbursts, and four-point plays. Yes, he has the most four-point plays in NBA history. He’s that scoring punch that every team would want to have off the bench for their team.

One of the rising stars in the league today, Trae Young definitely has taken the league by storm. He is currently the face of the Atlanta Hawks. In his first playoff run, he’s already averaging 30.5 points and 10.5 assists. Plus, he also just led his team to the Eastern Conference Finals for the first time in six years. We will be talking about this guy for a very long time, and for him, the sky's the limit.