All about NBA 2K player ratings

How are NBA 2K ratings computed and why do NBA players take their ratings seriously? Do you agree with the recently released 2K22 ratings? Luka Doncic is one of the featured cover athletes of NBA 2K22.

Black Mirror is a TV series built on the premise that, in general, humans tend to take technology and innovation too far. In one of its most chilling episodes “Nosedive", we're taken to a world where public perception is the main form of social currency. People give each other grades for every social interaction, which then gets tabulated to what is essentially your credit score, only it’s readily available for everyone to see and it decides what you get in life.

A less dystopian version of this is an NBA player's relationship with his NBA 2K rating.

The annual release of NBA 2K is one of the most anticipated offseason entertainments. Along with every release, we get hype trailers, cover athlete reveals, and gameplay footage that inch closer to real-life games every update. Each marketing aspect gets its own day or two in the NBA Twitter spotlight.

The biggest fodder for fans are player ratings. If you’ve never played the game, these ratings may seem arbitrary, when in fact they’re one of the game's most meticulously crafted mechanics. A huge part of NBA 2K is how each player mirrors how they play in real life.

Learn to hold the sprint button and barrel your way to the rim with Giannis Antetokounmpo and you get easy dunks and layups. Pull up from halfcourt with video-game Steph Curry, Trae Young, or Damian Lillard and they will most likely make the shot. Even LeBron James' or Michael Jordan’s clutchness is captured in the game as their stats go up late in close games.

All of this is a product of 2K's roster team headed by Mike Stauffer. Contrary to popular belief, Stauffer and his staff don't just conjure numbers according to how they perceive players. Every skill corresponds to an attribute in the game – from shooting skills to physical attributes like speed, and even intangibles like offensive awareness.

Stauffer and his team comb through game tape and even advanced statistics like Spectrum data to assign a value for each player’s attribute. Once each attribute is made for a player, only then will his rating be computed through a built-in formula that accounts for his position and playstyle.

“There’s this myth that I just pick a player’s overall rating,” Stauffer told HoopsHype in 2017. “Some people think I just look at, say, Kevin Durant and decide, ‘Hmm, Kevin Durant’s overall rating is a 96!’ No. I’m entering in about 50 individual attributes and there’s an overall formula that factors those in, along with things like position and player type and that’s what determines these overall ratings.” 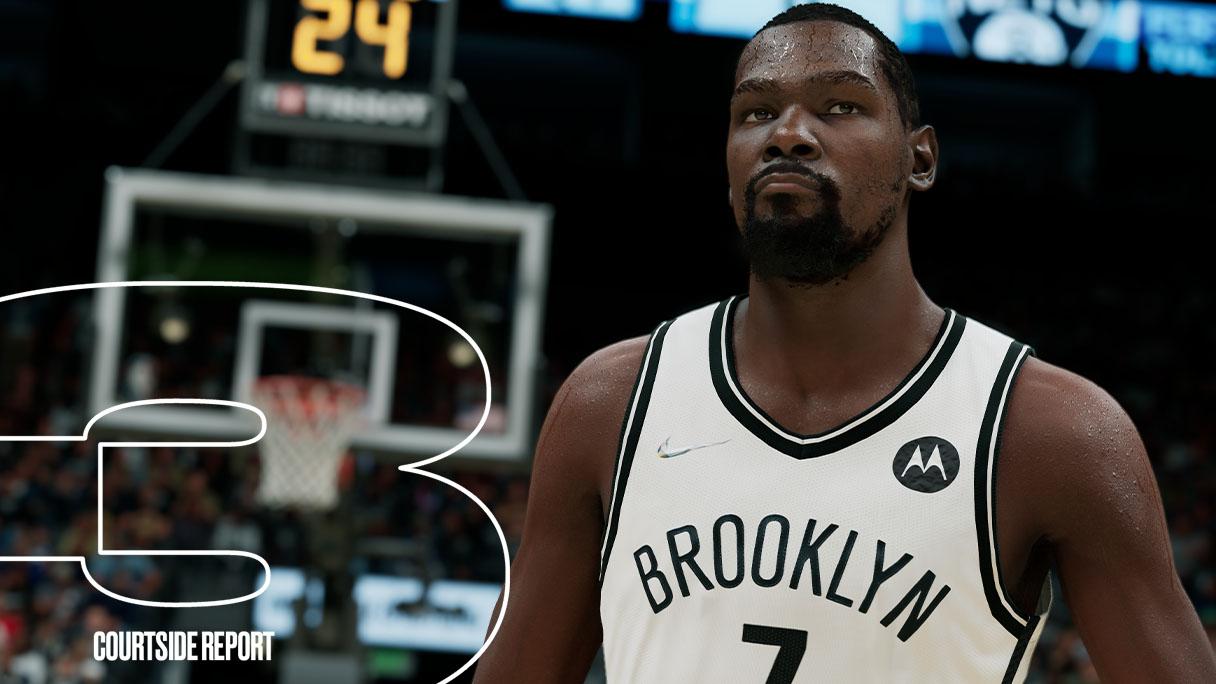 For NBA 2K22, Kevin Durant, LeBron, Steph, and Giannis are all going to debut with 96 ratings while league MVP Nikola Jokic, MVP runner-up Joel Embiid, and Kawhi Leonard are all rated 95.

It's important to note that a 99 rating is near impossible to achieve at the start of the season for newer games, since 2K has added legends like Michael Jordan, Magic Johnson, and Larry Bird to the game. The developers have had to put those Hall of Famers' stats into perspective.

The debates that arise every time player ratings are released have become the lifeblood of 2K's marketing push. The first NBA 2K game came out in 1999, but it wasn’t until the last decade that the fuss about the ratings grew.

Last year, the NBA was able to hold a virtual 2K tournament with representatives from each team. This just shows that today’s players grew up with a controller in their hands as much as a basketball. Combine that with the rise of social media and you get an easy marketing tool.

There have been a lot of great examples of players publicly expressing their discontent with their 2K rating -- from Hassan Whiteside to Kyrie Irving.

Since around 2K18, the ratings reveal has turned into its own campaign, headed by NBA 2K’s community figurehead Ronnie Singh or better known as Ronnie 2K.

What do you think of @ecambage rating???

Singh has some wild stories about being confronted by NBA players regarding the 2K ratings, including one that put him on the spot during Harrison Barnes’ wedding in 2017, where several NBA players were in attendance including Wesley Matthews who was upset about his player rating.

“[Matthews] found out that he was a 78 overall and he got pretty upset about it. He kept talking to Rick Carlisle about it,” said Singh via HoopsHype. “Well, Rick was the MC of Harrison’s reception. It got to the point that during the reception, in front of about 40 NBA players, Rick gets on the mic and says, ‘Ronnie, we have to address this rating thing right now. You need to come up here.’”

We’re talking about some of the most confident athletes in the world. Having a rating system that ranks them relative to their peers, even if it's just for a video game, gets in these guys’ heads easily.

As much as this encapsulates the NBA players' concern for their brand, this constant outcry about ratings speaks to how solid a game NBA 2K is.

For those new to the NBA or even to basketball in general, picking up 2K and learning the game and the players from there is probably the best first step. The game looks and feels very close to the NBA experience, no matter what the players say about their ratings.