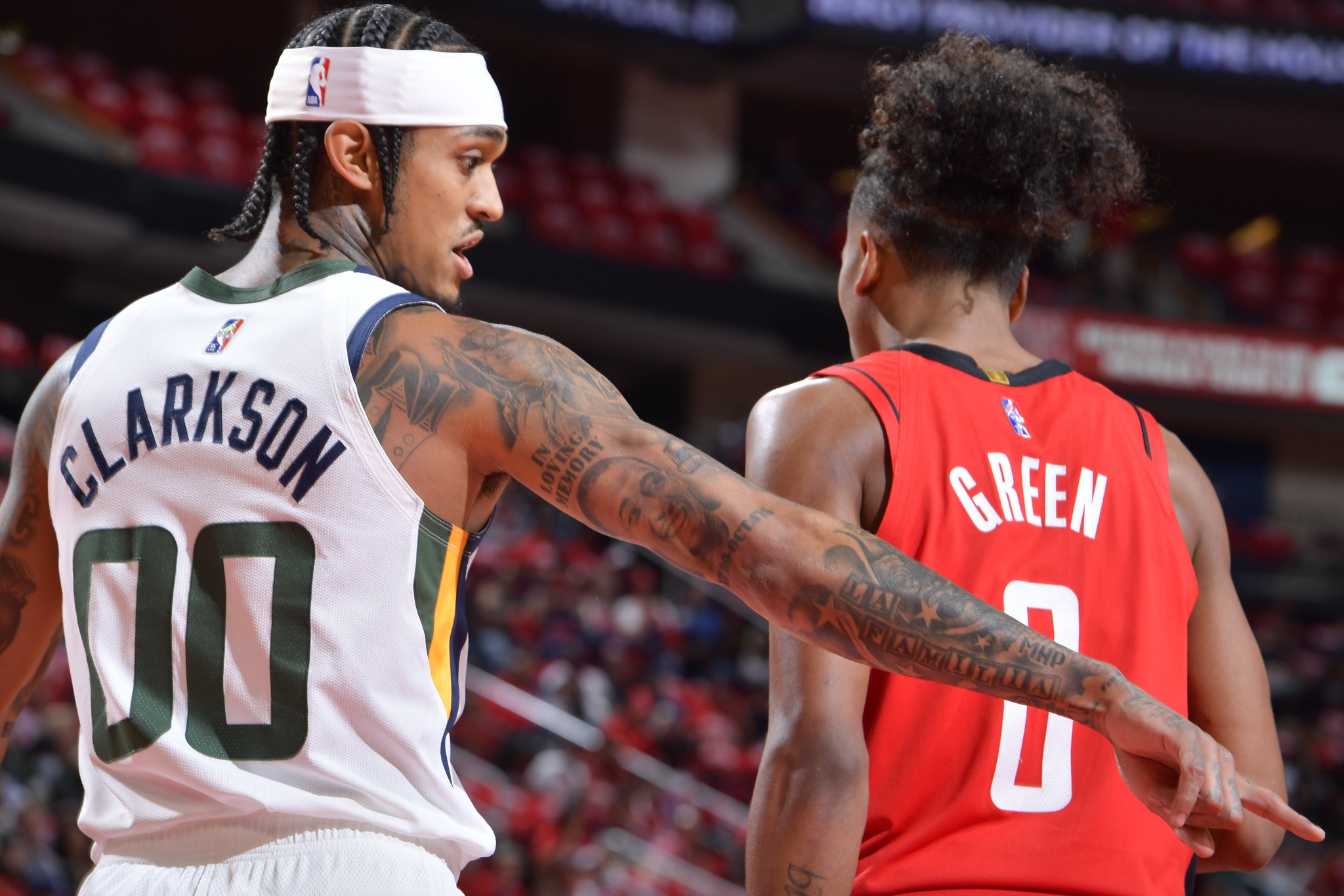 What are your thoughts on the historic Jordan Clarkson-Jalen Green matchup?

Camille: The representation is amazing for the next generation of Filipino ballers. It marks the hopeful beginning for more of our kababayan repping NBA threads.

Gabe: It was great to see Jordan and Jalen go up against each other, especially in a city like Houston, where there is a pretty big Filipino community. I’m excited to see them go at it again.

Isaac: Having both players on the court was a huge step forward for Philippine basketball history. There are going to be Filipino kids who will grow up and aspire to make the NBA because of them two. I can’t wait for a game where both of them go at it and trade baskets like the Dion Waiters vs. Tim Hardaway Jr. rising star duels.

Whose hot start are you buying: Knicks, Wizards, Warriors, Bulls?

Camille: Warriors without a doubt. Curry is out for blood and he's not cooling down anytime soon. The rest of them are bound to fall off sooner rather than later.

Gabe: I’m buying the Bulls. It’s early, but they seem to have everything clicking right now.

Isaac: It would have to be the Warriors. They have the experience, the team chemistry, a better team, and one of the best players in NBA history. They are poised to make a strong run especially that they have a few pieces waiting to return from injuries. The Warriors revenge season is underway.

Which NBA players had the best Halloween costumes?

Camille: Tyrese Haliburton and Karl-Anthony Towns took the cake for me because of their plus-ones (Haliburton's puppy and Jordyn Woods).

Gabe: The best Halloween costume has to be between Russell Westbrook and LeBron James. They went with old-school horror flick characters, but the makeup, attention to details, and accessories put them over the top.

Isaac: For me, it’s got to be Terry Rozier, who went as himself, Scary Terry. It really takes some guts to go as yourself especially during a time where people use it to be somebody else. Very ballsy.

Camille: Anthony Edwards’ poster, for sure. The height and athleticism it takes to pull that off is ridiculous.

Isaac: As much as the Ant Man’s posters are jaw-dropping, we saw him do it in college and you’d expect it from a No. 1 pick. Meanwhile, Cole Anthony has been balling like crazy lately. He’s really commanded this young Orlando Magic squad with his shot creation and all-around game. He’s providing a little magic for Orlando fans.

Camille: I’d have to go with Patty Mills. He was amazing off the bench for the Spurs last year, then he was even better during the Summer Olympics. With Kyrie Irving's absence, he has the perfect role to fill, which will maximize his potential.

Gabe: Jordan Clarkson is my pick until someone knocks him off, but Tyler Herro is making a strong case so far. He seems to be back to the level he was playing with in the Orlando bubble.

Isaac: Expectation is the thief of joy. After the bubble, people thought that Tyler Herro would take another huge step. He took a step forward the following season, but people felt disappointed despite his across-the-board improvement. This season, he has taken things to a completely new level. Despite the addition of Kyle Lowry, he’s improved to average 22.0 points, 6.5 rebounds, and 4.5 assists with 45-40-85 splits which is great. He has the stats, the narrative, and they’re winning so he’s my early front-runner for 6MOY.

For the 6th consecutive year, Jordan Brand will outfit the league’s top players for the 2023 NBA All-Star Game in Salt Lake City.