All-Star Analysts talk about their all-time favorite jersey designs, what’s next for the struggling Blazers, the “Family Dinner on NBA Lane” spot, and more! 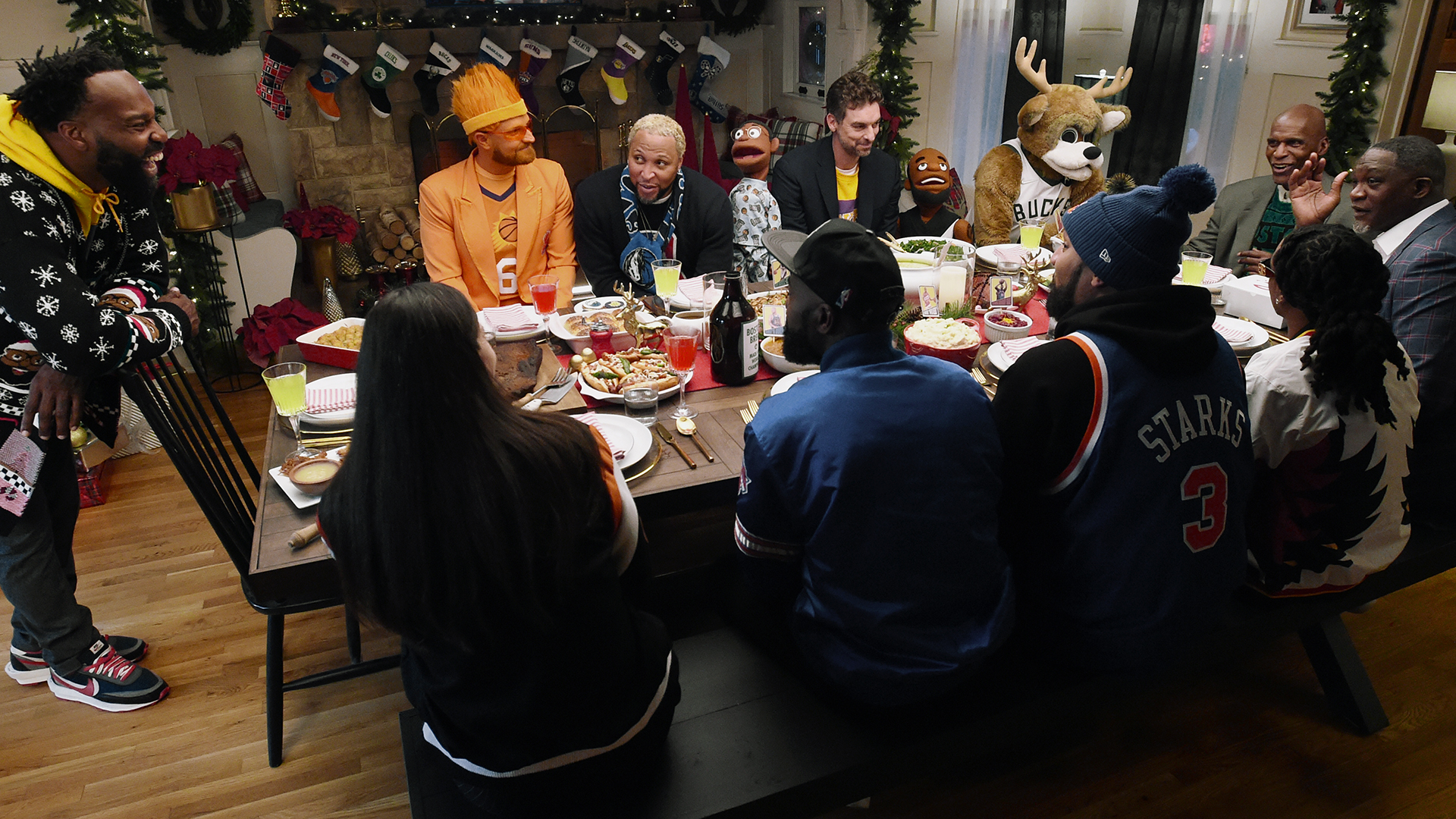 Who from the Grit ’N Grind era deserves to have their jersey retired next?

Diego Dario: I think Mike Conley deserves that as well. He played 12 years for the franchise and had his best years with them. He’s been consistent throughout his career and was the court general for that Grit ‘N Grind Memphis era.

Coach Sandy Arespacochaga: Without a doubt, the next jersey that the Memphis Grizzlies should hang to the rafters should be Marc Gasol's. When you talk about Memphis and ZBo, you cannot exclude Marc Gasol from the conversation. Grit 'N Grind is Zbo and Marc. And it's a matter of when, and not if, as the Grizzlies have already said before that they will retire Marc's jersey in the near future. I can already envision Gasol walking into his jersey retirement ceremony like he did before when he hit a game-winner: lakad mayaman with big strides and with arms flailing.

Camille: Toronto Raptors (Original Dino) worn from 1995-1999. A jersey design beyond its years!!

Diego: I would have to go for Miami’s fourth edition Vice jerseys. One of the most creative designs for me with the blue and pink gradient.

Coach Sandy: There’s a lot to choose from! I like the Nuggets’ rainbow skyline jerseys, the Bulls’ black pinstripe alternate jerseys, and the Minnesota KG-era jerseys with the pine trees outline and the jagged Timberwolves lettering in the front. But I think I have to go with the first jersey that I ever liked. I started watching during the Bird versus Magic, LA and Boston era so I’ll have to go with the Lakers’ purple away jerseys. That jersey and that purple color can only be attributed to the Lakers. Color of royalty. A classic.

Hawks, Knicks, Timberwolves: Which team has been underperforming so far?

Camille: For me, the Knicks have been the most disappointing team this season. They made some promising trades, but they're not working out as anticipated. It's like on paper they should be killing it, but on the court, it's a whole other story.

Diego: I would have to go with the Knicks. They played really well last season with Julius Randle coming out of his shell. This year, though, I feel like they’re losing their identity on defense. That’s how they became a tough playoff team last season and they will have to get back to that.

Coach Sandy: The most disappointing team so far for me has been the New York Knicks. I really thought they would take the next step up, with the experience they gained from last year's very good season and the addition of Kemba Walker in the offseason. This team has a good mix of vets who know Thib's system and promising young guys who have shown good potential. Well, it’s still early and for sure Coach Thibs will get his team back to their winning ways. There are a lot of other good Eastern Conference teams that have emerged, though, so I hope they start winning sooner rather than later.

With CJ McCollum out indefinitely, what’s next for Dame and the Trail Blazers?

Camille: Let's be honest, Dame hasn't been playing his best and now that CJ is out, the Trail Blazers are in for a difficult road ahead. Ideally, they should consider making some trades, whether that means taking in players to make them competitive again or sending out the stars to start a rebuild, they need to start thinking about the future of their organization.

Diego: Man, as a Dame fan, it's tough. I wanna see him back in the playoffs together with CJ to prove that they are a contender. But right now, they just have to control what they can—develop the young guys and get used to the system of Chauncey Billups. We’ll never know, though. When CJ comes back, he might help this team sneak into the playoffs.

Coach Sandy: CJ McCollum’s injury is a big blow to the Portland Trail Blazers, because Dame has been playing through an injury of his own as well. Furthermore, CJ's injury might take him out for quite some time. With new coach Chauncey Billups, Portland has been adjusting to a couple of these changes and their record is hurting. They just changed their starting five, starting Nassir Little for CJ and Larry Nance Jr. starting at the four. Let’s hope that Anfernee Simons can help fill in the points that CJ provides. The involvement of Jusuf Nurkic is going to be key for them as well. If not, things are going to get rocky in Portland.

What was your favorite bit from the “Family Dinner on NBA Lane” Christmas spot?

Diego: Everything! Seeing familiar faces from the old NBA like Baron Davis, Shawn Marion, Pau Gasol, and Dominique Wilkins made me feel nostalgic. It also made me realize that they are fans right now just like everyone else—enjoying retirement and watching the NBA evolve. My favorite part is the rhymes, though, more than anything. Very creative. Can’t wait for the Christmas games!

Coach Sandy: My favorite in the NBA Christmas Dinner commercial has to be Robert Parish. When he said, "Try that in '86!”, it instantly reminded me of my tito. You know, the tito who says, "Wala ‘yan sa panahon ko!" and will tell stories of the good old days. And I want to hear those kinds of stories! Maybe we can ask our Tito Norman Black to tell us more basketball stories here.