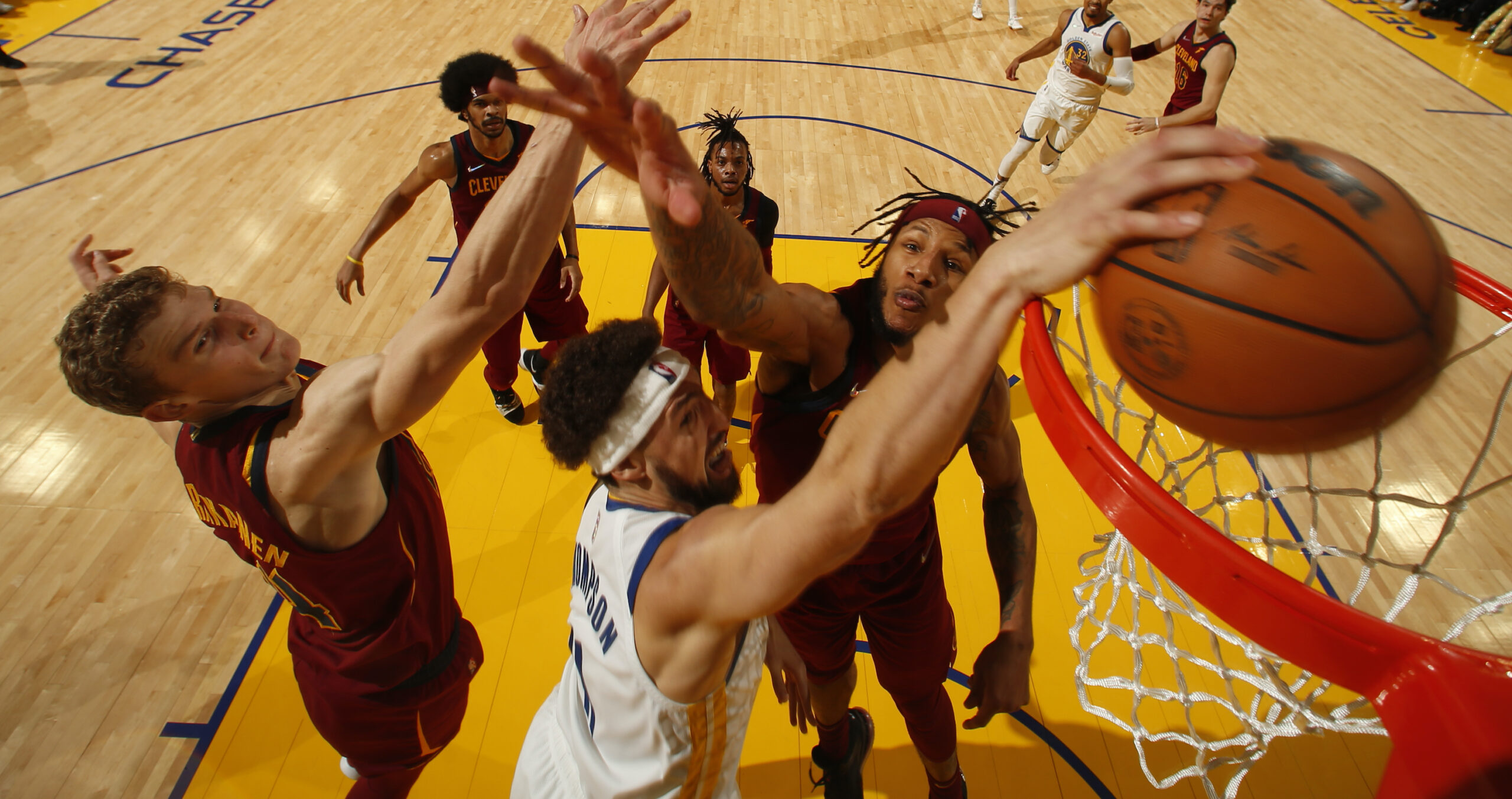 What was the best part of Klay Thompson’s first game back? What did you miss most about him?

Bea Daez: His dunk! It was the perfect statement that he’s back 100 percent and like he never left. I honestly just missed his swag and confidence on the court. I loved his picture-perfect form and how he always had his game face on the floor.

Chris Newsome: For me, the best part about it was the fact that he had the whole NBA community behind him. That just shows how special of a player he is to the league and speaks volumes of his impact on the game. I definitely missed seeing his persona on the court more than anything. When he’s on the court, you’ll definitely know it and feel it.

Nikko Ramos: 18 shots in 20 minutes (laughs). Especially the first one, when he blatantly, willingly disregarded the play call and just shot it the first chance he had. It’s classic Klay Thompson. The game missed that – a high level performer who, and excuse my language, does not give a *expletive* about anything else except getting buckets.

Are we all sleeping (again) on Nikola Jokic’s MVP campaign?

Bea: Yes! I think that if it was just based on individual stats, he should be No. 1 in the MVP race this season.

Chris: Yes, Jokic is silently having another MVP-caliber season. And he’s doing this with an almost completely dismantled Nuggets lineup. The Nuggets are amongst the top in the league this year in terms of injuries. It’s unfortunate for the team, but again, it just shows how talented and dominant the Joker truly is. Carrying a team on your back is WHAT MVPs DO!!!

Nikko: Are we? I don’t necessarily sense that there's a strong push for anyone, Jokic included, for MVP. He’s having another tremendous year, and by far, he’s one of the first five players you’d draft if the whole NBA restarted. But I feel like the many complications and oddities of this season have made many things, the MVP race one of them, seem secondary. Is Kevin Durant the MVP or is it Jokic? Giannis Antetokounmpo? Steph Curry? LeBron James? This question takes a backseat to “Is the season gonna finish? How much longer can these 10-day contracts and hardship signings keep this season afloat?”

Which former player reminds you of Ja Morant?

Bea: This is a hard one! Ja Morant is like no other but he probably reminds me of a prime Derrick Rose. They are both extremely athletic and explosive. They can both score relentlessly inside and outside. They are both a joy to watch when they attack the rim.

Chris: Ja is just an incredible talent and slowly becoming one of my favorite players of this generation. He shows no fear like Allen Iverson and has the athletic ability of MVP D-Rose. Plus, he has shown some signs of ‘Flash’ (D-Wade) in his game. He’s only getting more and more comfortable as he gains more experience. If Ja can stay healthy throughout his career, he just might be able to find himself in an MVP conversation real soon.

Nikko: BD. Baron Davis. But if you took away 25 XP of strength and reallocated it to hops. Quick, agile, not scared of anyone. Crossover’s top notch, scoring in the paint is elite, plus the possession-by-possession potential to (Andrei) Kirilenko someone with a tomahawk. God bless Ja. Long live BD.

Can the Cavaliers sustain their success with Rajon Rondo at the point?

Bea: Yes, I think so. Without Ricky Rubio, the Cavs were really lacking that veteran playmaker on the court. He will have a great tandem with the young Darius Garland and provide the stability for Kevin Love and the rest of the Cavs.

Chris: Yes, the Cavs are playing really good basketball and the great thing about Rondo, HE KNOWS HOW TO WIN! He might just be the veteran they needed to pull it all together. They have very solid pieces all the way through the line-up. Similar to what we have seen with Chris Paul and the Suns, the Cavs just need that floor general to get them to play playoff-level basketball because as we all know, playoff basketball is a different game.

Nikko: I think it’s high time people stopped putting a cap on what the Cavs can do. They were underestimated in the preseason when they were whole. And then Collin Sexton went down and people thought the nice start was cute but over. And then Ricky Rubio took over the lead point guard role and firmly planted the Cavs in the playoff race. It’s important to qualify what ‘sustain success’ means for them. If they make it to the playoffs, is that successful for their standards? If so, then yeah, Rondo can play enough of a role in getting them there, a bulk of the work is done already anyway in terms of racking up wins. Is a second round appearance the measure for success? That’s still in the cards, although it’s flirting with overachieving in my opinion. I don’t think anything beyond that is a reasonable expectation for them even when they had all their guys.

So are the Cavs better off with Rondo instead of Sexton/Rubio? No. Are they worse? Sure. Is it so bad they’ll completely taper off and fall out of the cushion for what would have been a ‘successful’ season by their standards? Not at all. So long as Darius Garland keeps playing at an All-Star level, Evan Mobley at a ROY-candidate level, and their three-big lineups zag enough that it keeps throwing opponents off, they’ll be fine.

Bea: More than a memory, whenever I think of Dirk, I always think of his signature one-legged fadeaway. I remember when I was still a kid and all my brothers would practice his shot growing up. The way Dirk does it is just different and almost patented in my mind.

Chris: My favorite Dirk memory would have to be the time he won Finals MVP in 2011. This was so significant because he led his team to beat one of the BEST Big Threes in NBA history, facing prime LeBron James, Dwyane Wade, and Chris Bosh. Nobody expected the Mavericks to win, but Dirk proved he was unstoppable with his patented one-legged, unblockable fadeaway. Dirk changed the game with this signature shot and you can now see many of the top players in the league today imitating that shot the same way people try to imitate MJ’s signature fadeaway jumpers.

Nikko: Being in the building when he dunked in the 2015 All-Star Game and did the Vince Carter celebration. There were audible laugh-out-loud reactions in MSG that I had never heard before at a sporting event. That’s it for me. I’ve been blessed to meet Dirk actually and speak to him a few times and he was gracious and a true class act. His peak as a player was a joy to watch. But what made him so special for me was how he didn’t take himself seriously all the time, especially in the last years of his playing career. He was self-deprecating and hilarious and a great sport. A true role model. There’s enough cranky everything-was-better-in-my-day retired athletes. Dirk’s demeanor is admirable, special – no wonder he’s so beloved.