All-Star Analysts discuss players who could become TV analysts, how Caris LeVert impacts the Cavaliers, what All-Star Weekend event they would add, and more! 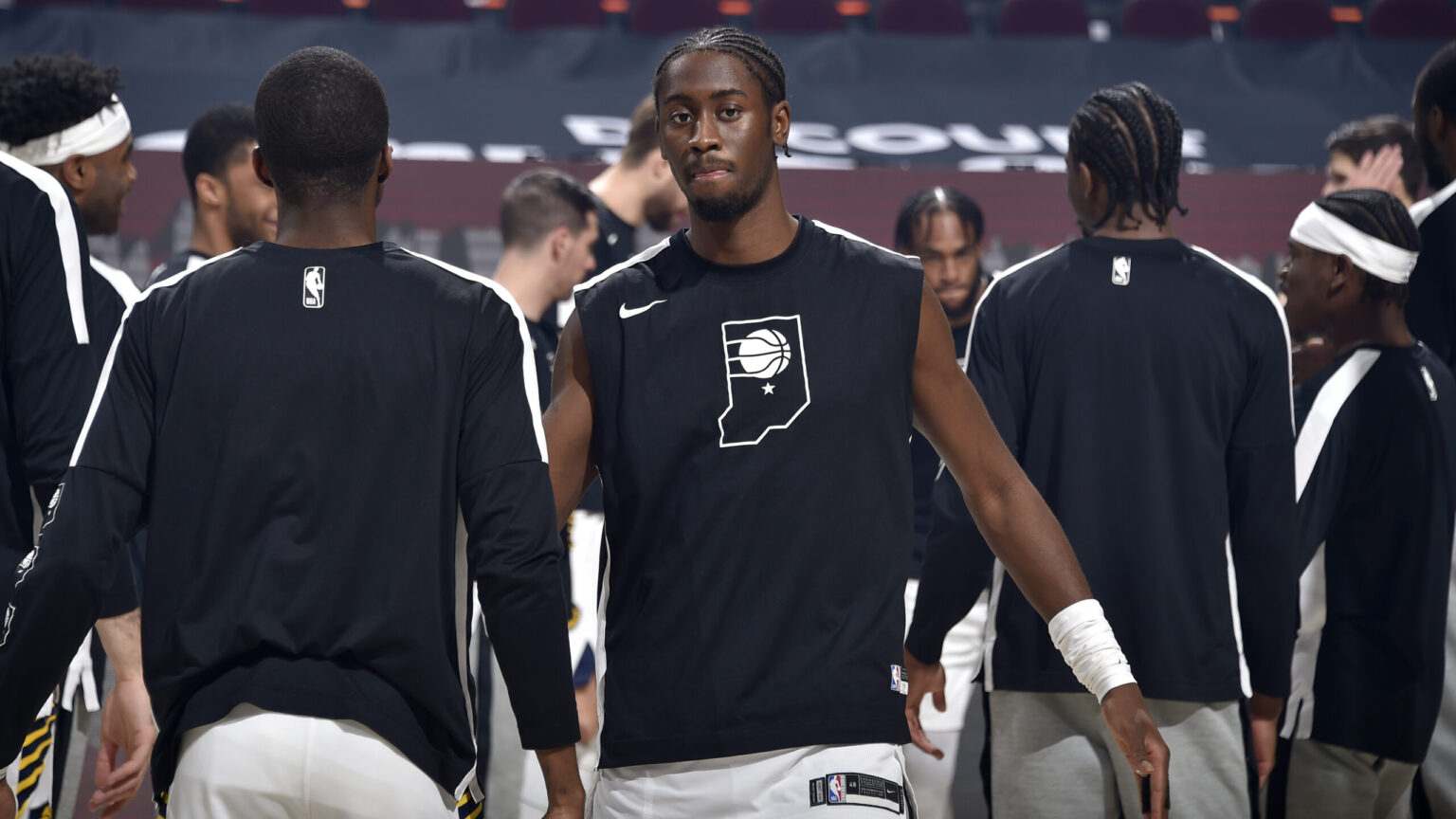 Who needs to break up with their team?

Coach Norman Black: I don't know about anyone getting traded but one of the centers that want out of their team should go to Charlotte. Miles Plumlee and PJ Washington have been doing admirably, but upgrading their big man spot should do wonders for them.

Bea Daez: Ben Simmons. He has been asking for it anyway so might as well give it to him. It's been too long since he last played. Hopefully, the Sixers get someone who can complement Joel Embiid, who’s playing his best season yet. A catch for a good point guard would make the team to beat in the East for me.

Chris Newsome: I honestly feel like the 76ers are ready for a breakup with Ben Simmons. They are finding their rhythm without him and Tyrese Maxey has surely stepped up. Now if they can get a solid piece in return, without asking for too much, you just might have a legit title-contending team in Philly that can win NOW! I’m interested to see how things will unfold in the next few days but this move is on everybody’s radar.

Along with Draymond Green, which current player would you like to see get a shot at the TNT desk?

Coach Norman: I met Rajon Rondo when he came here to the Philippines a few years back and he seemed like a more mellow guy.

Rondo's one of those players that you know can be a coach in the future. He's very candid and sees the game in an interesting way so his analysis and personality should be interesting in that setting.

Bea: JJ Redick! I’ve been listening to his podcast and love his insights. Not sure if there would be a conflict since he’s an analyst as well for ESPN, but would love to see his dynamics with Shaq and Chuck.

Chris: I would love to see Chris Paul on the TNT desk. He’s very intelligent, speaks well, and let's face it, he knows how to play basketball. I do believe his words on how to play the game the right way can impact the young viewers and help them to become better basketball players themselves. Also for the older crowd, we may be able to pick up some gems we’ve never thought about just from hearing one of the best point guards to ever play the game on the panel.

Which player needs to work out with Hakeem Olajuwon?

Coach Norman: Chris Paul is such a good player that you can't really tell if the big man he's playing with is a good pick-and-roll player or if Paul just makes them look like that. The Suns just survived a couple of weeks with Bismack Biyombo as starting center.

With that said, Deandre Ayton has been a solid floor player. He plays with such good rhythm and chemistry and Chris Paul that their pairing alone can power the Suns' offense for large stretches.

Ayton is also a solid rim protector. Adding a few post moves so he can operate outside the pick-and-roll with Paul would round out his game. He doesn't need to be dominant, just competent.

Bea: Pascal Siakam. I think he has so much potential and has yet to reach his peak despite his 21-point and 8-rebound averages this season. He plays more comfortably as a stretch four,but once he perfects his inside game with Hakeem Olajuwon, he will be an All-Star shoo-in next year.

Chris:  I would love to see Giannis work with Hakeem. Giannis has been constantly trying to prove his doubters wrong about his jump shooting, and there's no problem with that, however, he is almost unstoppable in the paint or near the basket. I do feel for Giannis to take his game to the next level, it’s not necessarily with his shooting, but he needs to get a solid post-up, mid-range back-to-the-basket, face-up game. With his size and physical ability, he can easily be the most dominant player (on both sides of the ball) in the NBA today. Just takes some time to hit the court with an older dog to learn some new but old tricks.

Coach Norman: If you look at what the Cavs lost due to injuries to Ricky Rubio and Collin Sexton, they missed a shot creator. They needed another guy to carry the offense who could score and pass. LeVert provides that, averaging around 18 points and four assists. He isn't the most efficient guy, but the Cavaliers needed another dimension to their offense. They were already good without LeVert in the lineup, they should only get better with a capable offensive player soaking up minutes from Dean Wade and Isaac Okoro.

Bea: I think he would definitely help the Cleveland Cavaliers but the East is so stacked that there really is no clear team that stands out to win it all yet.

Chris:  Caris LeVert is a straight-up BALLER! I saw this coming during his time in Brooklyn and knew it was just a matter of time before he bounced back from his injury. Now being part of an already solid Cavs team, I believe Caris is exactly what they need. A real solid wing scoring option. They have a great point guard in Garland with Rondo backing him up. Depth with the bigs having Jarrett Allen and [Evan] Mobley manning the paint. Kevin Love and Lauri Markkanen as solid back-ups, and now a relentless scoring option in LeVert at the wing with a hungry young backup in Okoro. I love this move by the Cavs’ front office and I’m excited to see this new look Cavs team making some noise come playoff time!

What event would you add to All-Star Weekend?

Coach Norman: First of all, they need to keep Kevin Hart retired from the celebrity game. He's funny, but we need other people to win that honor. If there's an event I'd expect the NBA to add, it's some sort of 3x3 event. Maybe they can do it with rising stars, former players, celebrities, or a mix. The NBA has always been good at keeping up with trends around basketball and 3x3 has been growing around the world.

Bea: Who can shoot the farthest 3-point jump shot since everyone seems to be mastering that nowadays. Steph Curry will be the clear winner, though. Calling it already.

Chris: An event I would love to see at All-Star weekend would be a talent show. Many players in the league have multiple hidden talents that many people don’t know about. It would be cool to see a talent show with judges, similar to America’s Got Talent, but instead call it, “NBA’s Got Talent”. This could definitely be a lot of fun for the fans and viewers alike plus allow the NBA players a unique outlet for other passions of theirs. You never know what some of these players will come up with these days!