Athlete Advocacy: NBA players use their platform for change

NBA.com Philippines lists down NBA players who have been using their platform and influence to make a difference in their communities.

In recent years, the NBA has been more persistent in giving social advocacies a platform. The league has successfully brought media attention and financial aid to programs that have been helping different communities.

However, some players take it a step further, actively participating in causes that mean a lot to them. A number of players have made it their goal to engage in philanthropic activities, especially in areas that they feel need the most work.

Because players no longer feel confined in focusing on their athletic careers alone, some of them have already taken to the streets in order to make a change.

Here's a list of NBA players who have been heavily involved in their social advocacies.

On May 31, 2020, Jaylen Brown drove 15 hours back to his home state of Atlanta to help organize and lead the peaceful Black Lives Matter protests. This comes after the arrest of former Minneapolis police officer Derek Chauvin who was charged for the death of George Floyd. The protest focused on spreading awareness on the issue of systemic racism that is prevalent in the United States, along with putting pressure on the justice system to arrest and prosecute abusive police officers.

“Now, I’m aware some Americans have the birthright and privilege to see police officers as protectors and maybe even peacekeepers or even embrace heroism. Unfortunately, I’m not from that side of America. I’m from the other side where people are in fear or terror of the police,” Brown said in an interview.

At only 24 years old, Brown has publicly supported Colin Kaepernick’s protest, detested Donald Trump’s hateful messages, led a talk at Harvard University and organized the mentioned Atlanta protest. He is considered one of the most socially active players in the NBA, especially on issues such as racism. 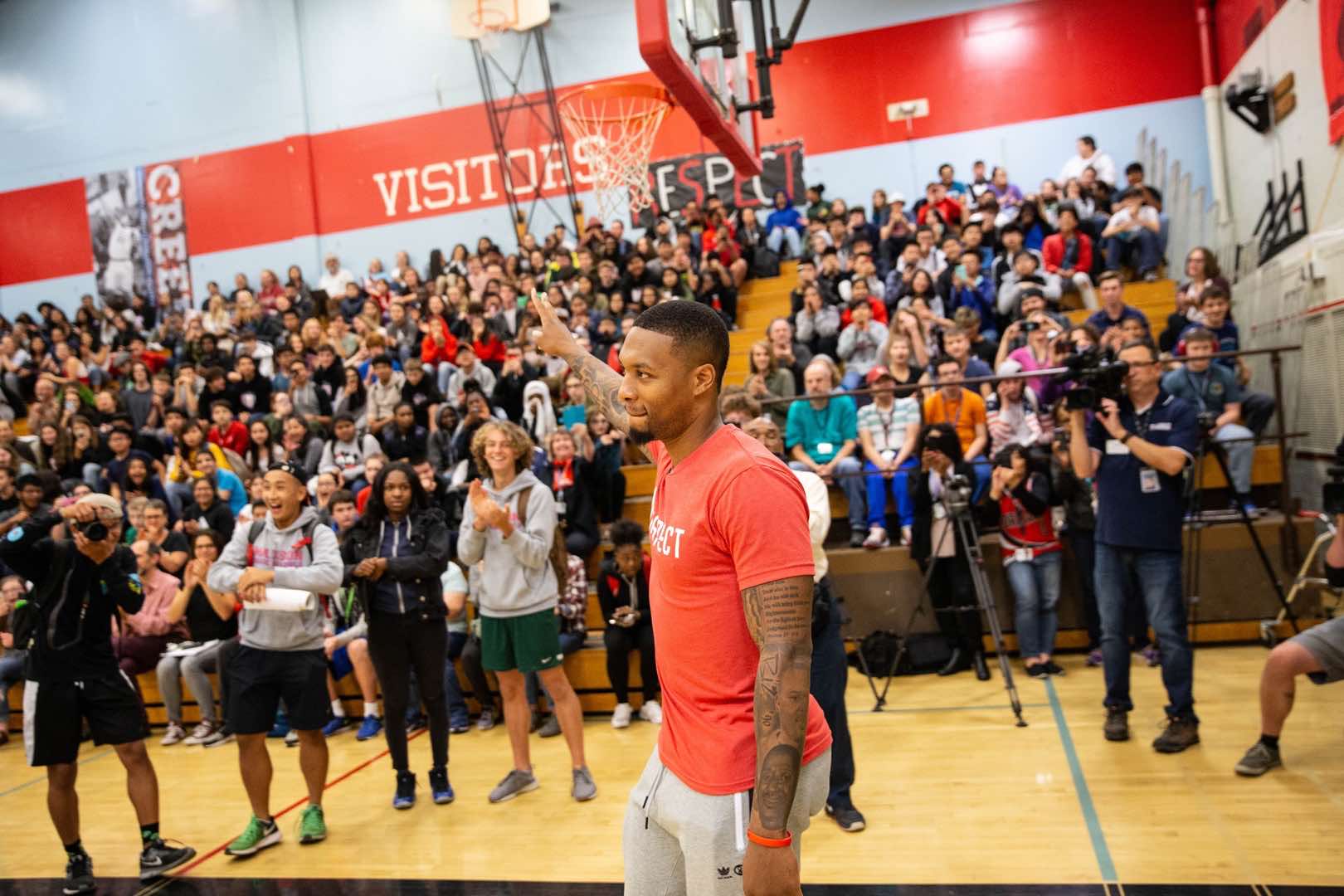 During his rookie year in the NBA, Damian Lillard created the RESPECT program for the high-need Portland youth. The program encourages all youth to “Show Up, Work Hard, and Be Kind.” Partner schools nominate students and teachers who have exemplified these values, and are then recognized by the program. They have been given items like game tickets, Portland merchandise, and signed shoes from Lillard himself.

“I’ve seen too many of the negative effects that bullying has on people, especially kids. Now that I’ve learned how many people look up to us as NBA players, I want to make the most of it by getting behind positive initiatives like anti-bullying,” said Lillard.

RESPECT’s goal is to encourage members of the community to keep their values close to heart and spark a generational change. The program is focused on getting kids to attend and engage in their classes, which will eventually boost the number of graduating students who have completed their education.

Kevin Love has been one of the forerunners on talks on mental health in the NBA. He has been candid on his mental health struggle for years, even opening about his more public struggles in his career. He has also been open about his battle with the stigma surrounding mental health in athletes who are often expected to be “strong” and “mentally tough”.

He narrates details of his experience in an open letter he wrote on The Players’ Tribune. He talks about his depression in a very honest and relatable manner.

The conversation sparked the NBA’s new requirement of having at least one full-time licensed mental health professional (a psychologist or behavioral therapist) in their full-time staff. Part of the rule is to have a “written action plan” to address a possible mental health emergency with full privacy and confidentiality. 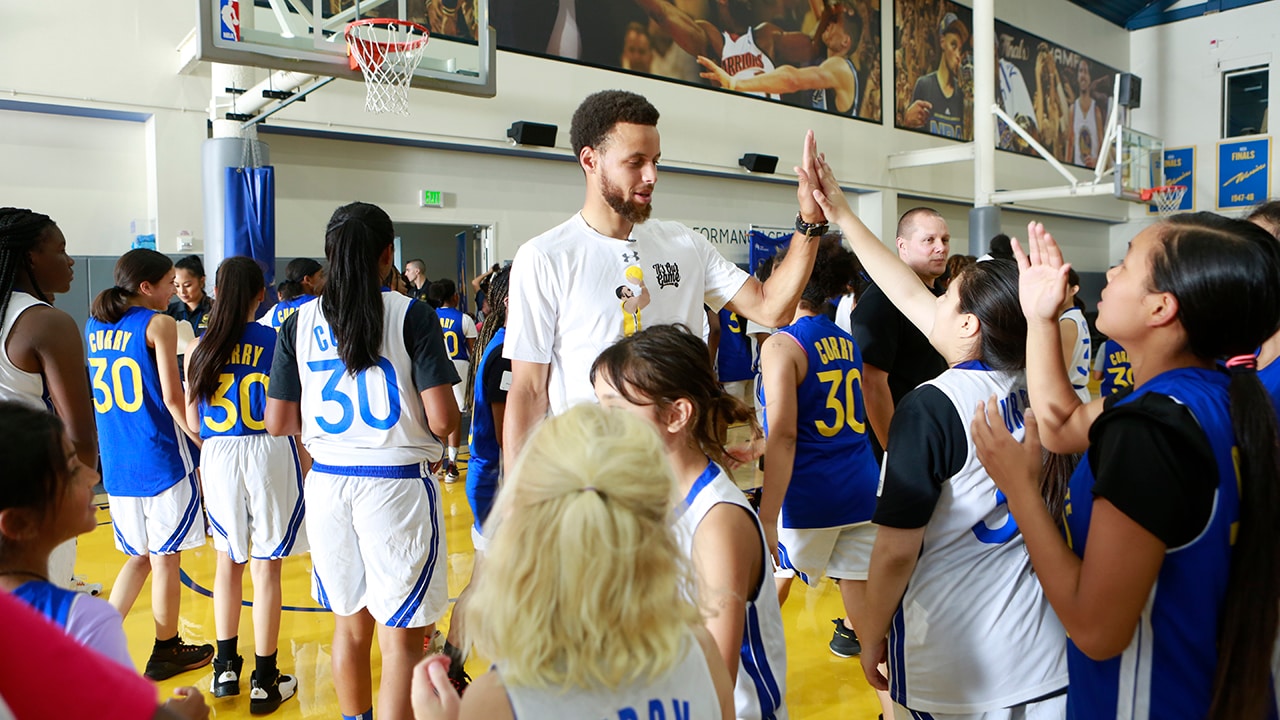 Another player who has taken his advocacy into writing is All-Star 3-point shootout champion, Stephen Curry. Like Love, Curry considers his advocacy on Gender Equality a personal battle. His focus is on closing the gap between male and female wages, highlighting the importance of equal pay and opportunity.

“I think it’s important that we all come together to figure out how we can make [equal pay] possible, as soon as possible,” wrote Curry. “Not just as ‘fathers of daughters,’ or for those sorts of reasons. And not just on Women’s Equality Day. Every day — that’s when we need to be working to close the pay gap in this country. Because every day is when the pay gap is affecting women. And every day is when the pay gap is sending the wrong message to women about who they are, and how they’re valued, and what they can or cannot become.”

He even took his advocacy a step further by creating and participating in the inaugural girls-only basketball camp hosted by the Warriors. A whopping 200 girls participated in the event which focused on developing their skills and giving them confidence in their athletic ability.

Since his NBA debut in 2011, Bismack Biyombo has been focused on making his hometown a better place. Born and raised in the Democratic Republic of Congo, Biyombo has made it his mission to provide his community access to affordable healthcare systems. One of his many projects included the creation of a mobile clinic in DRC’s rural city of Goma.

“Every time I see struggle, [or] I see problems, I see an opportunity to do something about it,” said Biyombo.

Biyombo would regularly visit the DRC to participate in philanthropic activities and different projects he has come up with. Unfortunately, because of the pandemic, Biyombo has not been able to return, but that did not stop him from continuing his projects. The Bismack Biyombo foundation has donated approximately $1 million worth of face masks, hazmat suits and other medical equipment.

“If I can work this hard for my life, for my career to be better, then I can put this much energy into helping those in the Congo,” Biyombo says. “We’re gonna keep putting out our effort and coming up with solutions. And I think we’re gonna get there.”

A few other players who have been making significant strides for their advocacies include: