Big Question: Can the Nets overtake the Knicks as New York's team?

The Nets have only been in Brooklyn for nine years but they are starting to make a case that they can be New York City's team. Knicks fans, of course, would argue that it's never gonna happen. There are two NBA teams in New York City. It wasn’t always like this. For decades, New Yorkers only called the Knickerbockers their team. The Knicks, as they are commonly referred to, picked up two championships in the 70s and two Finals appearances in the 90s. However, for the past 20 years—or since the birth of Knicks wingman RJ Barrett—the Knicks haven’t really had relevant success (save for a few blips in the timeline such as the homecoming of Carmelo Anthony and Jeremy Lin’s Linsanity phase).

Then the Nets came to Brooklyn. In 2012, the Nets and the Knicks began sharing the league's New York City space. The Knicks had their blue and orange; the Nets their black and white. The Knicks called Madison Square Garden their sacred home; the Nets brought the party to the Barclays Center. Despite their proximity, these are two teams that are worlds apart, partly in their winnability but more so in their respective cultures, identities, and legacies.

The question is: Have the Brooklyn Nets done enough to be called the team of New York? NBA.com Philippines writers Migs Flores and Jon Rodriguez try to make a case for the Nets and the Knicks, respectively, as the legit team of New York City.

Migs: The Knicks have dominated the basketball discourse in New York, but that's because New Yorkers didn't have anyone else to root for. And—like basketball imitating life—successful, bright-eyed young people are moving into Brooklyn to breathe new life into the borough.

Kevin Durant, James Harden, and Kyrie Irving are Brooklyn Nets. KD and Kyrie chose Brooklyn over New York. That's three NBA superstars that have seen something in Brooklyn worth building. The Knicks, on the other hand, are celebrating Julius Randle—a great young player, but nowhere near the caliber of two former MVPs and an enlightened basketball monk.

In fact, if we count all the way back to the Nets moving to Brooklyn in 2012, even more stars took their talents to Brooklyn, counting Kevin Garnett, Paul Pierce, and Joe Johnson. Even when the Nets' championship experiment famously collapsed and they lost all their draft picks, the Knicks still didn't make any noise in the East.

And here’s an interesting thing about Brooklyn’s current talent: they could become the first team in NBA history to have three players average more than 25 points per game in a season. Brooklyn is indeed stacked with talent this season. Good thing the Knicks are also talented, perhaps not at the top tier like the Nets stars mentioned, but talented enough to be above .500 for the first time in about eight years.

Can the Knicks beat the Nets in a playoff series? No. Does this make the Nets the team of New York? Also no. When talking about “New York’s team”, it has to be more than just numbers, right?

M: I guess the Knicks do have a lot more history than the Nets, which tends to happen when you were founded in 1946. The Nets didn't even move to Brooklyn until 2012.

History might be the Achilles heel of any argument I make for the Nets, but how long can the Knicks continue riding the legacy of past teams? You know the Knicks fans have a problem when most of you weren't even born for their last championship.

Knicks fans, to this day, still derive most of their pride off championships they won in the 70s and Finals appearances in the 90s. They are the team of the stubborn traditionalist. The Knicks are F.R.I.E.N.D.S. reruns, the Nets are Schitt's Creek. They're the new wave, ready to make a legacy of their own, just like the many transplants that have moved to Brooklyn over the last few years.

But it is sort of funny how basketball has evolved in so many ways over the years and the guy that makes the Knicks relevant is head coach Tom Thibodeau, the most 90s coach left in the NBA. There's some comfort there for Knicks fans who still ride or die with Patrick Ewing and John Starks.

J: Well, Thibs was on Jeff Van Gundy’s bench in the 90s, so there’s that. I do concede that a lot of being a Knicks fan has to do with nostalgia, and who’s to say that it isn’t the way to go?

The biggest fanbases in the NBA—or in all of sports for that matter—are hinged on nostalgia. The most compelling stories in sports are hinged on nostalgia as well. What makes today interesting has a lot to do with yesterday. Unfortunately, the Brooklyn Nets haven’t done enough on that front to claim New York.

The Knicks have the Willis Reed Game 7 story from 1970, Bernard King, Clyde Frazier, the 90s Knicks, and more than 20 years’ worth of pain and suffering. Unfortunately, the Brooklyn Nets don’t have enough scars and smudges from the past to claim New York. 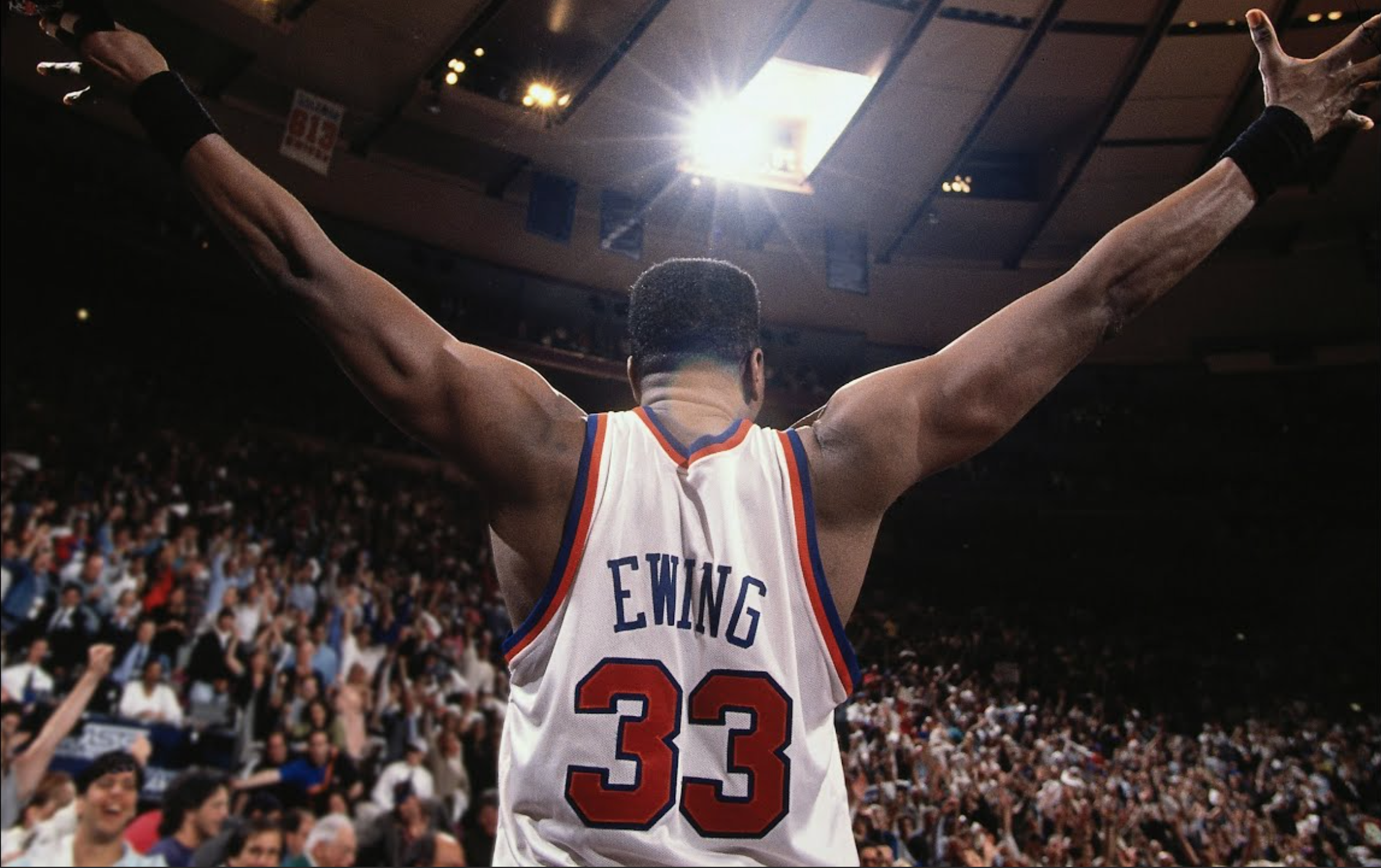 M: I'll give you that. As a Lakers fan, I must admit that part of the fandom is getting to yell "17 banners, baby" at Celtics fans. But just how long can the Knicks cling to history? It's like most fanbases have moved on to K-pop and the Knicks are still listening to Sum 41 and Yellowcard.

J: There’s a scene in Disney’s animated film Soul that pays tribute to the legacy of the Knicks. No need to go into the details of how that warm tribute played out. The only thing that matters is that in a film that was pure New York, the Knicks were top of mind.

This is the type of treatment the legit team of New York gets—whether it’s to celebrate the joy of being a Knicks fan (like how How To Lose A Guy In 10 Days did it) or to poke fun at the team’s misfortunes, these are all part of the package. The Nets aren’t there yet.

M: “You can't crush a soul here. That's what life on Earth is for.” That’s a quote from Soul, but also maybe from the Knicks after a draft.

Jay-Z owns the Nets, which makes them very much in the pop culture discussion. Also, when most people say they want to go to New York, they're most likely thinking about Brooklyn. The pizza (Lucali's has the best pizza in the world), the red brick English Georgian houses, the street art, the general vibes: it's all Brooklyn. That's why in Jay-Z's ode to New York, "Empire State of Mind", the first place he mentions is Brooklyn.

Street poet Mos Def put it most eloquently in the second verse of "Brooklyn":

"And ain't a place that I know that bear resemblance
That's why we call it The Planet
Not a borough or a province,
It's our style that's uncommon."

J: Perhaps we should focus the discussion on the Nets and not so much on Brooklyn. When I think of New York I do think of Brooklyn. But when I think of the Nets, I think of Joe Johnson. And not to fire strays at the legend that is Iso Joe, but he’s not exactly a New York legend.

M: I feel like we can't avoid mentioning the Nets being in Brooklyn since the team really tries to pay homage to them. They've put Biggie and Basquiat on their jerseys, what's more New York than that?

But I'll counter the Iso Joe semi-slander with this: Let's say you're a 20-year old Knicks fan, who would be your guy? Carmelo Anthony because he got you to the playoffs that one time? Jeremy Lin because of a two-week hot streak? Or did you just have to be THAT invested in Raymond Felton? 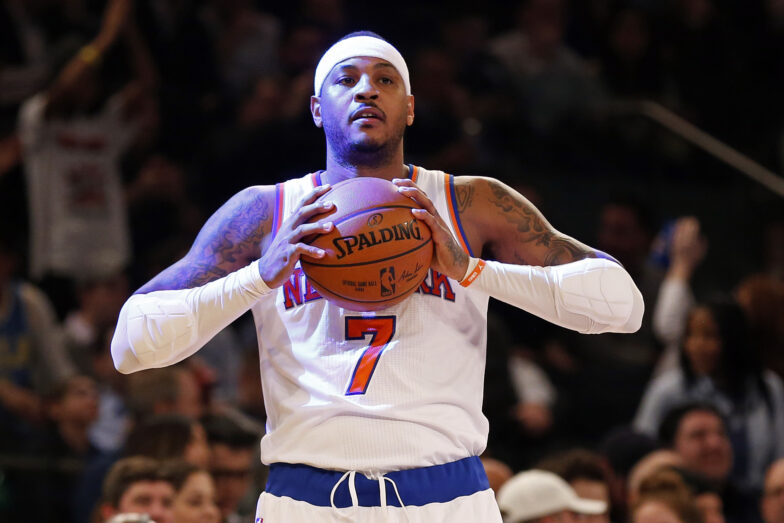 J: If I say yes to all three, does that mean I lose the argument?

M: That made me feel bad for you, honestly. The biggest tell for me that Brooklyn is on the verge of a takeover is just how muted all the Knicks talk has been. You'd think that in a season where the Knicks are finally relevant again that there'd be more buzz, but it's been fairly tame, even taking into account all the @WorldWideWob tweets. The Knicks are fifth in the East and we still haven't gotten a Stephen A. Smith soliloquy.

And I think that's mostly because the Nets have been so interesting this season. That's what happens when you mortgage your team's future and beloved players for the biggest of Big 3s in KD, Harden, and Kyrie.

J: The Nets have been so interesting this season. The Knicks have been interesting for decades. (Mostly because of questionable roster decisions, but interesting nevertheless.) What Knicks lack in Ws, they make up for in the glory days that need reliving and a storied arena fans and athletes worship.

The Nets, although great this season, are still building all of that. Interesting to see how that plays out in the next few years. But Brooklyn is no different from a crisp new colorway of a sneaker. It’ll get the hype, but nothing trumps the OG.

M: At this point, it's impossible to argue against a legacy and fanbase as strong as the Knicks'. New Yorkers still wear Anthony Mason and Charles Oakley jerseys with pride. Brooklyn could win a title this year, and probably still wouldn't get the same type of love.

But the fact that this argument can be made and can make sense this year should offer Brooklyn fans hope. Like many of Brooklyn's current residents, the Nets are transplants, not tourists. Maybe one day, KD, Kyrie, and Harden will mean as much to New York as Ewing, Frazier, and Reed.