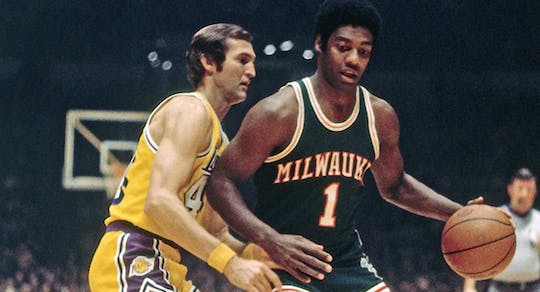 It seems that teams today reached a consensus: you need three stars to be a contender. Just looking at all the champions from the past decade reveals several teams that had at least a trio leading them to the Finals.

But this type of roster construction isn't exactly novel to this era. Way before player empowerment and even free agency, the NBA has been dominated by stacked squads, often having a core three of reliable studs leading the way.

How would NBA Twitter react to the Boston Celtics teams that dominated the late ‘50s all the way to 1969? Those squads featured the indomitable Bill Russell with a cast of Hall of Famers in Bob Cousy, Sam Jones, Bill Sharman, and Tommy Heinsohn. They even got a boost in the ‘60s when another pair of Hall of Famers in John Havlicek and Bailey Howell entered the league. From 1957 to 1969, the Celtics won a staggering 11 NBA titles.

The first true Big Three was formed when the Los Angeles Lakers traded for Wilt Chamberlain in 1968 and got him together with Los Angeles’ first two stars in Elgin Baylor and Jerry West. Though each member of that Big Three were past their primes at that point, they were still consistently the best team in the Western Conference. They finally won a title on Baylor’s last year in the league in 1972.

The early NBA was dominated by superteams like these because the league was still very young and a lot of executives didn’t know what they were doing. The Celtics had the luxury of having Red Auerbach running the show for them. Russell wasn't even their own draft pick. The Celtics traded Cliff Hagan and Ed Macauley to the St. Louis Hawks for the second pick in the 1956 Draft. Both Hagan and Macauley became Hall of Famers, but they definitely weren’t at the level of the legendary Bill Russell.

The ‘70s were a weird time for the United States and the NBA. The least celebrated era of the league still had some solid Big Threes. The Celtics had Havlicek, Dave Cowens, and Jojo White early in the decade. The Milwaukee Bucks won a championship behind the Hall of Fame trio of Kareem Abdul-Jabbar, Oscar Robertson, and Bob Dandridge. The Washington Bullets had Dandridge, Elvin Hayes, and Wes Unseld on their squad when they won the title in 1978.

There were certainly plenty of stars in the ‘70s. But due to expansion and the merger with the ABA (American Basketball Association) in 1976, the league’s stars were a bit more scattered.

The ‘80s were dominated by four teams: the Lakers, Celtics, Philadelphia 76ers, and Detroit Pistons. Player empowerment wasn’t so much a thing back then, but the other teams were very complicit in the formation of some of these powerhouses.

The Sixers were dominant late in the ‘70s after acquiring Julius Erving following the ABA merger. After crashing in the 1977 Finals, the Sixers dealt scoring machine George McGinnis to the Denver Nuggets for one of the most underrated superstars of the era in Bobby Jones. Imagine Matisse Thybulle growing another four inches and a massive wingspan – that was Bobby Jones. He was the most versatile defender of that era, making five All-Star teams and 11 All-Defense squads.

The Sixers completed their trio in 1982 when they traded for disgruntled MVP Moses Malone for Caldwell Jones and a draft pick. With Dr. J, Malone, Jones, and a cast of solid role players, the Sixers were a force in the Eastern Conference, winning the title in 1983.

The Celtics formed their iconic Big Three through the Draft, but not entirely with picks they initially owned. First, they were lucky to be eligible to pick the rights to Larry Bird in 1978 with the sixth pick. When Bird and the Celtics couldn’t agree on a contract, Bird went back to college. The Celtics almost lost the rights to Bird the following year, until both sides agreed to a five-year deal. Right after this, the NBA changed the rules so players would need to apply for the Draft and immediately go to the team that picked them.

In 1980, it all came together for Boston. The Celtics had the first pick in the Draft that year, despite going 61-21 the previous season. This was thanks to a sign-and-trade compensation the Celtics and Pistons agreed to a year before. Teams definitely had no grasp of the value of unprotected picks back then.

The Celtics, through clever maneuvering with the media, convinced the Golden State Warriors to a trade that gave them the 1st pick and 13th pick of the 1980 Draft. Golden State coveted that year's top prospect in big man Joe Barry Carroll.

What did Boston get? Robert Parish's expiring contract and the 3rd pick of the Draft, which they used to select Kevin McHale.

The Warriors ended up with a player their local writers dubbed “Joe Barry Careless". The Celtics formed the most dominant front court of all time. Boston won three titles in the ‘80s behind Bird, McHale, Parish and one of the best casts of role players in Dennis Johnson and Danny Ainge. 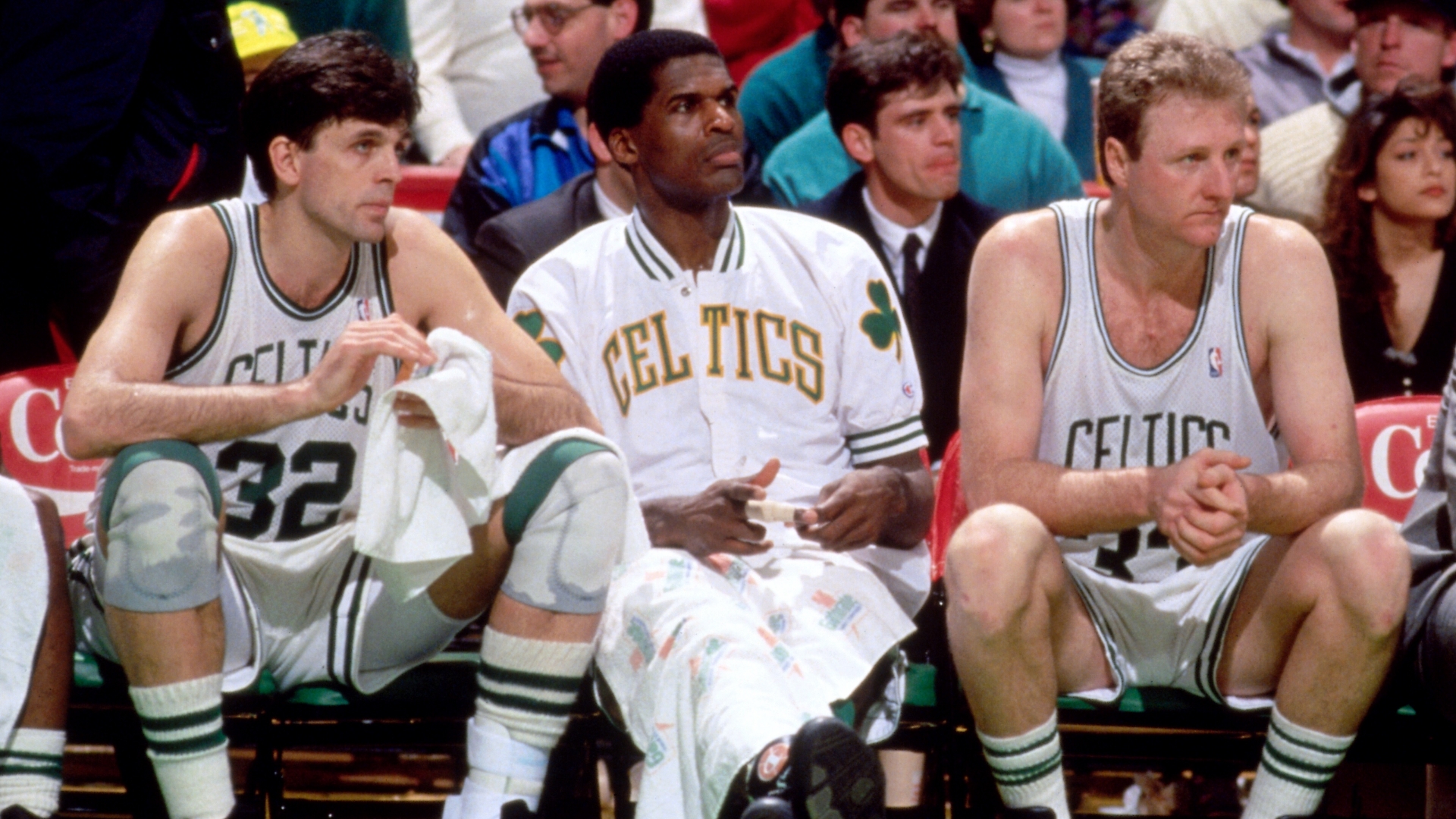 The Celtics' eventual rivals also completed their Big Three, thanks to other teams' loose management of first round picks.

The Lakers were lucky to be on Abdul-Jabbar’s list of teams he wanted to be traded to in 1975. The following year, the New Orleans Jazz completed a swap of several future picks that came because of the signing of Lakers’ restricted free agent Gail Goodrich. One of the future picks became the first pick in the 1979 Draft which turned out to be Magic Johnson, arguably the best player in Lakers history.

It all came together for these Lakers in 1980, when the Lakers and Cleveland Cavaliers swapped veteran forwards and future first round picks. Without foresight, the Cavaliers ended up being subpar for the next two seasons. When they had the worst record in the league in 1982, the pick they traded to the Lakers became the first pick of that year's Draft. This opened the door for the defending champion Lakers to pick up high-flying swingman James Worthy.

If we went by reputation, the Bad Boy Pistons sort of had a Big Three in the ‘80s with Isiah Thomas, Joe Dumars, and Bill Laimbeer. But that team really only went as far as Thomas and Dumars could take them.

Only four teams won titles in the ‘80s, showing that Big Threes and superteams were already hip back then.

The ‘90s weren’t dominated by superteams as much as they were dominated by Michael Jordan. The Chicago Bulls definitely weren’t a one-man show with Scottie Pippen blossoming into one of the best forwards ever. Still, Michael Jordan ran the ‘90s. The only other teams that won titles in the decade had a singular superstar (the Rockets with Hakeem Olajuwon) and a duo of Hall of Famers (the San Antonio Spurs with Tim Duncan and David Robinson).

Still, there were some pretty iconic trios of varying bigness. The 1993 Phoenix Suns squad had an MVP in Charles Barkley complimented by a dynamic scoring backcourt of Kevin Johnson and Dan Majerle. Gary Payton was the face of the Seattle Supersonics, but he had a lot of help in their 1997 Finals run from Shawn Kemp and Detlef Schrempf. The Lakers sort of had a Big Three in 1996 when they signed Shaquille O'Neal. Shaq joined a talented backcourt of Eddie Jones and Nick Van Exel. This was the same year they drafted Kobe Bryant, who immediately became an All-Star in 1997.

Then there was the short-lived “Run TMC” era Warriors. Tim Hardaway, Mitch Richmond, and Chris Mullin each averaged over 20 points per game in the 1989-1990 and 1990-1991 seasons, playing high-paced, run-and-gun basketball. The Warriors cut the fun short in the 1991 offseason, trading Richmond to the Sacramento Kings in a salary-motivated move.

It’s around the 2000s that players started to become much more outspoken, especially with where they wanted to play.

The Spurs probably built the most kosher Big Three out of anyone in this article. With David Robinson retiring after their 2003 title run, Tim Duncan, the first pick of the 1997 Draft, automatically became the face of the franchise. Not a lot of people expected fiery Argentinian guard Manu Ginobili and wily French playmaker Tony Parker to also emerge as future Hall of Famers. It becomes much more remarkable to consider this Spurs trio a Big Three since Ginobili started just 349 out of the 1057 regular season games he played for the Spurs. Duncan, Parker, and Ginobili won three titles at the peak of their powers, then got a ton of help from Kawhi Leonard for a fourth ring in 2014.

After a dismal 2006-2007 season with Seattle, Ray Allen wanted to be traded to a winning situation, so Seattle sent him to Boston. A few weeks later, after much deliberation, Kevin Garnett waived his no-trade clause so the bumbling Minnesota Timberwolves could ship him to the Celtics to join Allen and Pierce. They wound up winning the title that season and making another Finals appearance in 2010.

It's important to note that after their playing careers, some members of that Celtics squad have worked in broadcast media and have been vocal about their feelings regarding superstars switching teams. When talking about Big Threes and superteams, remember that this has been the status quo in the NBA since the league’s inception. We should not forget who really started all of this.