Blazers' Jusuf Nurkic will return to lineup vs. Magic

Nurkic, who has been out since January, announced his return on Twitter. 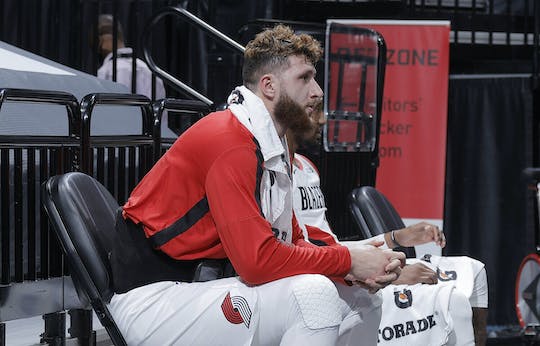 Jusuf Nurkic will return to the Portland Trail Blazers’ lineup on Friday against the Orlando Magic after recovering from a fractured right wrist and strained right calf.

The news was announced by, well, himself.

Portland Trail Blazers center Jusuf Nurkic will make his return to the lineup on Friday vs. Orlando. He's back from a right wrist fractured. Sources tell : Jusuf Nurkic

Nurkic has been out since Jan. 14 after he injured his wrist in a loss to the Indiana Pacers. He has averaged 10.4 points and 7.6 rebounds in eight games this season.

The big man, known as Bosnian Beast, was originally expected to miss eight weeks with the wrist fracture, but his timeline was pushed back after sustaining the calf strain.

Portland will have reinforcements beyond Nurkic down the stretch of the season after executing one of the bigger deals at the trade deadline, acquiring Normal Powell from the Toronto Raptors. The Blazers are currently sixth in the Western Conference.