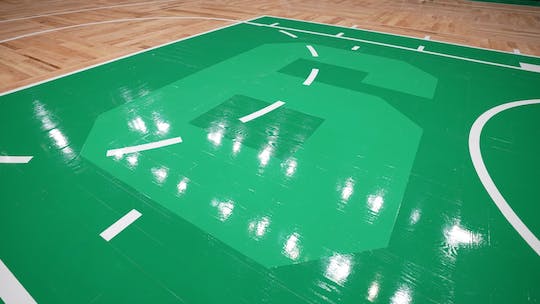 The 17-time World Champion Boston Celtics and the NBA will honor the life and legacy of Hall of Famer Bill Russell through a variety of celebrations this year.

As a part of the tributes, the Celtics have unveiled a new home parquet court ahead of the 2022-23 season. The team has added the number 6 to both lanes to pay homage to Bill Russell’s dominant play in the paint, marking the first time numerical text will be displayed within that area on an NBA court.

Previously announced by the league, every other NBA court will display a number 6 decal on the sideline near the scorer’s table.