Becky Hammon has been blazing a trail for other women coaches. She stands out not because of her gender but because she is one of the best in her job and she absolutely deserves it. 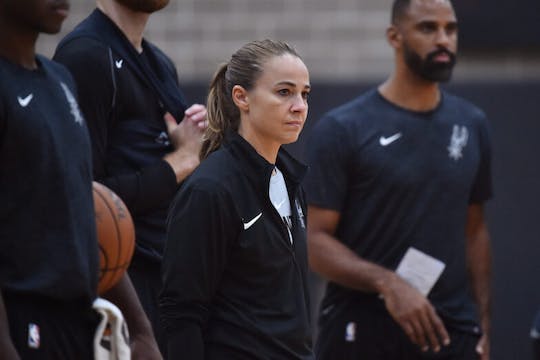 There are seven full-time women assistant coaches in the league today. There was a time when there weren’t any.

That changed in 2014, when the San Antonio Spurs hired Becky Hammon. The hiring was seen as groundbreaking then, but for a successful franchise like the Spurs, it was not only a logical move, it was also an obvious choice.

Hammon suited up for the San Antonio Silver Stars for eight seasons in the WNBA before retiring as a player. On the court, she was both cerebral and fearless, and had the uncanny ability of driving and thriving inside where she outwits athletes much taller than she is. Her jumper was smooth, too.

Hammon played with so much intensity and fire, it was difficult to watch her and not feel the electricity. She moves with the ball with so much certainty, it’s as if she held a basketball since she was a toddler, which she totally did. Becky is simply basketball; basketball is simply Becky.

But growing up, the 5’6” Becky neither had the height nor the build to become a prototypical basketball player. When she took her shot at the WNBA draft in 1999, not one team picked her. She was later signed by the New York Liberty and started her career on the bench, as a backup point guard. Hammon wouldn’t let her bench role diminish her love for the game. By the time her New York stint ended after eight years, she had been an All-Star in three.

She made the All-Star team three more times after she was traded to San Antonio, where she posted career-high averages in points and assists. When she walked away from the game in a player capacity, she ranked 12th all-time in career points (5,841) and sixth in assists (1,705).

From bench role to WNBA legend. From backup point guard to backup coach. From undrafted to obvious choice.

Spurs head coach Gregg Popovich, at the time of the hiring, said he found a fit in his staff for Hammon because of her “basketball IQ, work ethic, and interpersonal skills,” and it had nothing to do with making history. Hammon, with her wealth of experience and knowledge of the game, was simply the right person for the job.

But history seemed to be the one chasing after Hammon.

In a game against the defending champs Los Angeles Lakers in December 2020, Popovich was ejected for arguing  a no-call. On the way to the locker room, Popovich pointed at Hammon and told her in words that couldn’t have been said better: “You got ‘em.”

With those words, Hammon became the first female acting head coach in NBA history. History made yet again. Another barrier broken. 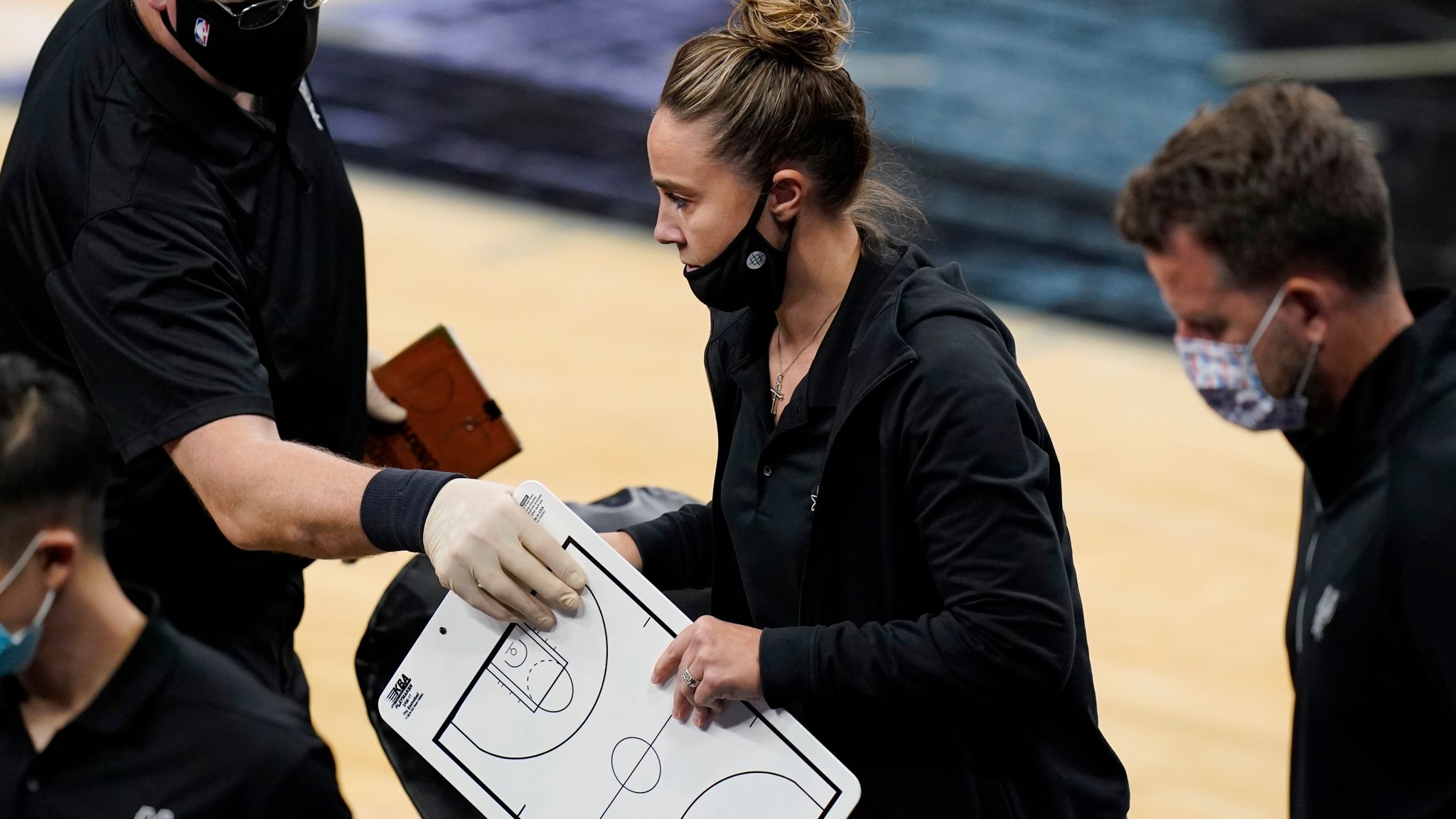 "Obviously, it's a big deal," Hammon said postgame. "It's a substantial moment. I've been a part of this organization, I got traded here in 2007, so I've been in San Antonio and part of the Spurs and sports organization with the Stars and everything for 13 years. So I have a lot of time invested, and they have a lot of time invested in me, in building me and getting me better."

Hammon’s progression to the coaching staff of one of the league’s best coaches in Popovich was a product of hard work, dating back from her days in New York, or even way before that, when she was just dreaming of a life in basketball. Now, as assistant coach of the Spurs, she stands out not because of her gender, but because she should.

Now is a time when there aren’t any women head coaches in the NBA. Bet on Becky Hammon to do something about that someday.