Bright things ahead for young Grizzlies

The Memphis Grizzlies overachieved this season and have plenty to be optimistic about for next year. 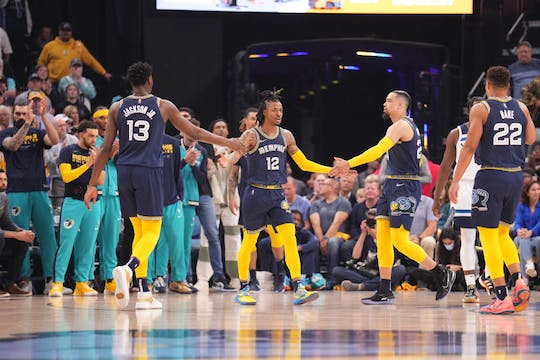 What a season for the Memphis Grizzlies. Their young core keeps getting better with experience and there’s nowhere to go but up. And of course, you can’t talk about the Grizzlies without talking about the man in the middle: Ja Morant.

Since Morant arrived in Memphis, their season record has improved year after year. This team has an extremely promising future that needs just a little more time, and they have the numbers to back it up.

Before Morant’s debut, the Grizzlies were ranked No. 12 in the West - nowhere near relevant and had no real value to them.

In Morant’s first season, the Grizzlies finished ninth with a record of 34-39. The next season they saw their first postseason appearance since 2017, with a record of 38-34. This season, they made a huge jump as they finished with 56-26 and the second-best record in the league. They have stayed consistently over .500 since Morant’s rookie year.

This season was quite memorable for Morant, who won the Most Improved Player award. He posted career-high numbers with 27.4 points, 5.7 rebounds, and 6.7 assists while shooting 49.3 percent from the field and 34.4 percent beyond the arc. He also entertained the entire NBA community with his insane highlights, unbelievable athleticism, and all-around improvement.

As Morant improves, so does Memphis.

However, his improvement goes beyond the stats - he was relied on for his leadership and helped build the culture.

He sparked something in his team as the Grizzlies entered the season with next-level confidence and a lot of swag.

Desmond Bane played the best season in his young career by doubling his scoring production from 9.2 to 18.2 points per game. Dillon Brooks was consistent on the offensive end but also developed into a defensive specialist. Jaren Jackson Jr. saw more time on the floor and became an excellent contributor and shot-blocker as he finished with a career-best 2.5 blocks a game.

Sure, their postseason run may not have brought them a championship, but it was already an achievement in itself. They shut down the streaky Minnesota Timberwolves and genuinely threatened the Golden State Warriors. They even forced “Game 6 Klay Thompson” to come out of the shadows to save the Warriors’ campaign.

This season should not be considered a failure, but rather, a stepping stone for the future. It was an all-around good season for the young squad, and it’s just the beginning. This is a franchise every NBA fan should look out for.