Built different: There will never be another Steph Curry

-
LA Tenorio
Facebook Twitter Instagram
LA Tenorio is a 15-year PBA veteran who plays for Barangay Ginebra San Miguel. He is a six-time champion, four-time Finals MVP, and has one of the slickest signature moves in the game with his reverse layup. When he's not schooling opponents on the court, he enjoys tee time on the golf course.

Everybody wants to be like Steph Curry, a one-in-a-million player who revolutionized the game. LA Tenorio writes how kids can learn from Curry without trying too hard to copy him. 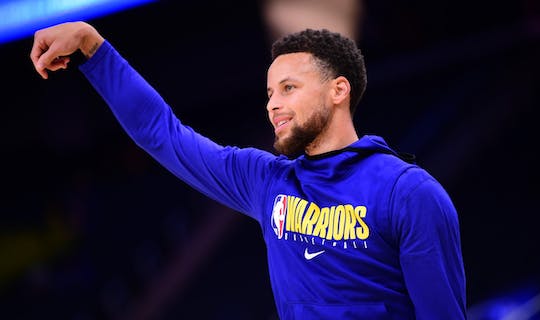 Curry changed the game because a lot of players – both kids and adults – are trying to copy what he is doing. Every time anyone shoots the basketball, especially from long range, we think of Curry. Even professional players, when we take a shot from distance and make it, we automatically say, "Oh, that's a Steph Curry shot."

We can aspire to be like Curry but we can't exactly be like him. For me, it’s very important to remember that not all basketball players are built like him. Yes, you can watch him play, you can idolize him, and you can follow what he's doing, but at the end of the day, there's only one Steph Curry. Even the likes of Damian Lillard and Trae Young would probably say Steph is different, that Steph is a one-in-a-million kind of player.

Personally, what I got from Curry is how he trains. I always do extra shooting after practice. I take 200 made shots – a combination of 2-point and 3-point baskets. I always practice shooting 3s a little bit farther from the line. Although that's not my main weapon, at least I know that in case of emergency, I can take that kind of shot.

I watch how Curry practices. I try to do the shooting drills that he does, but I admit that it's really hard. There was a viral video last year where Curry shot 105 consecutive 3-point shots. My personal record is probably 31 straight 3s after practice.

5+ minutes without a miss.

I challenge myself like how Curry challenges himself. For instance, he practices his shooting from seven angles, not just the usual five. When he wants to make 20 shots per angle, he goes back to zero and starts over if he misses two shots. I try to do the same. It’s really challenging because over time, you get tired or you might even get frustrated. But that's why Steph Curry is special. For him, 3s are just like layups.

It all goes back to how he changed the game using his main weapon: the 3-point shot. He changed the game by shooting even the craziest shots and playing in a fast-paced game. The Golden State Warriors and Coach Steve Kerr made it look easy for him. With the team playing small ball, Curry's game was further highlighted.

Curry has developed his basketball IQ through the years under Kerr’s system. He knows that in every single game, teams will be all over him, trying to prevent him from shooting the 3. Everyone knows that he's going to shoot, but he can still get his shot most of the time. It's not just because of his talent, but also because of his intelligence.

Curry knows how to counter all kinds of defenses thrown at him, which he learned through years of experience. He knows how to move off the ball and knows how to involve his teammates. Part of being one of the leaders of Golden State is understanding his teammates’ strengths and weaknesses.

I'm a fan of Steph Curry and how he plays the game. Watching him is fun. He’s been smashing records left and right, recently passing Ray Allen’s all-time record of most career 3-point shots made including the playoffs. But then again, there's a fine line when it comes to teaching kids to play like Steph.

A lot of kids now are following Curry’s style even though they don’t have the range. At LA Tenorio Basketball Academy, a hoops camp that I ran for seven years before the pandemic halted it, I was very cautious of what I teach.

I always tell the kids that we have limitations. I tell them that Steph Curry is different. I cannot be Steph Curry; no other player can be Steph Curry. You're lucky if you're the second-in-a-million player with Steph's talent.

I tell them to stick to the basics and fundamentals first. Then if they happen to have a range like Curry’s, they can improve from there. If they can't do it consistently with good form, that's another story. I teach them the proper form of shooting and dribbling first. I also tell them to play to their strengths. It’s hard to copy Curry if your strength is different.

Curry is a great basketball player and role model. But if I get the opportunity to teach kids again, I will balance it out as much as possible.

It’s important to closely watch how Curry moves on the court, not just his highlights. Instead of looking at the 3-point shot, look at how he's able to shoot the 3. How does he get his shot knowing that defenses are all over him? That's when his basketball IQ and instincts come in because those situations involve split-second decisions.

I wanted to write about Steph Curry because he really changed the game. But at the same time, we shouldn't just copy everything that he does, especially if our strengths are different from him. Not everyone can be like him, but everyone can learn from him.

The Toronto Raptors rallied late to stun the New York Knicks in overtime.