Cleveland's All-Star center will undergo additional evaluation and treatment on his fractured finger. 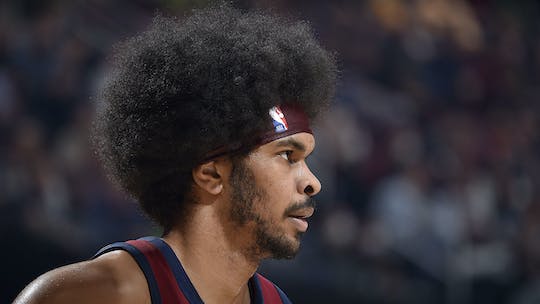 The Cleveland Cavaliers’ inspiring but injury-riddled 2021-22 season stuck to that theme on Sunday with a win over Toronto and the loss of its All-Star big man.

After Jarrett Allen initially exited the game in the second quarter with a quad contusion, he was later diagnosed with a left middle finger injury, the team announced Monday.

A CT Scan administered Monday at Cleveland Clinic Sports Health revealed a fracture and he will undergo additional evaluation and treatment. No timetable has been set for his return to basketball activities and his status will be updated as appropriate.

News of the injury was first reported by The Athletic’s Shams Charania.

The Cavs have been ravaged by injuries for months, losing leading scorer Collin Sexton and veteran guard Ricky Rubio to season-ending knee injuries. All-Star guard Darius Garland has been dealing with a back bruise, and the Cavs are still without guards Rajon Rondo and Caris LeVert.

The news on Allen is a tough blow for a team trying to make the playoffs for the first time since 2018. Without the 7-footer, rookie Evan Mobley will be asked to do even more, and the Cavs will be faced with yet another challenge.

“I’ll have to play more big and Kevin Love will play my position,” Mobley said. “It will just shift down the line. We still got three bigs — me, K-Love and Lauri (Markkanen). We’re still a very big team and we can play a similar way.”

Cleveland came in having lost six of seven, but there were encouraging signs of the young team snapping out of its recent funk in a 125-119 loss at Philadelphia on Friday. A matchup against the team directly behind them in the standings figured to be a bigger test.

“To do what we want to do, this is a moment and challenge for us,” Bickerstaff said pregame.

Cleveland led by 13 at halftime and then overcame a brutal third quarter –16 points, 1 of 10 on 3-pointers — by opening an 82-64 lead early in the fourth. Love then hit a 3-pointer and reserve Dean Wade delivered a thunderous dunk over Toronto’s Khem Birch.

Acquired from the Brooklyn Nets last season in a three-team trade, Allen has blossomed into one of the league’s better rim protectors and pick-and-roll finishers. The 23-year-old center is averaging 16.3 points, 10.9 rebounds and 1.3 blocks while shooting 67.7 percent and made his All-Star debut in 2021-22.

Sunday’s win gave Cleveland (37-27) a three-game lead over Toronto for the sixth seed in the Eastern Conference standings.

Kai Sotto delivered 11 points, including a pair of dunks, two rebounds, one assist, and two steals in nearly 18 minutes of play.