Boston will be without its veteran big man and Kia Defensive Player of the Year. 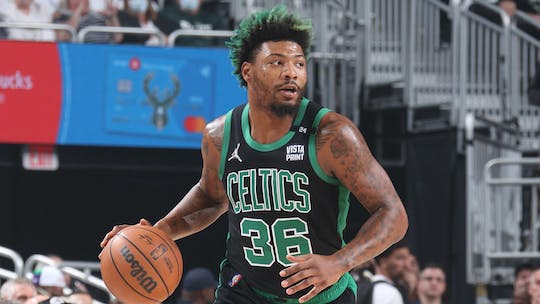 Boston will be without two starters for Game 1 of the Eastern Conference finals, with Al Horford entering the NBA’s Health and Safety Protocols and Marcus Smart unable to play because of a mid-foot sprain.

The Celtics announced those updates Tuesday night, about three hours before the series opener against the Miami Heat.

Smart injured his foot on Sunday, in Game 7 of Boston’s East semifinals win over Milwaukee. He had been listed as questionable entering the day, though Celtics coach Ime Udoka cautioned after the team’s morning shootaround that the league’s defensive player of the year was still dealing with considerable soreness.

Horford added to Boston’s lineup dilemma. The veteran forward averaged 13.0 points and a team-best 10.4 rebounds in the Celtics’ seven-game win over Milwaukee, starting all those contests. This is his third stint in protocols since the 2021-22 campaign began. He missed preseason action in October and regular-season games in December.

Smart played in six of the seven games against Milwaukee. He missed Game 2 because of a quad injury.

Miami had already ruled point guard Kyle Lowry out for Game 1 because of a hamstring injury.