The superstar point guard notched his 8th assist against the Pelicans on Wednesday (PHT) to surpass Hall of Famer Steve Nash for 3rd all-time. 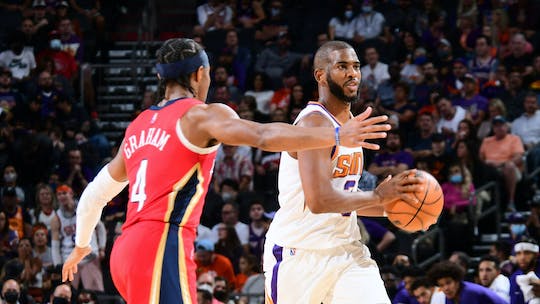 In just the first three weeks of the 2021-22 NBA season, Chris Paul has already achieved multiple milestones. To start, he was named one of the greatest 75 players in NBA history. Days later, the 11-time All-Star became the only NBA player to reach 20,000 points and 10,000 assists which he did in the Suns’ 115-105 victory against the Lakers.

And Tuesday against the New Orleans Pelicans, Paul notched his 8th assist in the second quarter to surpass Steve Nash for third place on the NBA’s all-time assist list.

Congrats to @CP3 of the @Suns for moving up two spots into 3rd on the all-time ASSISTS list! #NBA75 pic.twitter.com/AnoAg7yYIo

With 1:34 remaining in the second quarter, Paul delivered a pass to Jae Crowder, whose 3-pointer gave Paul his 10,336th career-assist. The superstar point guard now trails only John Stockton (15,806) and Jason Kidd (12,091) on the all-time assists list.