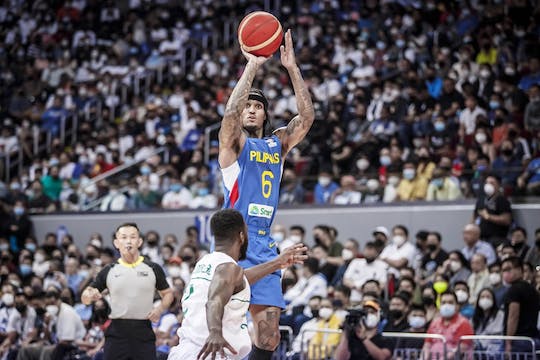 Gilas Pilipinas Men bounced back strong after dominating Saudi Arabia, 84-46, to close out the fourth window of the FIBA World Cup 2023 Asian Qualifiers at the Mall of Asia Arena on Monday.

Jordan Clarkson starred in the win, putting up 23 points on 8-of-13 field goals, including five 3-pointers. The Utah Jazz star also added five rebounds and six assists for the Philippines.

Clarkson, who is expected to suit up for the Philippines in the World Cup that will be hosted in Manila next year, said it was a "blessing to represent the country" and "a great experience."

The Timberwolves announced Monday that All-Star center Karl-Anthony Towns will be out due to a right calf strain.