Clippers' Paul George sits out with ankle injury vs Spurs

Also out for the Clippers was Marcus Morris Sr., who has yet to play this season because of a sore right knee. 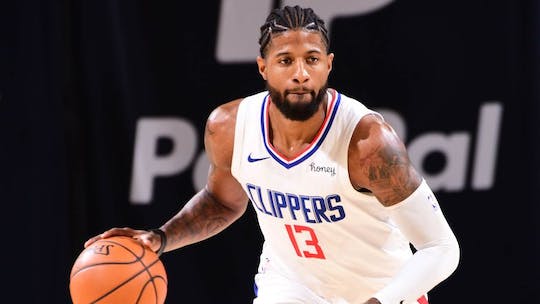 LOS ANGELES (AP) — Paul George sat out for the Los Angeles Clippers against the San Antonio Spurs on Tuesday night.

Clippers coach Tyronn Lue said George tweaked his ankle in Sunday’s win over Phoenix and how he warmed up would determine whether he played against the Spurs.

“He’s going to be the one gauging it,” Lue said before the game.

Also out for the Clippers was Marcus Morris Sr., who has yet to play this season because of a sore right knee.