Michael Jordan is among the current and former players who have helped to fund the company. 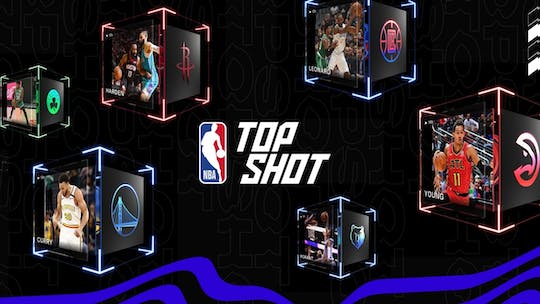 The virtual cards come in the form of a floating digital cube that includes a video highlight of an NBA player and come with a non-fungible token, backed by blockchain technology, certifying its authenticity and scarcity. A LeBron James dunk highlight sold for $210,000 recently but more common cards can often be had for less than $10.

Besides the NBA, Dapper partners include Warner Music Group, Ubisoft, and UFC. The company says the new round of funding will help it expand its NFT and blockchain products to a wide range of businesses.

“We want to bring the same magic to other sports leagues as well as help other entertainment studios and independent creators find their own approaches in exploring open platforms,” said Dapper Labs CEO Roham Gharegozlou.

The most recent round of funding was led by New York-based private equity firm Coatue Management and brings Dapper’s total capital raised to $357 million.

Current players listed as investors in Dapper include Kevin Durant, Kyle Lowry, Spencer Dinwiddie and Klay Thompson. The company also says some current and former NFL and MLB players have put money in, as well as the rapper 2 Chainz.
Read Next
Feature