Jordan, 33, inks a deal with Los Angeles after agreeing to a buyout with Detroit. 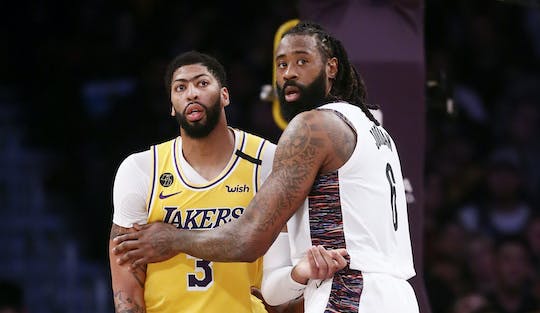 EL SEGUNDO – The Los Angeles Lakers have signed center DeAndre Jordan, it was announced today by Vice President of Basketball Operations and General Manager Rob Pelinka. Per team policy, terms of the deal were not released.

A 13-year NBA veteran, Jordan appeared in 57 games (43 starts) for the Nets last season, where he averaged 7.5 points, 7.5 rebounds, 1.6 assists and 1.1 blocks in 21.9 minutes, while shooting a career-best 76.3 percent (190-249) from the field. Jordan is the NBA’s all-time leader in career field goal percentage, having shot 67.4 percent (3527-5234) from the field throughout his career and is the only player in NBA history with multiple seasons shooting over 70 percent from the field.

Jordan is a three-time All-NBA selection, including one First Team selection (2016) and two Third Team selections (2015 & 2017), and led the league in rebounding in consecutive seasons from 2013-15. He was named to the All-Defensive First Team in 2015 and 2016 and helped the United States win a gold medal at the 2016 Olympics in Rio.