Griffin, who averaged 12.3 points and 5.2 rebounds with the Pistons this season, is now an unrestricted free agent. 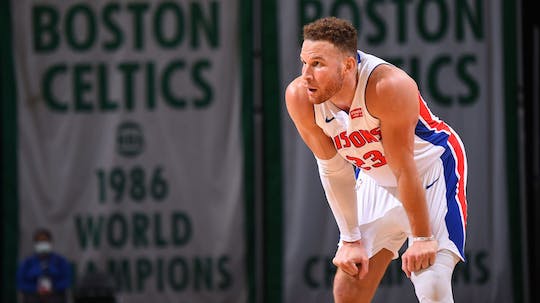 DETROIT – The Detroit Pistons announced today the club has reached a buyout agreement with Blake Griffin and simultaneously requested waivers on the veteran forward.  Terms of the agreement were not disclosed.

“Blake has been a great representative for our franchise and for the city of Detroit,” said Pistons Owner Tom Gores.  “His work ethic and his approach to the game contributed a lot to our culture. He has been a consummate pro and we wish him continued success.  I’m grateful for everything he did for our team and for our community.”

“As we stated from the beginning of our discussions with Blake and his representatives, our goal has been to facilitate a resolution for the future that maximizes the interests of both Blake and our team,” said Troy Weaver, General Manager for the Detroit Pistons.  “We appreciate all of Blake’s efforts on and off the court in Detroit, have great respect for him as a player and a person and we wish him all the best in the future.”

“Blake’s NBA resume speaks for itself,” said Detroit Pistons Head Coach Dwane Casey.  “He’s a player I’ve respected for many years from afar and it was great to have the opportunity to coach him here in Detroit.  Contending teams will love to have a guy like him in their program, which is an opportunity he deserves at this point of his career, and we wish him the best.”

During three-plus years with the Pistons (2018-21), Griffin posted averages of 20.7 points, 6.7 rebounds, 5.0 assists and 33.3 minutes over 138 games (all starts).  He earned All-NBA Third Team honors and his sixth NBA All-Star selection while averaging a career-best 24.5 points and leading the Pistons to the NBA Playoffs in 2018-19.  Griffin joins Grant Hill as the second player in franchise history to average at least 20 points, six rebounds and five assists during his tenure in Detroit.

“I thank the Pistons organization for working together on an outcome that benefits all involved and I wish the franchise success in the future,” said Griffin.