Draymond Green targets March 14 for his return to the floor

Golden State's defensive leader has been sidelined with a lower back injury since early January. 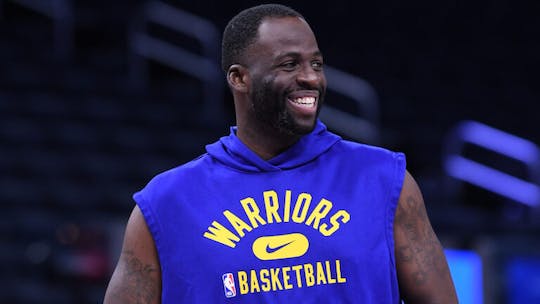 After staying sidelined for just over two months with a lower back injury, Golden State Warriors forward Draymond Green expressed optimism he will return for next Monday’s game against the Washington Wizards at Chase Center (10 p.m. ET, NBA League Pass).

“That is the date I’m targeting,” Green said on his podcast, “The Draymond Green Show.” “I am excited as hell. It’s been two and a half months, almost. I have never missed that much time during the season. […] This is something different for me. I am extremely excited to get back out there with my guys to try to help right this ship.”

The Warriors (43-22) have dropped to No. 3 in the West standings and have gone 13-14 during Green’s absence. Green suffered the injury during pre-game warmups before the Warriors hosted the Cleveland Cavaliers on Jan. 9, which coincided with Klay Thompson’s return following a 2 1/2 year absence. Green stayed on the court during lineup introductions and tipoff so he could welcome Thompson after suffering season-ending injuries to his left ACL (2019-20) and right Achilles tendon (2020-21). Green then took an intentional foul to leave the game.

“Until the last couple of weeks, we held our own defensively. We weren’t great. But we weren’t bad. Frankly, the last couple of weeks have been bad. That’s where Draymond makes a dramatic difference,” Warriors coach Steve Kerr said this week. “The other area is his ability to direct the offense, handle the ball and get Steph [Curry] off the ball. The other night, Steph looked more like a normal NBA point guard than I’ve seen him at any time in his career, meaning that he was just in pick- and-roll over and over again.

“Draymond, as a point forward, … gets us organized, gets Steph off the ball and changes the strategy for us, which is a big part of our offense. We’ve become a little bit more predictable without Draymond.”

This season, Green is averaging 7.9 points, 7.6 rebounds and 7.4 assists per game and was named as an All-Star before his injuries forced him to miss the All-Star Game.