A number of NBA players have starred in international play this past month.&nbsp; 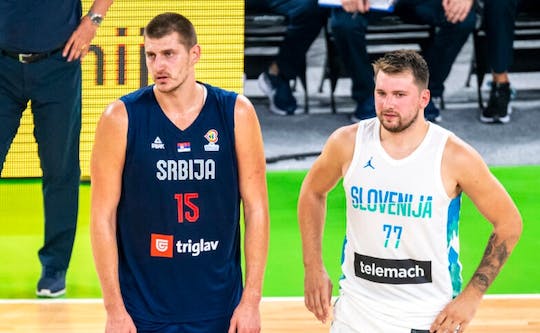 The EuroBasket in Germany and the FIBA AmeriCup in Brazil had tons of action, upsets, and tense moments, and people were not disappointed. Even if one team seemingly had the best player on the floor at any given time, you still weren’t sure who would come up on top. Every team had to be taken seriously, which brought the best out of everyone. And with the conclusion of the tournament, there are a lot of things that fans can look forward to in the coming NBA season.

Here are a few players who stood out in international play:

Coming from an impressive rookie season in which he took home All-Rookie First Team honors in a very deep draft class, Wagner was looking to bring that momentum to the national team. Throughout the duration of the tournament, he was the second-best player for Germany. He averaged around 16 points on very efficient 57-46-93 splits.

The efficiency is impressive especially because he’s playing alongside a very high-usage player, Dennis Schroder. The Orlando Magic are currently a team of the future who recently added No. 1 pick Paolo Banchero to the roster. Magic fans are hopeful that Wagner can bloom into a No. 1 option, but if he plays second fiddle to Banchero, you know that he will be able to do it at a very high level.

Remember the time when people were roasting Luka Doncic and Nikola Jokic for being overweight or too heavy? Well, those times are over.

Both of them entered the tournament with only the gold medal in mind. Both may have fallen short of their goal, but both undeniably dominated the competition. They looked a cut above the rest and they knew at any given time, they were the best players on the floor.

Giannis only seems to get better with every passing year. After underwhelming for the national team in years past, Giannis finally understood how to translate his NBA game into the international stage. He averaged a tournament-leading 29.3 points, 8.8 rebounds, 4.7 assists, and 1.5 steals per game. He basically joined Luka and Jokic as arguably the three best players of the tournament.

NBA teams, beware. Despite only shooting 20 percent from deep for the tournament, his stroke looked visibly more confident and smooth. With the rate he is improving every year, it is only a matter of time till he figures it out.

The casual NBA fan may not have even heard of this guy. Dalano Banton is currently with the Toronto Raptors and I'll be the first one to say that I did not expect this level of play from him. Described as a big guard, he averaged 15.7 points, 5.2 rebounds, 4.2 assists, and 1.2 steals and was a member of the All-Star Five of the tournament. Maybe this is the level of production that he is actually capable of. Maybe he’s just a victim of Raptors head coach Nick Nurse’s rotations (ironically, Nurse is the head coach of the Canadian National team although he did not coach in the tournament). With him entering restricted free agency at the end of the 2022-23 NBA season, it would be part of his best intentions and for Raptors fans that he show up and ball out when given the opportunity.

Fans of the Miami Heat will remember this guy, having won two rings for South Beach in 2012 and 2013. He led the US to a bronze medal finish with averages of 13.7 points to lead the team, plus was second in assists (4.0) and steals (1.2) which garnered him All-Star Five honors. What made it even more challenging was that the US team is filled with a lot of G League and NBA veterans. There were a lot of egos, talent, and experience on that team, but Norris Cole was still the clear-cut leader of that squad. He may have not played in the NBA since 2017 and is 33 years old, but teams searching to add a veteran with Finals experience should not overlook him, especially after his stellar play in the tournament.

The Argentinian duo may both currently be out of the NBA, but this could easily change. Having led their squad to a gold medal, they are continuing the legacy of Argentina. Deck took MVP honors with 21.5 points (led the league) and 5.8 rebounds. His partner Facu took home All-Star Five honors with 12.8 points, 2.8 rebounds, 8.2 assists (second in the league), and was the steals leader with 3.5 per game. They were clearly a solid 1-2 punch on the court. Facu could just be days away from another NBA contract, and the Thunder must be kicking themselves for waiving Deck after this tournament.

All-Star Analyst Willie Wilson names his picks for the best small forwards in the NBA heading into the 2022-2023 season.