Extra Pass: Bucks, Nets aim to get back to winning ways

It’s going to be a showdown between two of the most interesting teams in the East tomorrow on NBA TV Philippines (available on Smart GigaPlay). 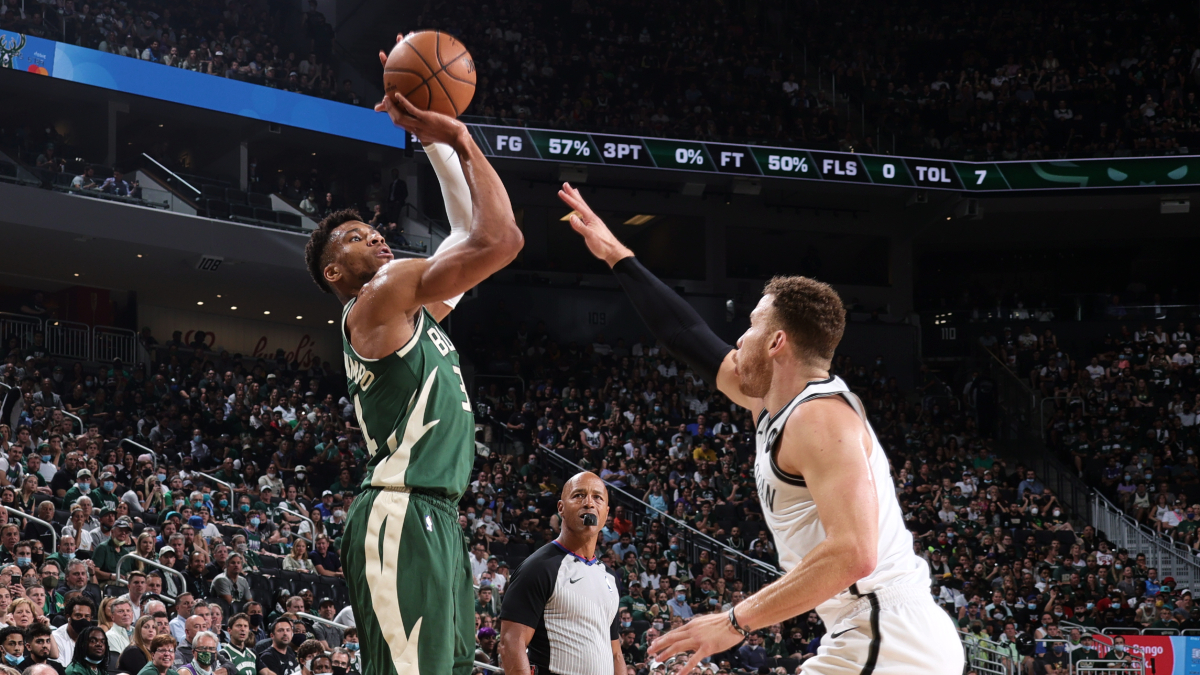 If you check the standings, it might not make much sense why the Brooklyn Nets are still the talk of #NBATwitter. They’re sitting in eighth place in the East with a 31-29 record. Seven Eastern Conference teams are doing better than them in winning games, but perhaps not quite in the drama department where the Nets are the top seed.

The latest development in the Brooklyn saga: Kyrie Irving may soon play in home games once a change in New York’s vaccine mandate is greenlit. This means that by sometime late March or early April, the Nets’ new Big 3 of Irving, Kevin Durant, and Ben Simmons could all be giving each other high-fives at Barclays Center.

Until then, this is the Brooklyn Nets that we got: a KD-less, half-a-Kyrie team on a two-game losing streak. Their biggest scoring threat is Seth Curry. They got the Milwaukee Bucks next.

What’s up with the Milwaukee Bucks?

The Milwaukee Bucks aren’t exactly chilling at this point. They can’t. Their win-loss record (36-24) is good for fourth in the East, but those three teams at the top are holding a firm grip on their spots. One of those teams, the Philadelphia 76ers, just handed the Bucks a three-point loss before the All-Star break.

This Nets game is the Bucks’ first after the break but they won’t be rejuvenated as they’d hope to be. Injuries to Brook Lopez, Pat Connaughton, Grayson Allen, and George Hill are still there and are keeping the Bucks from reaching their full potential.

Serge Ibaka’s recent addition hasn’t been truly felt yet. Once he starts to become at least a tiny bit like the Ibaka of old, then it’s go-time. Until then, Giannis Antetokoumpo will have no problem carrying the team on his broad shoulders.

Bucks versus Nets will always be a fun matchup even if we don’t get a Giannis-KD duel. This is weird to type, but Brooklyn has been Seth Curry’s team as of late. Curry is averaging an 18-5-4 line and four 3s per game. He might want to get his heat check on against the defending champs. Also, this is an away game, so welcome back again, Kyrie.

If Curry plays anything less, then Brooklyn might find themselves in a deep hole straight to a three-game losing streak. Without Durant, Antetokounmpo and the Bucks are too much of a championship-level team for the Nets to handle.

Catch the game tomorrow live at 9:30 AM on NBA TV Philippines, available on Smart’s GigaPlay app and Cignal TV.