After two postponed games, the Bulls get back on the court as they host the Lakers. 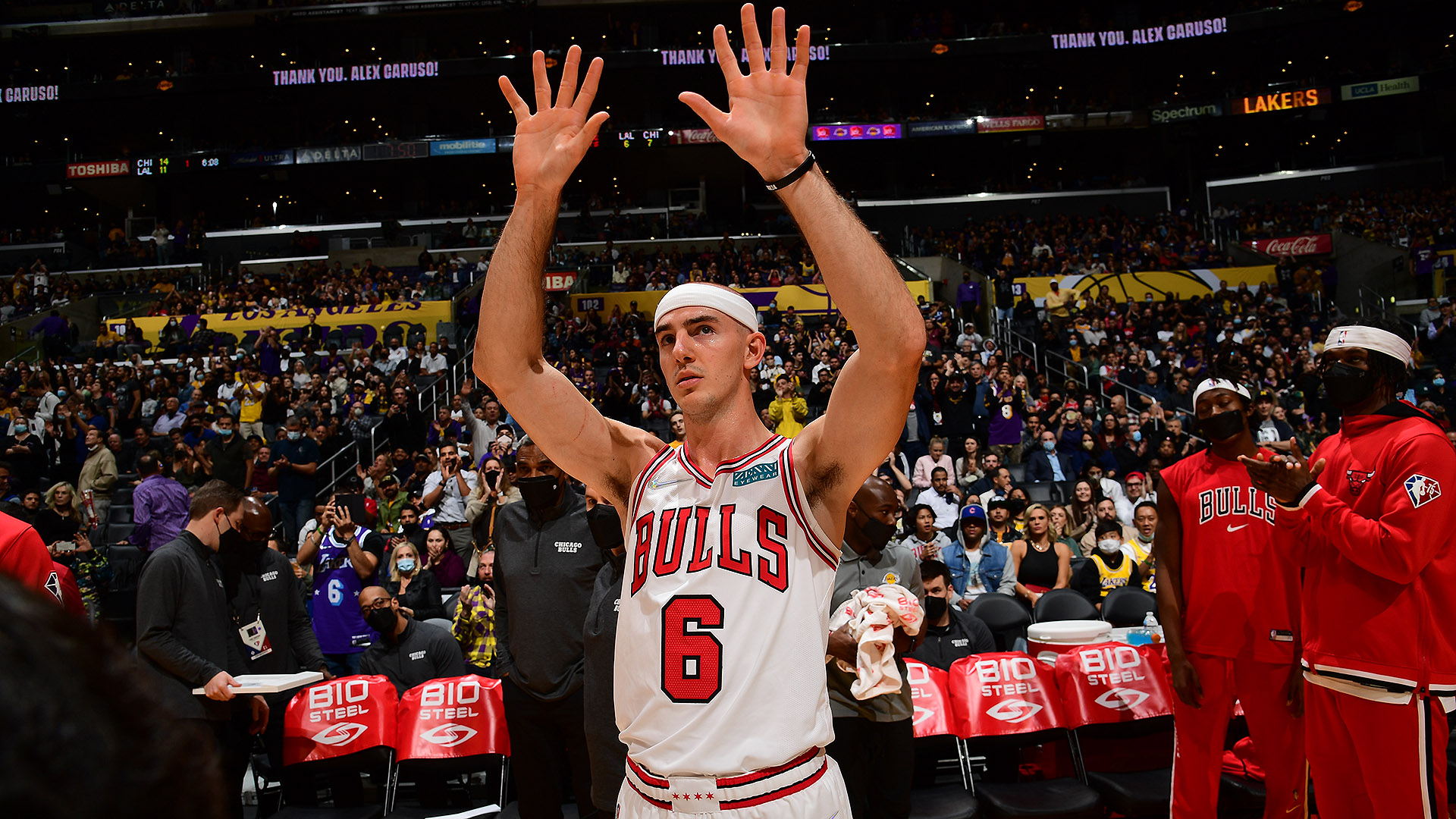 This one’s going to be interesting. The Chicago Bulls will finally be back on the floor after having their last two games postponed due to a COVID-19 outbreak within the team.

If you’re Alex Caruso, it’s perfect timing. Caruso will face his former team, the Los Angeles Lakers, for the second time this season.

As a Laker, Caruso was a cult hero, getting all the love from Laker Nation for his hustle and high-flying highlights. As a Bull, Caruso has become a legit defensive superstar.

Watch the "Carushow" and you’ll see him swipe two steals per game, the most in the league. That’s a huge plus for the Bulls, a team that relies heavily on the offense of Zach LaVine and DeMar DeRozan. Good thing for the Lakers is that only DeRozan will be suiting up. The Bulls will also be missing Patrick Williams, Derrick Jones Jr., and Ayo Dosunmu.

For L.A., it’s about to be a tumultuous, crazy month. Anthony Davis went down with an MCL sprain and will be sidelined again for at least four weeks. Talen Horton-Tucker, Malik Monk, Avery Bradley, Dwight Howard, and Austin Reaves are all out.

The Lakers had to dig deep and look into the G League for help. What they picked up is a classic gem in Isaiah Thomas. In IT’s debut against the Minnesota Timberwolves, he scored 19 points in 22 minutes.

We all know what Thomas can do. If he can continue to score on a consistent basis, then he might indeed be the band-aid solution that the Lakers need.

Also, LeBron James is 37 years old and chasing down blocks like he’s 27. He might have to play with the energy of a 17-year-old Bron for the Lakers to survive a month without AD. The Bulls will be their first test.

The Lakers and the Bulls clash at 9:00 AM on NBA TV Philippines via Smart GigaPlay app or Cignal TV.