Anthony Davis and the Los Angeles Lakers hope to extend their winning streak against the Suns. 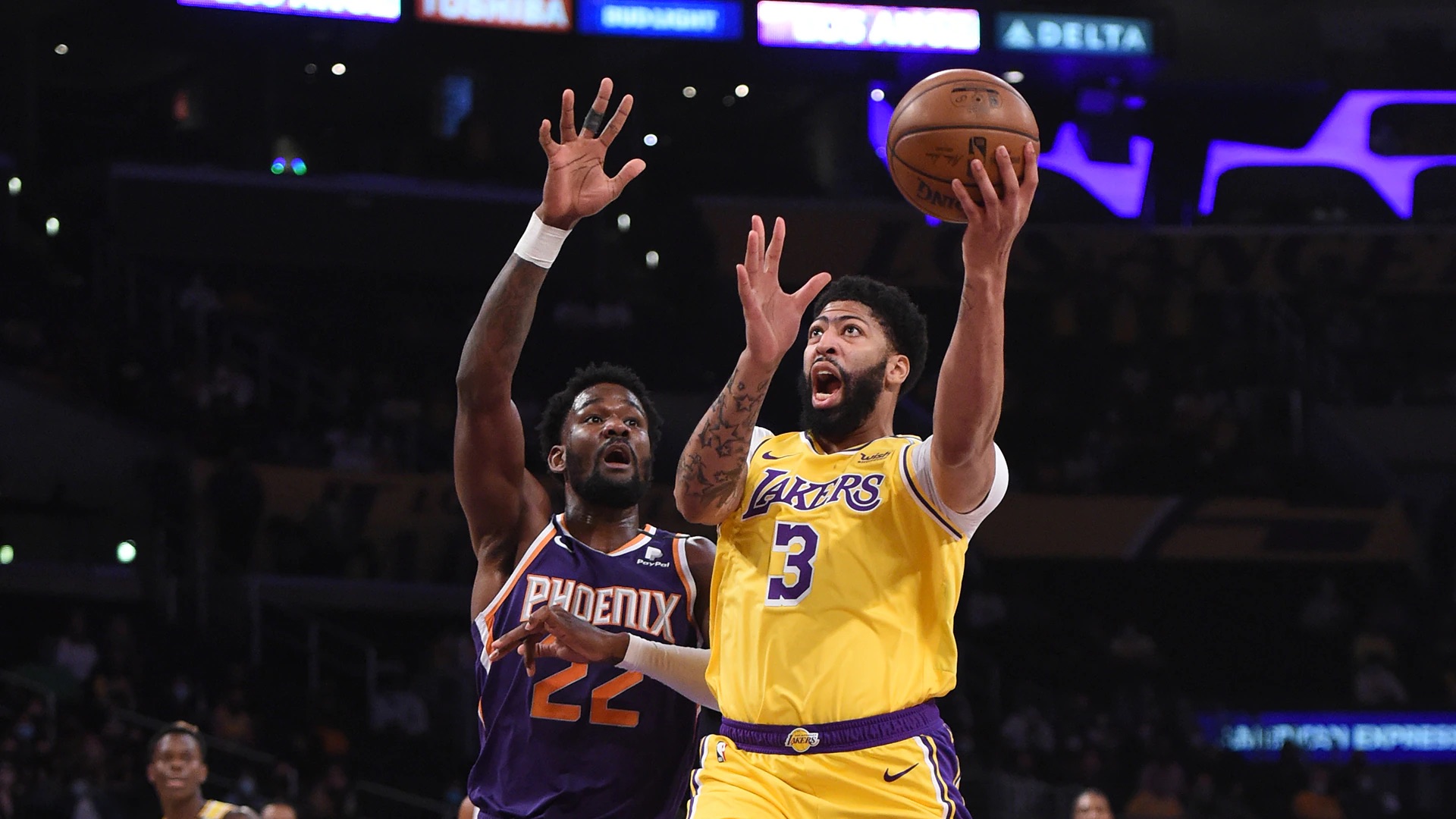 What’s up with the Los Angeles Lakers?

The Lakers will be facing the Suns for the first time this season, and it is expected to be a very competitive neck-and-neck between the two. Things haven’t gone well for the Lakers but right now they are trying to bounce back with a three-game winning streak.

There’s a spark of hope still for the LA fans as Anthony Davis is healthy and bringing back his old numbers. He has scored 30-plus points in three straight games, the most recent of which was his 30-point, 18-rebound performance in the blowout victory over the San Antonio Spurs.

LeBron James missed four consecutive games so far due to a left adductor strain so AD has been delivering for the slumping Lakers. Russell Westbrook has 10 points and 10 assists versus San Antonio but he left the arena with a wrap on his right thumb and will be evaluated. Lonnie Walker and Thomas Bryant have been helping out the Brow with 16 and 11-point averages respectively.

The Phoenix Suns are in a contrasting position to the Lakers as they are near the top of the Western Conference standings. They’ve been strong so far, easily dispatching the New York Knicks with a 116-95 win. Cameron Payne scored 21 points and nine dimes in the outing while Devin Booker chipped in 20 markers.

Defense has been the key to the Suns’ early season success. “No matter who we have on the roster we can play that kind of defense with the effort, and game plan discipline,” Coach Monty Williams said in the post-game interview against the Knicks.

We see players like Mikal Bridges playing excellent defense versus his counterparts while dropping 13 points. The expected floor general Chris Paul, though, has been absent from the game for six straight games already and will remain doubtful for the bout at home with the Lakers.

The Lakers are on a three-game winning streak right now and they’re building on a huge win against the Spurs. Davis has been exceptional and they won that easily without the King playing. However, despite the good outings for Davis recently, we expect that Deandre Ayton will make him struggle on the inside during their matchup. He’s a very reliable defender in the paint and the Suns’ frontcourt would surely limit second-chance points for AD and his teammates.

With James still questionable and Westbrook a game-time decision, the Lakers will most likely be shorthanded in the tilt. The Suns have the defense and firepower on their side so they may dominate on their homecourt tomorrow.

You can catch the Lakers-Suns game tomorrow live at 11:00 AM on NBA TV Philippines.