The Cavaliers are hoping to limit Saddiq Bey, who is coming off a 51-point performance, and the Pistons. 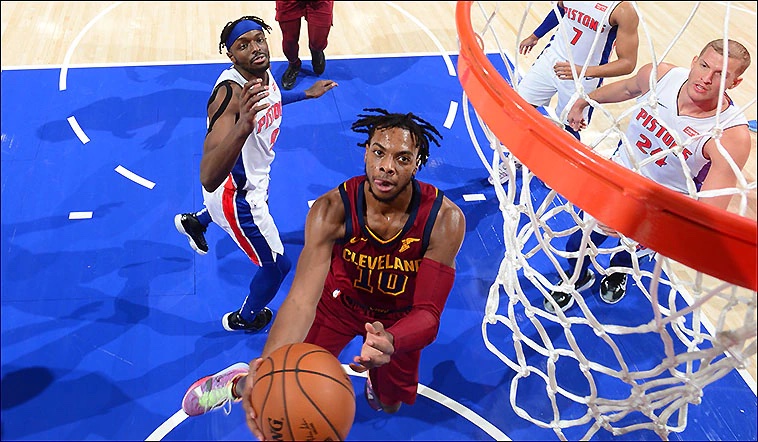 What’s up with the Detroit Pistons?

The Detroit Pistons are in desperate, next-man-up mode. Injuries and missed games are piling up in what has been a lost season for the Pistons. Jerami Grant, Cade Cunningham, Hamidou Diallo, and Killian Hayes are all battling something, leaving Saddiq Bey to battle everything. Bey took on the challenge and dropped a ridiculous 51 points on 10 3s on the Orlando Magic–a team with the worst record in the East. The Pistons should be looking ahead to next season for wins, but it’s certainly going to be fun to watch Bey do some high-level target practice.

What’s up with the Cleveland Cavaliers?

The Cleveland Cavaliers is also a team battling injuries. Unlike the Pistons though, the Cavs still have something to fight for. This is perhaps why Jarrett Allen, the team’s anchor in the paint, chose not to undergo surgery on his fractured finger for a possible return before the end of the regular season. There’s still the playoffs to be played. The Cavs are currently sitting at that very thin line between playoffs and play-in, tied with the Toronto Raptors with identical 39-30 records. They’ll look to take on every game from here on out with that in mind.

It’s going to be a 48-minute heat check for Saddiq Bey. With the Pistons having nothing to lose, Bey will have the greenest green light to keep shooting again. The Pistons will live and die by this, which will only give the Cavs an easier target defensively.

If Bey can duplicate his historic performance against the Magic, then the Cavs will have to sweat it out in their bid to hang on to the sixth playoff spot and avoid the play-in tournament. But the Cavs, as they’ve proven throughout the season, have always managed to field the right personnel when a win is much-needed. Despite the injuries, they still have too many weapons. Barring a Bey eruption, the Cavs should take this.

The Pistons will see if they can get any momentum going from Saddiq Bey’s previous explosion with a matchup versus the Cavs. The game tips off at 8:00 AM on NBA TV Philippines, available via Smart GigaPlay app and Cignal TV.