The Celtics are hoping to send Kevin Durant and the Nets to their fourth straight loss, live at 2:00 AM on NBA TV Philippines via Smart GigaPlay and Cignal TV. 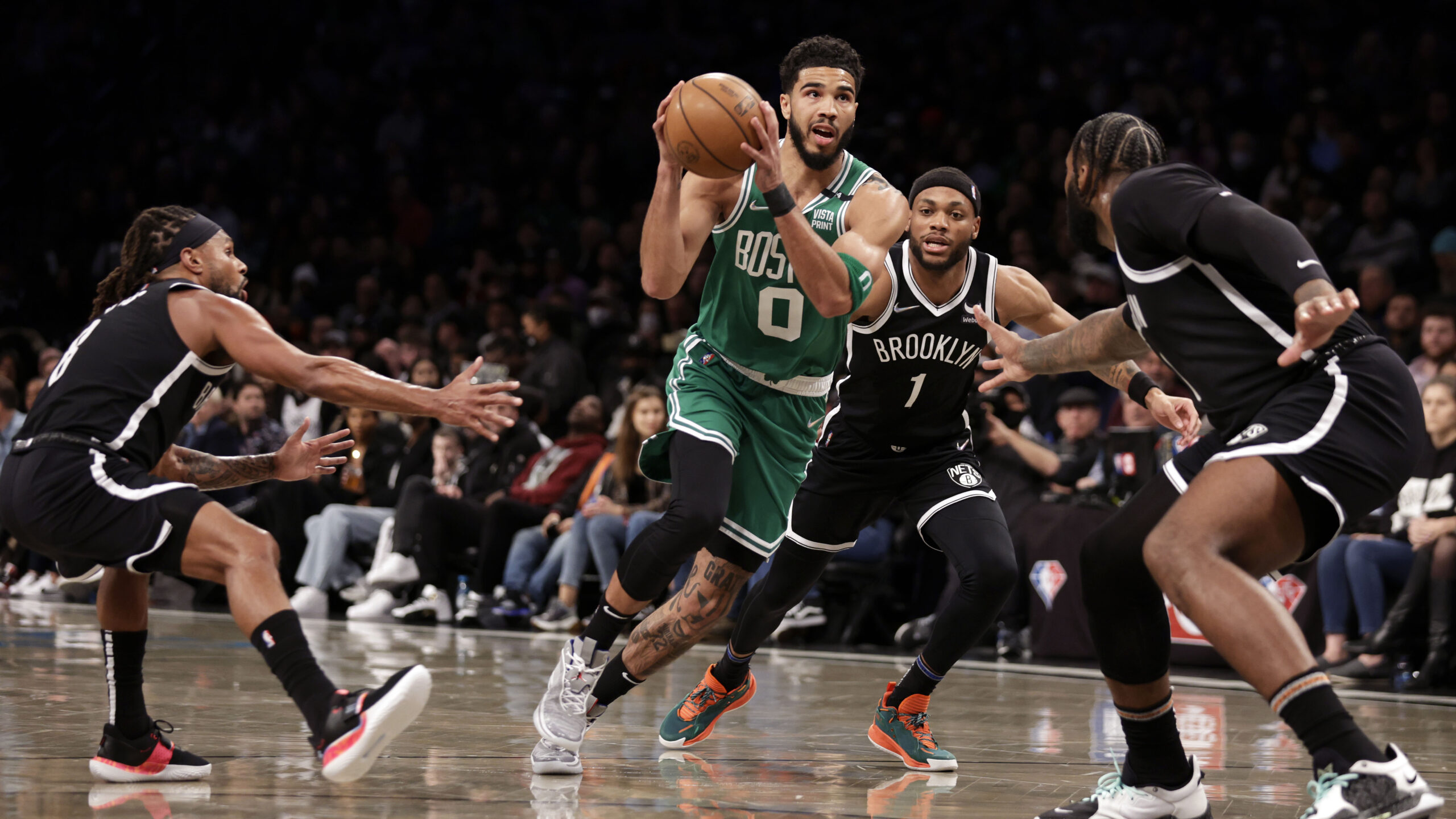 What’s going on with the Brooklyn Nets?

It’s probably been a while since Kevin Durant had lost this much, and it’s definitely not a good sight to see. The Nets went from a Finals contender to a potential play-in team in a span of just a few weeks. James Harden’s departure (and his initial refusal to play) seriously damaged Brooklyn’s chances to make the big jump this season.

If there’s any silver lining, it’s that KD is not one to quit. In his previous game against the Miami Heat, he dropped 31 points despite struggling from beyond the arc. It was only him, Bruce Brown, and Patty Mills who ended in double digits – so you know KD is carrying quite the load. Ben Simmons has yet to gear up for the Nets, and everyone is waiting to see how the two will work together.

What’s going on with the Boston Celtics?

The Celtics right now are like teens going through puberty. There are good and bad days. Sure they’re just on a two-game winning streak, but they also hold an 8-2 record in the last 10 games. They are comfortably sitting at the No. 5 spot in the East, but are on pace to climb the ranks with the way they’re playing.

Jayson Tatum has been hot since his All-Star appearance. He ramped up his performance and is now averaging 30 points, 7.4 rebounds, and five assists. He even dropped 37 points on his birthday by shooting 56 percent from the field.

Looking for a reason to stay up at night? Or maybe you’re a Celtics fan and you can’t believe they’re good right now? Either way, the match between Brooklyn and Boston should be an interesting one. It will be quite a stretch to say that the Nets will get even with the Celtics who have a 2-1 record on them this season, but fans will surely get a good game at the very least.

Both teams are run by an exceptional offensive talent in KD and Tatum. The two are part of the top 10 scorers this season, averaging more than 25 points per game. While this may be exciting for the fans, it’s really the supporting characters that will define the game.

Patty Mills and Marcus Smart seem to have some beef brewing as they both shoot exceptionally well from long distance when they go up against each other. Mills makes 44.4 percent from the 3-point range when he’s up against Boston. Granted, he makes less than 10 a game, but he can get a big break given Harden is no longer with them. On the other hand, Smart suddenly turns into a splash brother against the Nets as he goes 51.9 percent from beyond the arc.

Brooklyn needs this win for their position in the standings and their confidence. Allowing a 16-point comeback on your homecourt against the Heat must have been devastating. The Nets need this win not only to have a chance of securing an outright playoff position but also to prove that they are still contenders despite the skid.

Meanwhile, the Celtics surely want to grab another chance of proving that their last few wins were not a fluke. It’s an actual rise out of the slump that they’ve been in.