After a stunning loss to the Rockets, the Nets are looking to get back on track when they take on the Hawks tomorrow. 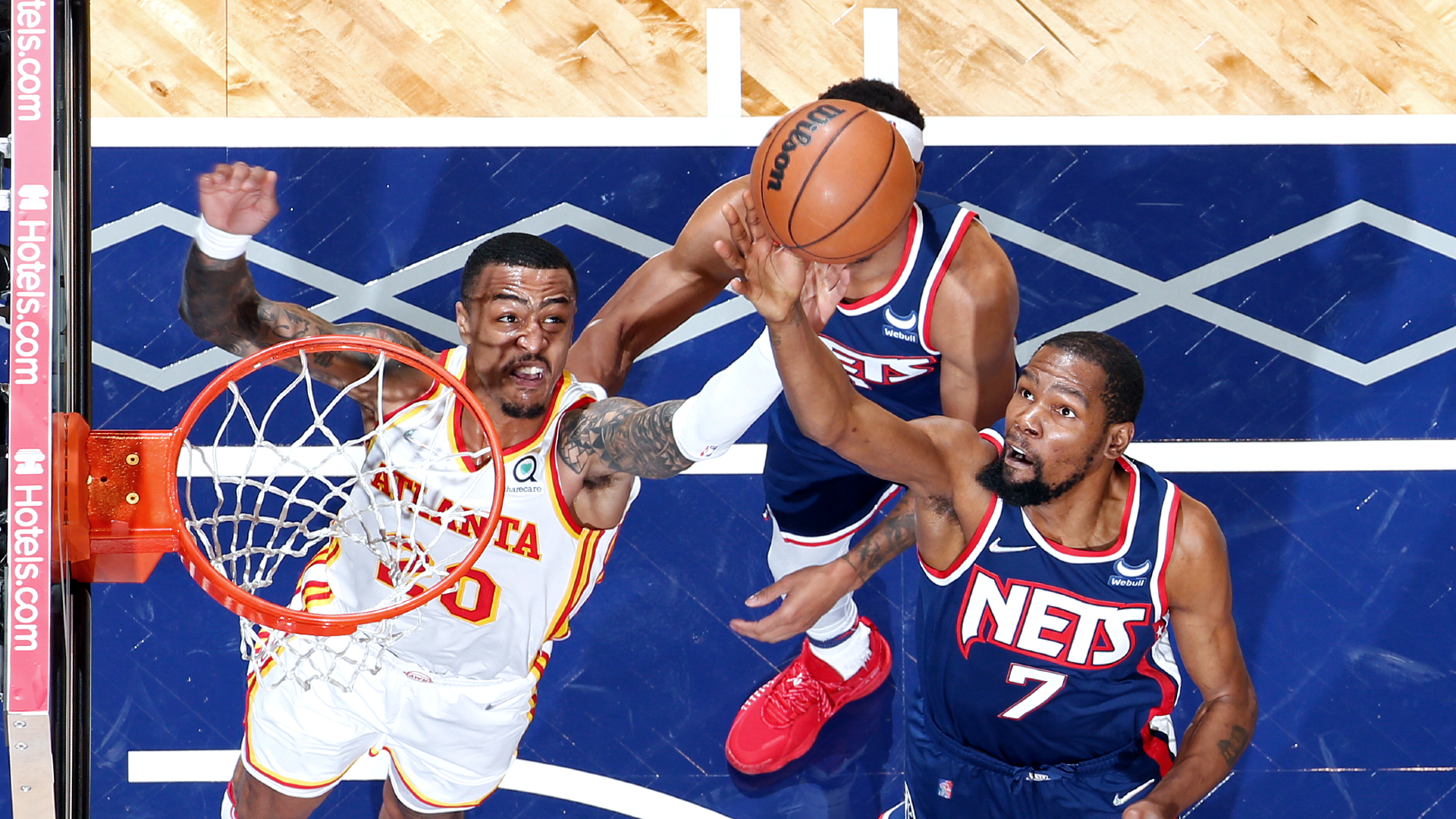 The Brooklyn Nets are at the top of the Eastern Conference, and in their last 10 games, have gone 7-3 similar to the Atlanta Hawks, which they will face tomorrow live at 8:30 AM on TV5.

The Hawks, who have been missing key pieces like Bogdan Bogdanovic and De’Andre Hunter to injuries, are slowly climbing the ranks. They’ve already beaten contending teams like the Washington Wizards and Milwaukee Bucks, among others. Trae Young is averaging 26.3 points, while John Collins and Clint Capela have been providing the perfect support system. Plus, their deep bench and young roster are something to watch out for.

Meanwhile, the Nets are loaded with talent and are always going to be contenders as long as Kevin Durant and James Harden are on the roster.

But even with all Brooklyn’s firepower, the Nets were upset in their last game against the Houston Rockets. They were limited to just 39.3 percent from the field and made just eight 3s – numbers quite low for an All-Star-studded team.

That’s why tomorrow’s game is crucial for both teams. The Hawks badly need a confidence- booster that will aid in their climb up the Eastern Conference standings. The Nets, on the other hand, need to be a little more aggressive and assert their dominance. There’s no doubt that Brooklyn will make the playoffs, but the question is if it will be consistent until that time.

After the Nets-Hawks game, switch over to NBA TV Philippines via the Smart GigaPlay app or Cignal TV to catch the battle between the Boston Celtics and Phoenix Suns at 11:00 AM.

The Suns are favored in this matchup, but Jayson Tatum’s scoring is always fun to watch. He’s currently averaging 25.7 points, 8.8 rebounds, and 3.6 assists. Chris Paul, on the other hand, is playing like he’s in a video game, leading the league in assists (10.1) in his 17th season. But when the team needs him to score, he’s more than willing to make crucial shots and game-winners.