Extra Pass: Embiid, Sixers gear up for clash against No. 1 Suns

Catch the Sixers-Suns game live at 8:00 AM on NBA TV Philippines via the Smart GigaPlay app or Cignal TV. 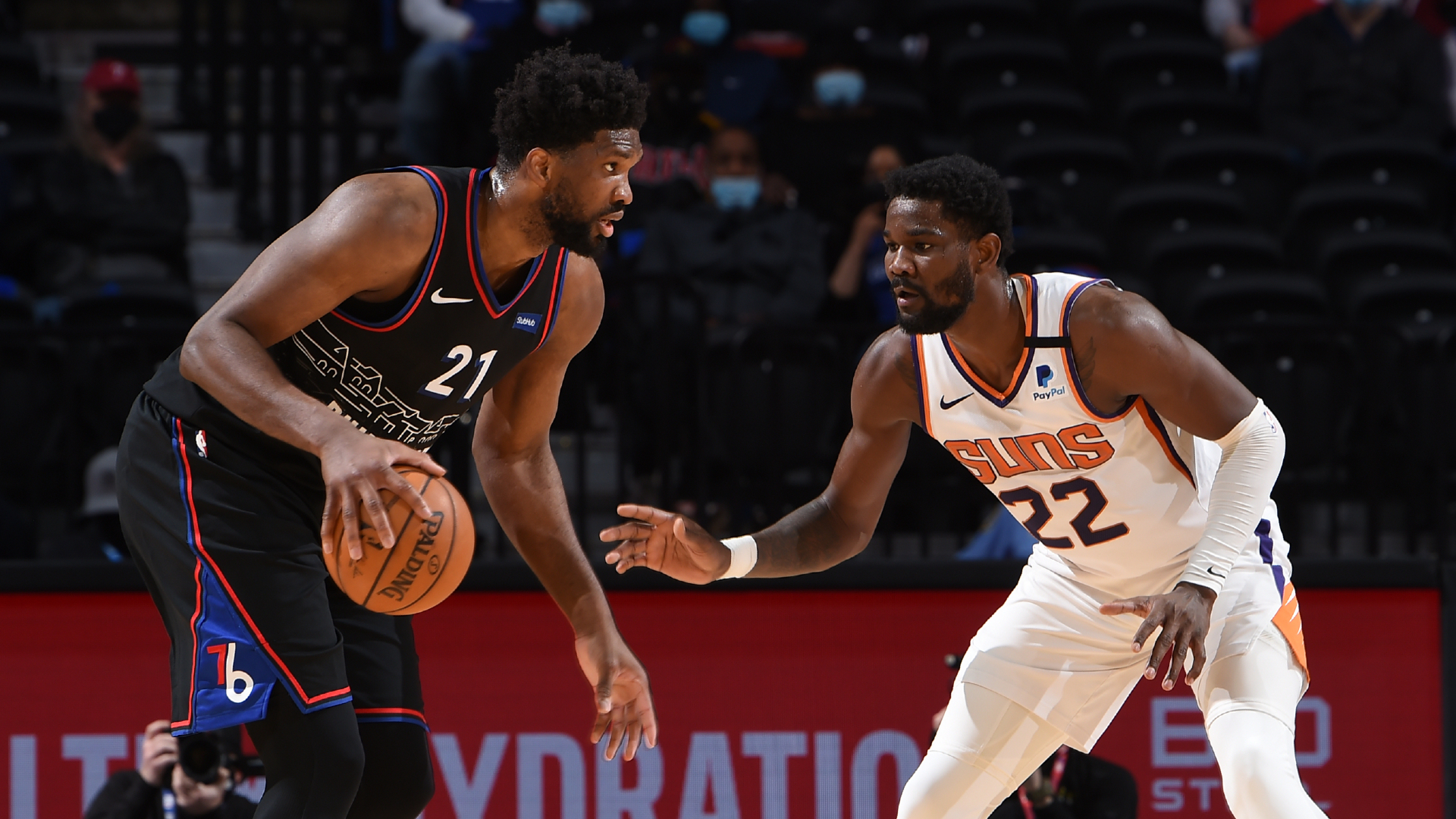 What’s going on with the Philadelphia 76ers?

The 76ers recently came away with a 119-108 victory against the Chicago Bulls. As expected, Joel Embiid took over in the win with a double-double of 40 points and 10 rebounds, while Tobias Harris was the X-factor.

Harris has upped his productivity, scoring 21.6 points in their last 10 games while shooting 56.5 percent from the field and 50 percent from beyond the arc. In their game against Chicago, Harris helped extend Philadelphia’s lead by dropping 11 of his 23 points in the final quarter.

Phoenix is coming into tomorrow’s game fresh off a win against the Bulls as well. Do not be fooled by the close 127-124 final score. Chicago’s only lead came in the opening minute. There was only one lead change, favoring the Suns, that went all the way until the end. The Bulls made quite a run in the fourth quarter, but could not complete a 27-point comeback against the No. 1 team in the NBA.

Devin Booker went on a shootout against DeMar DeRozan as both players ended with 38 points. The young All-Star was hot from all parts of the floor, shooting 60.9 percent from the field.

However, in true Suns fashion, everyone contributed to the win. Six players ended in double-digits, including JaVale McGee who left prematurely due to two technical calls. Chris Paul had another Point God night as he ended with 19 points and 11 assists.

The season’s already beyond the halfway point, and yet the 76ers and Suns are meeting for the first time. Both teams have just faced Chicago with similar results. The opposing strengths of both teams should be interesting to see.

Currently, Embiid is the frontrunner of the MVP race. Philadelphia is 27-12 with Embiid on the floor and 4-8 without him. To say Embiid is a huge asset on the team is an understatement. He is the reason the Sixers are thriving despite losing Ben Simmons. In the month of January, Embiid scored a league-best 34 points with 54.2 field goal percentage.

He didn’t stop there. Embiid added 10.8 rebounds, 5.1 assists and 1.5 blocks a game. His performance was so incredible, he became one of just five players to average 34 points and 10 rebounds in a month while playing in at least 10 games. The list includes Anthony Davis, Russell Westbrook, Karl Malone, and Moses Malone.

Also part of the MVP race is Chris Paul. He continues to be exactly what the Suns’ excellent system needs. In this season alone, CP3 had double-digit assists in 32 of the 53 games he’s played. His performance and his career have been so good he made an NBA record of 50 career games with 10 assists or more with no turnovers.

To make things even better, CP3 doesn’t seem to be slowing down at 36. He’s played all pf Phoenix’s 53 games so far in the season. He may not be scoring as much with just an average of 14.9 points, but he really doesn’t need to. Booker has been averaging above 24 points since the 2016-17 season. Deandre Ayton makes 16.3 points while shooting 63.5 percent from the field.

This match may not have a compelling guard versus guard, big versus big matchups. However, with the amount of firepower Philadephia and Phoenix possess, expect nothing short of a playoff-level outing.