The Utah Jazz hope to extend their winning streak when they host the Wizards tomorrow. 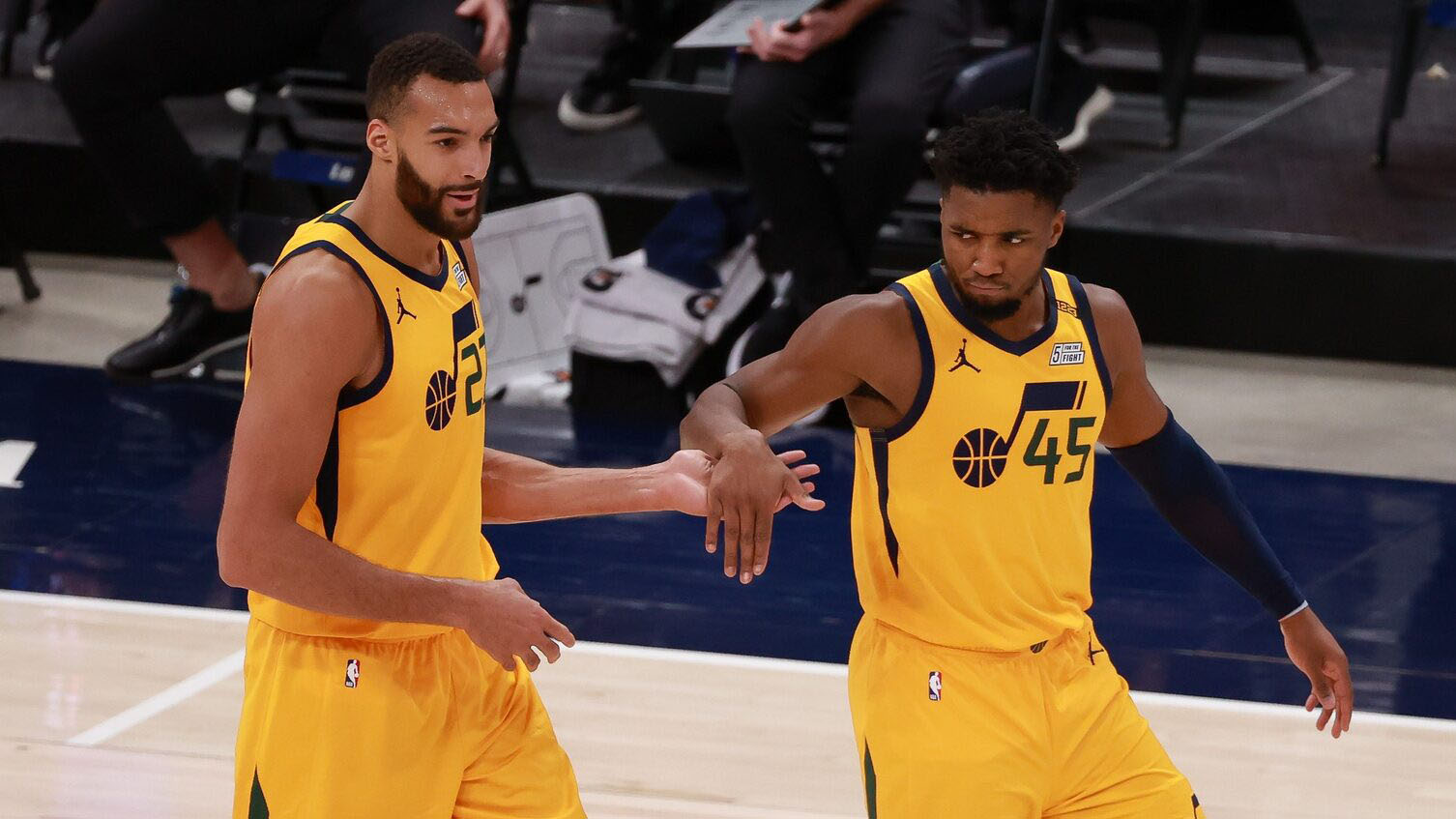 After  Gobert and the Utah Jazz basically told the Minnesota Timberwolves that “you can’t sit with us” via a 32-point beatdown, Anthony Edwards and Patrick Beverley took shots at the three-time Defensive Player of the Year.

Edwards put Gobert and Kristaps Porzingis in the same breath talking about rim protection, saying that Porzingis is the best and that Gobert “don’t put no fear in my heart.”

Beverley, meanwhile, wondered aloud why Gobert is the DPOY if he’s guarding guys like Jarred Vanderbilt.

In that win versus the Wolves, Gobert played an OK 13-point, 10-rebound, and 1-block game.

He followed it up with a 17-point, 21-rebound, 2-block performance against the Philadelphia 76ers. It was a solid response to the shots fired by Edwards and Beverley. He saved the best response postgame with this quote: “When you’re the best in the world at something, people become insecure.”

The Jazz are on a six-game winning streak and things are clicking for everyone, but more so for Gobert. These were his numbers in those six games:

All this to say that the Washington Wizards are in big, big trouble. The Wizards will catch the Jazz on their home floor in the middle of this hot streak.

Washington has lost three of its last four, dropping games to Cleveland, Toronto, and Indiana. They got their most recent win through a Kyle Kuzma-game-winner in overtime versus the East’s second-to-the-last team Detroit Pistons. So, yes, the Wizards are on a cold streak.

After a blazing start to the season, they’re now tied at fourth in the East with the Miami Heat.

How will the Wizards match up against a quite possibly extra-motivated, definitely towering Gobert when they have no one above 6’10”?

Meanwhile, a Chicago Bulls-Miami Heat clash may look like a totally different ballgame.

Out for the Bulls are their leading scorer DeMar DeRozan, Alex Caruso, Derrick Jones Jr., Javonte Green, and Patrick Williams.

Out for the Heat are Jimmy Butler, Bam Adebayo, and Markieff Morris.

This opens the door for more Caleb Martin career games or another Zach LaVine explosion or whoever will take on the challenge of stealing the show.

These are two elite Eastern Conference teams that will have to wait further down the line for a complete, heavyweight fight.

The Heat and the Bulls will test their roster depth at 9:00 AM on NBA TV Philippines, available on Smart’s GigaPlay app and Cignal TV.