It’ll be an intercity affair when the Lakers face the Clippers tomorrow. 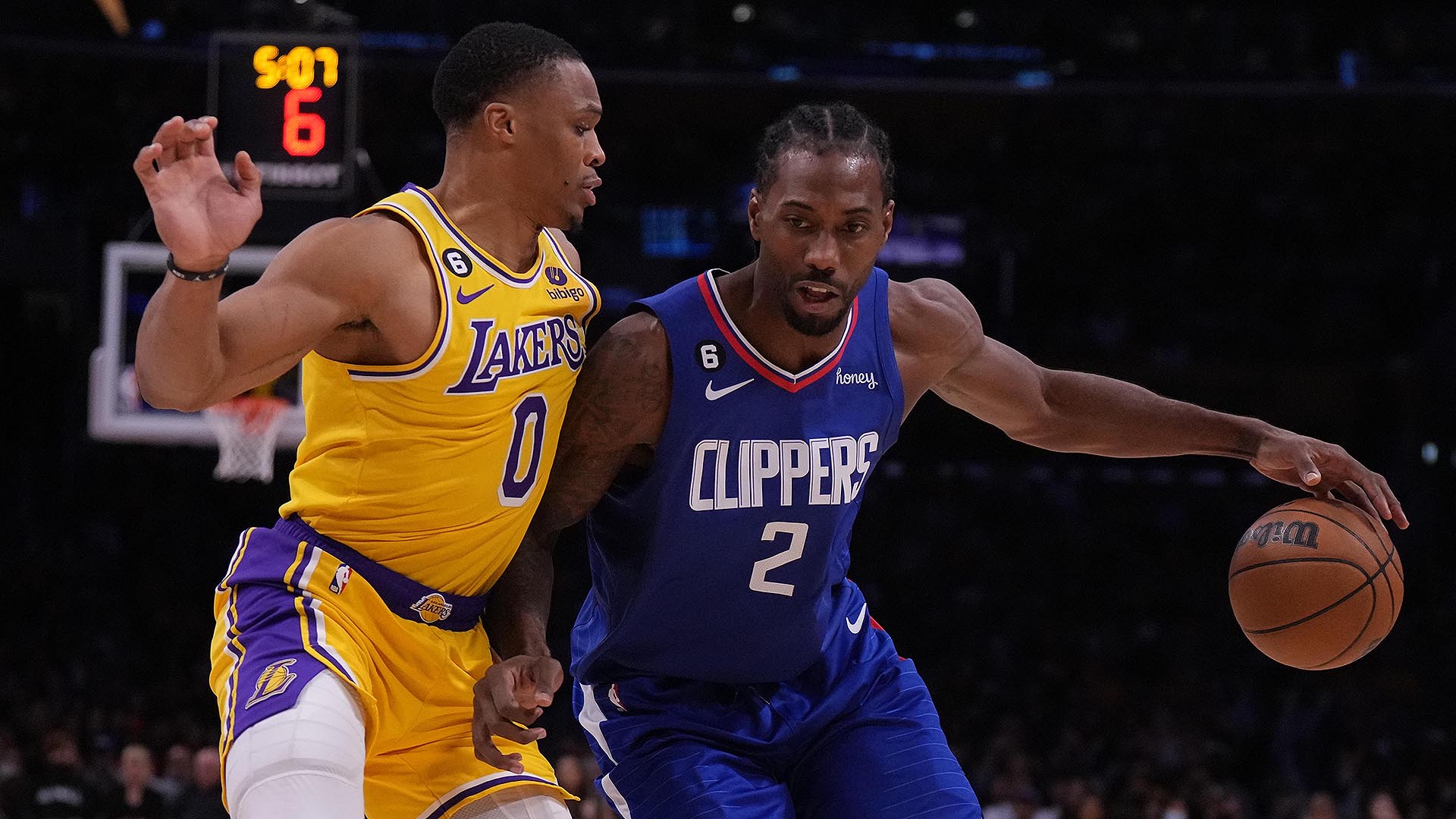 What’s up with the LA Lakers?

Things are pointing back up once again in Lakerland.

The Lakers are coming off a huge 25-point comeback win over the Portland Trail Blazers. Even though they were undermanned, LA showed incredible grit and determination to steal the win in front of a loud Portland crowd. In the absence of three rotation players, several Lakers have stepped up their games as of late.

Dennis Schroder has come up big, averaging 21.5 points and 8.0 assists in the past two wins. He’s also become a consistent end-game option for the team, making clutch plays to steal or seal wins.

Thomas Bryant has stepped into the starting center spot left by the injured Anthony Davis and has had huge games as the team’s pinch-hitting big. He was unstoppable against the Blazers, scoring 31 points and hauling down 14 boards.

Of course, the latest winning run by the Lakers wouldn’t be possible if not for the leadership of LeBron James. The newly-minted Player of the Week averaged a 35-9-7 line in the past four games, a stretch where the Lakers went 3-1. James has shown no signs of slowing down and is doing everything he can to pull the team back into contention.

It seems like management has finally taken notice of the possibility of making the playoffs after a slow start. They made a move to acquire Rui Hachimura, a combo forward that brings shooting and versatility to the frontcourt.

With reports of Davis returning soon, the Lakers are primed to make a run back into postseason contention. The question now is can James and the rest of the Lakers available keep trending the right way until the cavalry arrives?

What’s up with the LA Clippers?

Another team that’s headed in the right direction are the Clippers.

It seems like LA has finally figured out the Dallas Mavericks, a team that’s been giving them trouble in the past few years. The Clippers have two wins over the Mavericks in their past seven games. They’ve limited the Mavericks to just 99.5 points in those two wins even with Luka Doncic playing well in those games.

Their performance against Dallas is just an indication of the potential of the Clippers. After being one of the top defenses in the league to start the year, LA has slipped significantly to 10th place in the league in defensive rating, allowing 113 points per 100 possessions. In their last win against the Mavs, that number was just 111.1, closer to their defensive rating last season (110).

The Clippers are also slowly getting healthy. Kawhi Leonard has played in eight of the nine games the team has played this month. He’s been solid averaging 26.9 points on 52.8 percent shooting during that stretch. They’ve also welcomed back Paul George, who missed four games in the middle of the month with a hamstring issue. With their two superstars leading the way, the Clippers have been able to string together two straight wins, just like the Lakers have heading into this contest.

The Clippers, just like the Lakers this season, are also prone to rough stretches. They’re only 3-4 in the last seven games and are recently coming off a six-game skid. Their place in the playoffs isn’t on solid ground yet.

Leonard and George are both expected to play against the Lakers, leaving LeBron with no backup to take on the two All-Stars. While Davis has been out, it’s been a rotating cast of players who have played well alongside the King. Schroder and Bryant will be called on to play well once again.

Of course, there is one more player on the Lakers capable of playing like a superstar. Russell Westbrook, the team’s star sixth man, had a rough outing in the win over the Blazers. He hit only three of his 13 shots for six points. If he can get close to his January averages of 19.5 points, 7.4 rebounds, and 7.1 assists, he gives James a dynamic partner to take on the Klaw and PG13.

With both teams gaining momentum heading into the matchup, this is anyone’s ball game. It’s just a matter of which team has the best player to come up with the biggest plays when it matters most.

Leonard and George are both capable of being that guy. But right now, the best player on both teams is James. He’s playing as well as he’s had throughout his career. He can ride that momentum heading into this game and add another incredible performance to the collection he has this season. If the rest of the Lakers carry their load, the King will bring the win home.

You can watch this inter-town rivalry live on NBA League Pass at 11:00 AM or via same-day telecast on NBA TV Philippines at 1:30 PM.

The Mavericks will strive to break their losing streak when they fly to Phoenix to take on the Suns.