Coming off their first win of the season, Luka Doncic and the Mavericks will play at home for the first time this season as they host Jalen Green and the Rockets. 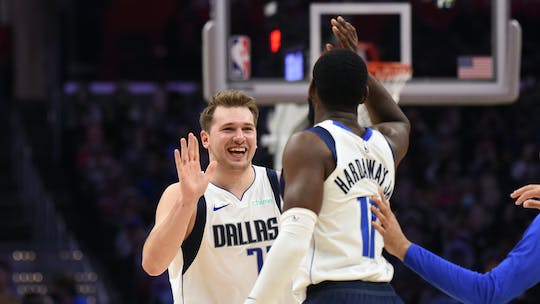 The Houston Rockets and Dallas Mavericks will battle it out to earn their second win of the season. Catch their game live at 8:30 AM on NBA TV Philippines via Smart’s GigaPlay App or Cignal TV.

Jalen Green is starting to get adjusted into the big league after a spectacular preseason performance. In their previous game against the Boston Celtics, Green blew the crowd away as he scored 30 points on 8-of-10 shooting from downtown. The rookie is quickly becoming a favorite for Rockets fans as he continues to develop his game with the team.

Green is accompanied by Christian Wood, who averaged a double-double of 22.3 points and 10.7 rebounds through the first three games of the season, and Kevin Porter Jr., who has assumed the role of playmaker as he tallied 10 assists against the Oklahoma City Thunder.

This young core is paving the way for a new Rockets team who struggled to make waves last season. With Green getting better every single game and the team finally getting in sync, they can bring buckets to the table, which is always so exciting to see.

Meanwhile, the Dallas Mavericks are picking up the pace after opening the season with a loss against the Atlanta Hawks. All starters scored in double-figures in their 103-95 win against the Toronto Raptors.

Luka Doncic continues to lead the Mavericks, posting a near triple-double of 27 points, nine rebounds, and 12 assists against the Raptors. Tim Hardaway Jr. has also been consistent so far, averaging 19.5 points over the last two games.

What’s interesting is Kristaps Porzingis finally upping his numbers coming off a frustrating season. He is averaging 14.5 points and 7.5 rebounds so far under the coaching of Jason Kidd. If Porzingis can keep up his performance and stay healthy throughout the season, then Dallas may be a lot better despite not making many upgrades in the offseason.