Catch the Timberwolves-Pacers game live at 4:00 AM on NBA TV Philippines via Smart’s Gigaplay App or Cignal TV. 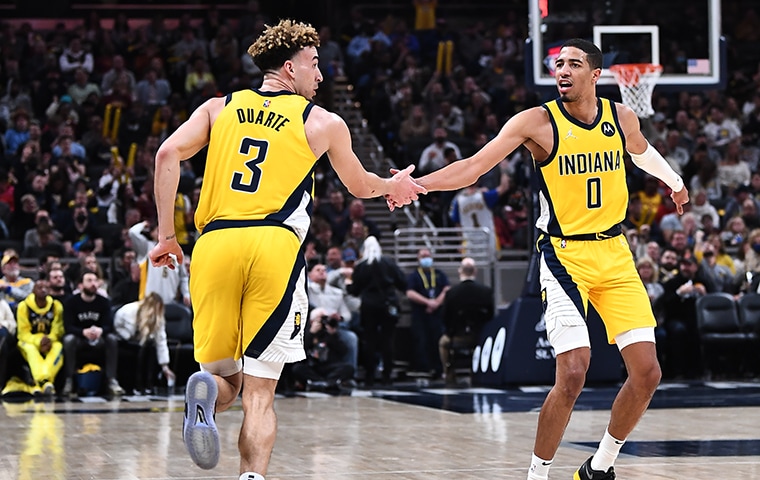 What’s going on with the Minnesota Timberwolves?

There wasn’t much talk about the Minnesota Timberwolves at the end of the trading period, and they honestly didn’t need it. The Timberwolves have already shown improvement since their previous season. From being at the bottom of the Western Conference standings to being in a Play-In position is an obvious plus.

The best part about it is Minnesota did it all while retaining their three young stars. Anthony Edwards continues to get better as he averages 22.1 points, 4.8 rebounds, and 3.7 assists. D’Angelo Russell maintained his scoring production while increasing his rebounds and assists this season. Karl-Anthony Towns received his second call up for the All-Star Game.

The Timberwolves just get better through time. Only time can tell if they have what it takes to end their playoff drought since the 2017-18 season.

What’s going on with the Indiana Pacers?

The same cannot be said about the Indiana Pacers, who made big moves at the trade deadline. Pacers fans were heartbroken when the news broke out that core players, including star forward Domantas Sabonis, were leaving the team. However, as tough as it may be, the pain is the price they have to pay for a projected upswing.

Indiana acquired several young guys and veterans that are vital for the team’s rebuild. They received Tyrese Haliburton, Buddy Hield, Tristan Thompson, Ricky Rubio, Jalens Smith and four draft picks. They skipped having to rebuild from scratch by acquiring a future All-Star in Haliburton. Plus, they don’t even have to keep their acquired players for too long because most have expiring contracts. Their late trade moves gave the Pacers some leeway to maneuver around for the next few seasons.

For a team that was formed midway through the season, the Pacers looked good in their match against the Cleveland Cavaliers. Six players went into double figures, including Oshae Brissett who broke out for a double-double of 18 points and 11 rebounds.

If this forced or forged chemistry was enough to keep in step with the No. 3 team in the East, then the Pacers might have a chance against the Timberwolves.

Watch out for Haliburton and Towns as they wreak havoc on opposing sides. Haliburton immediately impressed in his debut with the Pacers. Expect him to continue showing the Sacramento Kings what they lost when they sent him packing. KAT, who has been the Timberwolves’ top scoring threat, will undoubtedly make it difficult for the new-look Pacers to defend their home court.