The Suns, the hottest team in the league, aim to extend their winning streak to 15 games when they head to Madison Square Garden to play the Knicks. 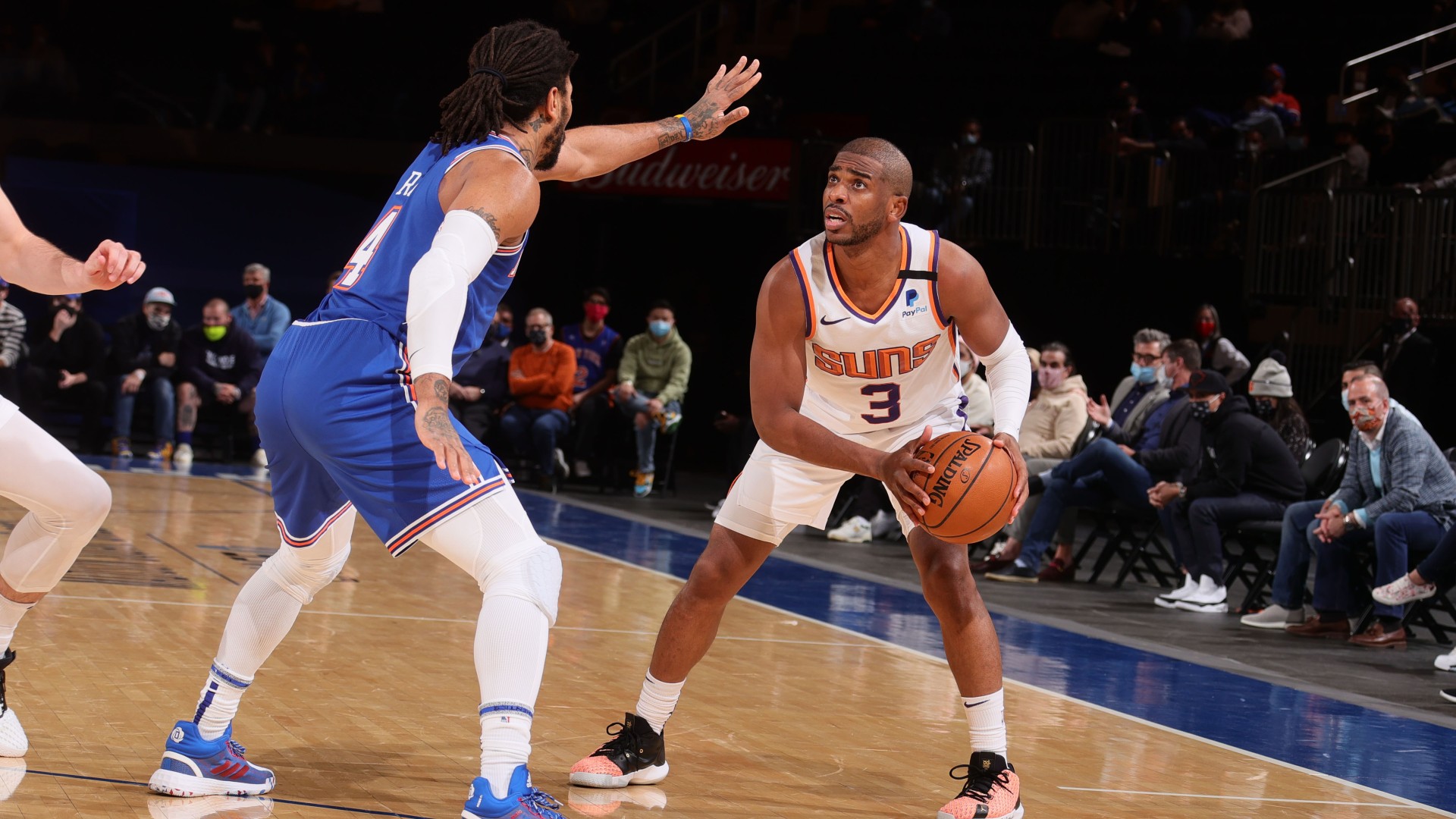 Just judging off the number of Bing Bong posts on Twitter, you'd think the New York Knicks are leading the East or are at least somewhere in the top four. But the Knicks are closer to being in the subway of the standings at 10-8 and, looking closer to their pre-pandemic form.

The Knicks are possibly getting the biggest test they could take in this stretch of the season as the Phoenix Suns visit Madison Square Garden at 8:00 AM live on League Pass.

Fueled by their NBA Finals defeat, the Suns are torching the league with a 15-3 record and enter tomorrow’s game riding a 14-game win streak. They’ve had to deal with controversy at the ownership level, contract disputes from the offseason, and injuries to starters. Still, Monty Williams has the Suns churning. They have the eighth-best offense and third-best defense ratings in the league, with a solid net rating of 6.4.

If these numbers don’t mean anything to you, just know that Phoenix deserves just as much love as the league-leading Golden State Warriors. It’s tough for teams that make the finals to get better the following year and the Suns seem to be making that tough leap.

All the more impressive is that Chris Paul, who’s turning 37 next year, continues to play at an All-Star level. Paul is averaging 14.1 points and 10.4 assists – the most dimes he’s averaged since 2010. Paul is just the latest in the slate of superstars finding a third wind in their career and it’s been a joy to savor the Point God dice up younger defenders and make his teammates look incredible, especially in the fourth quarter.

The rest of the non-middle-aged Suns have also been carrying themselves well. Devin Booker has gotten over his early shooting woes and has his field goal percentage up to 45.2 and scoring up to 23.5. His assists are up from last year to 5.5, showing that Book isn't just wet from deep, he's also pretty generous with the drip. Deandre Ayton is playing for a max contract and, despite some early injuries, the big man looks spry with norms of 16.0 points and 11.4 boards on 66.3 percent shooting.

These are all things the Knicks have struggled with lately. From the second-best defense by rating last season, the Knicks are down to 16th early this season. That’s a massive drop-off for a team coached by Tom Thibodeau – a guy who loses his voice every game from screaming out defensive rotations.

A lot of this problem is scheme-related as New York has given up the fifth most 3-point attempts so far this season. Last year defending the 3-pointer was their top priority.

That scheme problem relates very well to their change in personnel. Evan Fournier and Kemba Walker are not known for their defense and they’re taking up starter minutes. Much has been made about how the Knicks bench plays better than the starters, and that can mostly be attributed to having more versatile defenders in that second unit.

The Knicks’ stars are also severely underperforming. Julius Randle is shooting 42.3 percent from the field and just 34.1 from deep. RJ Barrett is bricking more shots, shooting 39.1 percent from the field and 32 from deep. These two take the majority of shots for New York and should get better as these shooting splits are nowhere near their normal level. It looks like New York won’t have any All-Stars this season at this rate.

This can all change with a big win over the hottest team in the league tomorrow. MSG has so far brought out incredible performances from visiting players. It’s about time the home team gets in on the act.

The final game of the day between the Los Angeles Lakers and Sacramento Kings also conveniently starts right around lunchtime at 11:30 AM and is live on NBA TV Philippines, available on Smart’s GigaPlay app and Cignal TV.

Neither team has been good at all this season. That’s expected from the Kings but not so much from the Lakers (despite having Anthony Davis and Russell Westbrook on most nights, they've been a mixed bag).

This should be fun, just for how locked in NBA Twitter will be when the game's on. The Lakers have the better team on paper, but that hasn't stopped them from being mediocre all season.

Assistant Pat Delany will take over lead coaching duties on Saturday against Portland.