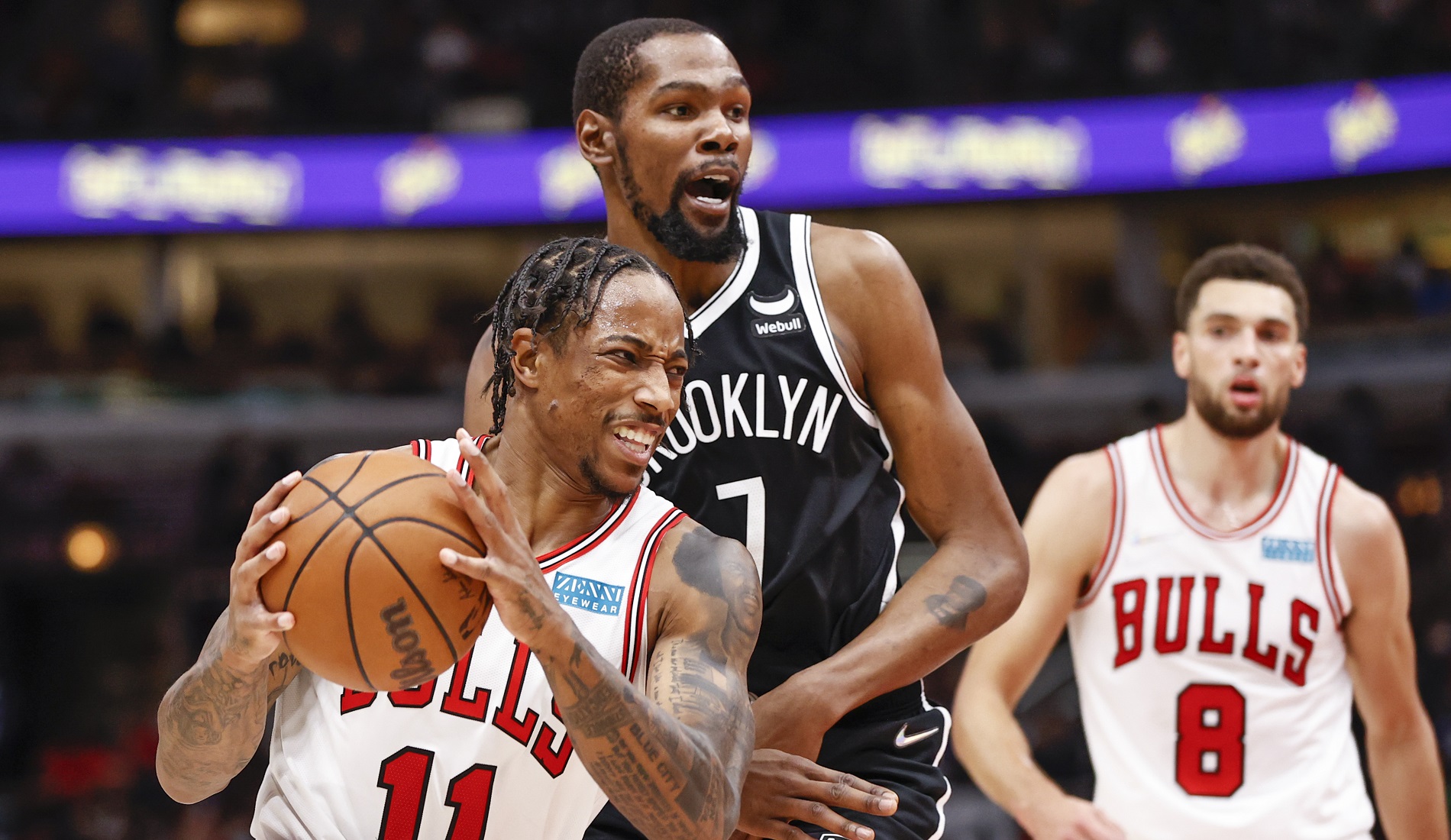 Tomorrow's slate of games can be compared to going to a highly-rated restaurant and not knowing what to pick off the menu. A lot of things look good, so let this waiter tell you about the specials.

The one item that stands out easily is the Brooklyn Nets visiting the Chicago Bulls, live at 11:00 AM on NBA TV Philippines via Smart GigaPlay app. This is the filet mignon with red wine jus on the menu.

It's perfect – no matter who wins or how anyone plays, something interesting is bound to happen.

The giant red mark on the game is it's a road game for Brooklyn, meaning Kyrie Irving will be available. Irving is averaging 22.0 points, 5.5 rebounds and 4.0 assists in the two games he’s played so far this season. Irving did tweak his ankle in Brooklyn’s loss to the Portland Trail Blazers so he’s listed as a game-time decision.

The hype on Kevin Durant has predictably ebbed and flowed this season, but he deserves MVP recognition. The Slim Reaper is averaging 29.8 points, 7.7 rebounds, and 5.8 assists. Durant is still hyper-efficient, easily punishing any defense he faces. James Harden has been low-key great, but is listed as doubtful for tomorrow due to a left knee injury.

The Bulls, on the other hand, have been the story of the season. They made splashes in free agency that unexpectedly turned them into the best team in the East. Chicago recently rattled off a nine-game win streak, which was stopped in Dallas last Monday.

The shift in Chicago is mostly due to DeMar DeRozan’s career renaissance. DeRozan is averaging the second-most points per game in his career (26.0) while shooting the lights out of the ball (49.1 percent). At 32 years old, it seems DeRozan is now finding himself in the modern NBA. From being chastised for his lack of a 3-point shot to being liked by analytics for his midrange-heavy game, it’s been a journey for DeRozan to get to this point.

With Zach LaVine further adding to his game with better playmaking and Nikola Vucevic finally finding his shot, the Bulls have been shredding teams on offense (fifth in offensive rating). Their defense has been inconsistent, mostly because of their injury problems. When Lonzo Ball and Alex Caruso play, the Bulls are a nightmare for any opposing backcourt.

It’s been a decade since the Bulls have been this exciting. After years of floundering with coaching changes and short-sighted roster moves, the Bulls look like they can win the title this year.

That’s the central drama – the main flavor – of tomorrow’s clash. Brooklyn with their proven slate of superstars test Chicago again. The Bulls have won their first two meetings this season, but this is the first time these teams will meet with both sides relatively healthy. Season series barely matter when the playoffs come, but it would be a big statement for either side to get this win, at least for now.

The dish I would implore you to try if you have League Pass is the Miami Heat versus the Atlanta Hawks. The Heat have been great, despite injuries to their All-Stars. The Hawks, on the other hand, have been mediocre at best, despite being relatively healthy compared to the rest of the conference.

This game is going to be great because it has the secret ingredient – the butter and shallots of basketball: bad defense. The Hawks are horrid at defense and have featured in some of the highest scoring games this season.

This Heat squad has plenty of outside shooting to punish Atlanta, but they also don’t have the personnel to reliably stop Trae Young. Expect one or both teams to score close to 130 points this game.

The standout guards for Memphis and Toronto claim the honors for Week 13.