This series is going to be fun: LeBron James and Anthony Davis on one side, Chris Paul and Devin Booker on the other. The Phoenix Suns broke their 11-year playoff drought this year by earning the second seed in the West. Adding Chris Paul to a team with a promising young core, as it turns out, produces great results.

Their reward for a massive franchise turnaround? A first round series with the defending champions Los Angeles Lakers. The Lakers’ season has gone so bad that LeBron James wanted someone fired. Still, even with their stars missing more than 25 games each, the Lakers maintained the best defense in the NBA. They snuck into the playoffs as a seventh seed after a classic play-in game against the Golden State Warriors. LeBron might have wanted whoever invented the play-in tournament to be fired, but Adam Silver should probably give that person a raise.

With the Lakers still tinkering with their lineup, this might be the best chance for the Suns to take out the defending champs and make a statement right from the first round. But a Lakers side with a healthy LeBron and Anthony Davis is pretty tough to beat.

The Suns, no matter how far they go this postseason, will have Chris Paul's impending free agency at the back of their minds throughout this postseason. At 36 years old, Paul is still churning out All-Star numbers, but Phoenix should be rightfully concerned with locking him up to a long-term deal.

It’s going to be up to the Suns to maximize their time with Paul and for their young core to absorb as much as they can in their first trip to the playoffs. The West doesn’t have any clear-cut favorites like past seasons so a hot streak from Devin Booker and Paul could launch the Suns into the Finals.

The Lakers, on the other hand, are banking on Year 18 LeBron to provide as much juice as he has in past years. LeBron, like his banana boat partner Paul, is 36 and coming off a serious ankle injury. Davis is also recovering from a severe calf injury so if LeBron can continue carrying the Lakers in this state, his G.O.A.T case may just be too much for the star of The Last Dance.

From Zero Dark Thirty, LeBron fans now go to #AnkleWatch for their social media mantra for this postseason. LeBron has played a handful of games on a minutes limit before playing 34 minutes against Golden State on Thursday. It's going to be touch-and-go for the King's ankle.

On a more macro scale, Frank Vogel's lineup decisions are going to be crucial. The Lakers have started Andre Drummond in all but one game since acquiring him from Cleveland around the trade deadline. In the playoffs, however, the Lakers may need to deploy more small ball lineups – a tactic which proved pivotal in their win against the Warriors.

The Lakers, overall, have a lot of options at each position. They may not end up having the same group finish every game, given how inconsistent some of their pieces have been. They'll face a tough challenge managing lineups against a deep Suns bench. 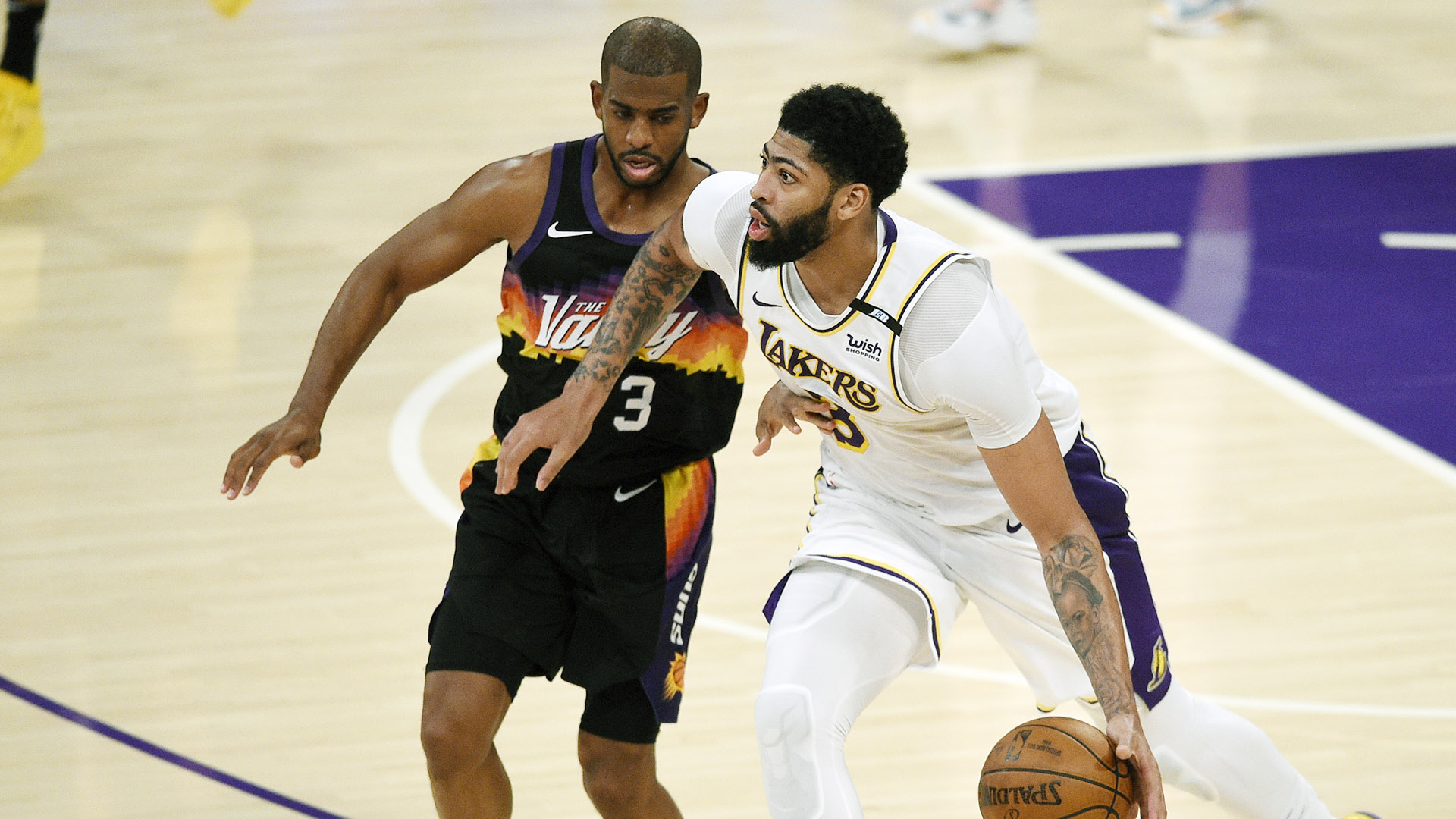 The biggest challenge for the Suns is having to matchup against Anthony Davis. Having a smaller Jae Crowder try to contain him didn't work in the Finals last year. It may come down to the American Freak Mikal Bridges or Deandre Ayton. Bridges lacks the size, but is a smart enough defender with a Giannis-like wingspan to contest Davis' shots. Ayton has improved leaps and bounds defensively, but most of his development has come as a help defender. Defending Davis one-on-one is a very unique challenge.

The Lakers, on the other hand, will need Kentavious Caldwell-Pope and Alex Caruso to be on top of their games for the entire series. KCP will likely get the Booker assignment for much of the series while Caruso gets the unenviable task of dealing with Paul. Booker and Paul make the entire Suns offense churn, especially during crunch time, so limiting their effectiveness could put the Lakers over the edge this series.

Both teams take a more methodical approach to their game, which is to say they play at the pace of molasses. The Lakers love grinding out possessions defensively, while the Suns’ offense features plenty of halfcourt action to maximize Paul and Booker.

The Suns are built to squeeze out close games. If they can’t beat you with a Paul-Ayton screen-and-roll, they always have Booker to isolate and get them a bucket. Focusing their defense on making life miserable for Davis and James should be the Suns' top priority as Los Angeles barely has a third scoring option, outside the occasional Dennis Schröeder game.

But the Lakers may have the two best players in the series. Davis and James proved unstoppable last year against defenses with much more firepower than the Suns. The Lakers just need their role players to defend well and hit their open shots. James and AD should be able to take care of the rest.
Read Next
Features