How each team can contain stars Nikola Jokic and Damian Lillard could decide this playoff series. 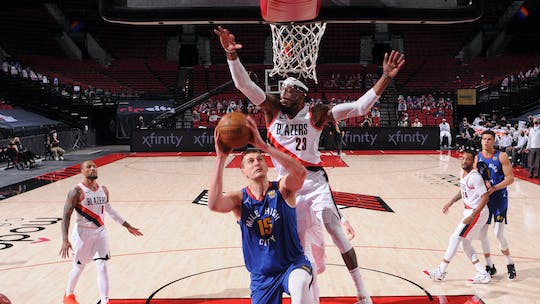 Despite being counted out and struggling with injuries all season long, the Denver Nuggets and Portland Trail Blazers have made it to the playoffs and will face each other in the first round.

Denver’s slow start almost knocked them out of relevance, but things started clearing up especially when they acquired Aaron Gordon at the trade deadlines. But just as they were climbing up the ladder, Nuggets starting guard Jamal Murray suffered a season-ending ACL injury.

Surprisingly, the young team avoided a total collapse and quickly adapted to losing their second star mainly because of the consistent play of MVP candidate Nikola Jokic. Michael Porter Jr. has also emerged as the Nuggets’ next option, becoming a complete game-changer for Denver. Facundo Campazzo has been the perfect playmaker and defensive nuisance, and Will Barton finally got into rhythm.

Meanwhile, the Trail Blazers started the season hot until they were hit with injuries.

First it was Jusuf Nurkic, then CJ McCollum. Nurkic missed more than a month of play leading up to the All-Star break, with McCollum following closely behind. With two of the integral pieces of the puzzle out, what was Portland supposed to do?

Leave it to Dame Time.

Damian Lillard had to carry the Trail Blazers for more than a month while the two were recovering. Game after game, Lillard’s minutes and scoring went up. His individual performance not only boosted his team in the standings, but it also put him in the MVP conversation.

When Nurkic and McCollum came back, Portland had to make certain adjustments, which took away the momentum they had prior. But the Trail Blazers were able to seal a 42-30 record in the regular season, just barely enough to avoid the play-in tournament.

Denver is trying to replicate their success in the bubble, admittedly with a lot of barriers up ahead. This year, the Nuggets will be playing without Murray, who was one of the standouts in the Orlando bubble. However, the addition of Gordon and the rise of Porter Jr. could fill in the gaps.

Portland needs to do everything they can to stop Jokic. While Jusuf Nurkic is peaking at the right time averaging a double-double with 14.3 points and 10.6 rebounds in their last 10 games, containing the Joker may need to be a collective effort and not an individual task. If the Blazers find a way to neutralize Jokic, it will increase their chances of advancing. 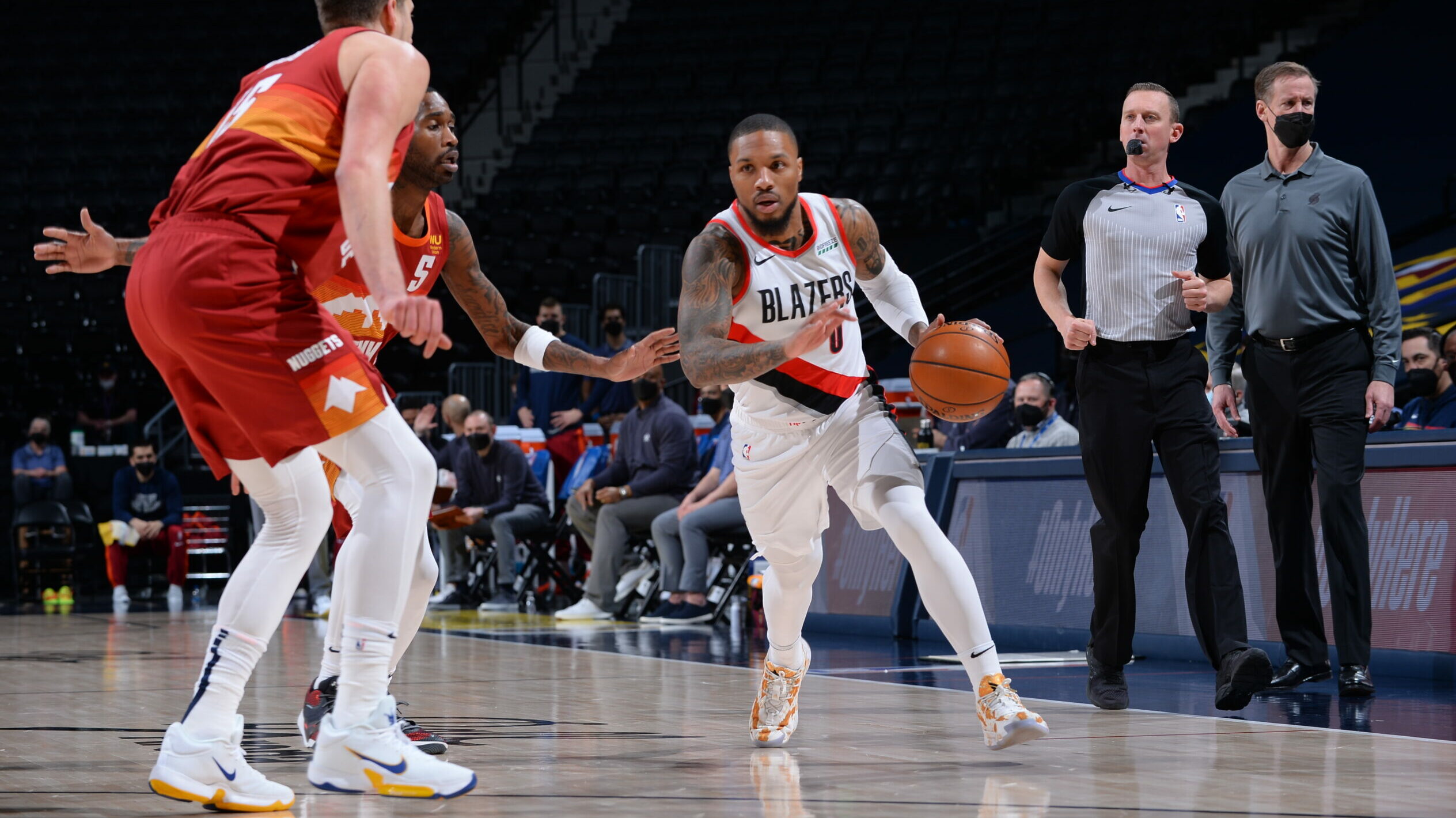 Damian Lillard will put on a show, no question about it. He is averaging 28.8 points, 4.2 rebounds, and 7.5 assists this season and has commanded the respect of many players due to his ability to play under pressure.

Even if his scoring last month went down a bit, it should not be too much of a concern for a guy who thrives in tough situations. And what’s tougher than a playoff matchup with a team that has home court advantage?

Not to mention, heading into the playoffs Lillard was crowned the Player of the Week after racking up 31.8 points, 4.8 rebounds, and 6.8 assists as the Blazers went 3-1. This is incredible momentum for an All-Star expected to make big waves in the postseason.

Don’t underestimate 30-year old rookie Facundo Campazzo. He is an absolute pest on defense and can easily frustrate even the greatest stars in the league, ask Paul George.

Campazzo has been the silent contributor for the Nuggets on both ends of the floor. While he may not drop 15 points every single game, his ability to make plays and get good stops is vital for Denver. In May, he is averaging 5.8 assists and 2.3 steals in 31 minutes of play.

The Nuggets have a better chance of beating Portland if Campazzo can put the clamps on Lillard and limit his production.

If the Nuggets want to make it to the next round, they definitely need to lock down on defense, considering the Blazers are second in the league in 3-pointers made and fifth in points per game.

But Portland also needs to do the same. Denver is No. 4 in field goal percentage and is one of the most efficient teams in the league. The Blazers shouldn’t give up easy looks, especially since Denver is third in the league in corner 3s and fourth in points in the paint.