The Kawhi Leonard-Paul George duo prevailed in last year's playoff matchup. Can Luka Doncic and the Mavericks get their revenge? The only memory of Luka Doncic of an NBA playoff experience was through a loss to the Los Angeles Clippers.

That happened in August of last year, and if the Dallas Mavericks would say they have forgotten about it, they should not be believed.

In the two teams’ first meeting in the regular season, the Mavericks went out for revenge. Like, all out. The Mavs were pure fire right from tip-off, building a huge 50-point lead by halftime (an NBA record). They went on to win by 51 points, which is the Clippers’ worst loss in team history.

Talk about wanting to get even.

Unfortunately, the Dallas Mavericks didn’t get even, because here we are: the Clippers are again standing in their way in the first round. Now, the Mavs can really get back at them.

There’s so much history between these two teams, which is what happens when you get two high-caliber, super competitive teams clashing in the first round. You get the full experience of Luka Magic, casting all types of stepback spells and Euro steps versus the Clipper defense, with a bonus buzzer-beating game-winner.

You also get several heated exchanges between Luka and his primary defender, Marcus Morris. It escalated to a Morris ejection for a hard foul on Doncic in Game 6, then was later quashed by a Morris apology this season.

But, as Luka has learned the hard way, the playoffs can turn everyone to different beasts, and there’s no doubt that things will get chippy at some point.

"Trash talk is always there, and if it's not, you're not really competing. It's going to be great,” Luka said of the upcoming series.

Aside from the clamps, handcuffs, and locks that the Clippers will try to throw Luka’s way, we should closely monitor Playoff P.

In last year’s unfortunate playoff exit by the Clippers, Paul George mostly took the blame and swallowed the punchlines. With the Clippers blowing a 3-1 lead to the Denver Nuggets, the dream LA versus LA matchup in the Western Conference Finals was shattered, and PG’s 10 points on 4-for-16 shooting performance in Game 7 made headlines.

“It hurts. But we move on,” George said then. The Clippers have had a new head coach and several roster changes since that Game 7. That’s part of moving on. What would complete is if Playoff P redeems himself from the first round to finish.

We should also keep an eye on Kristaps Porzingis’ knees, but mostly due to health-related reasons.

The Clippers already look better on paper with George and Kawhi Leonard leading the way, but the team’s X-factor is the veteran presence brought by Rajon Rondo. The experience factor will weigh heavily on Dallas, a team with practically none compared to the playoff scarred, bruised, and tested Rondo. 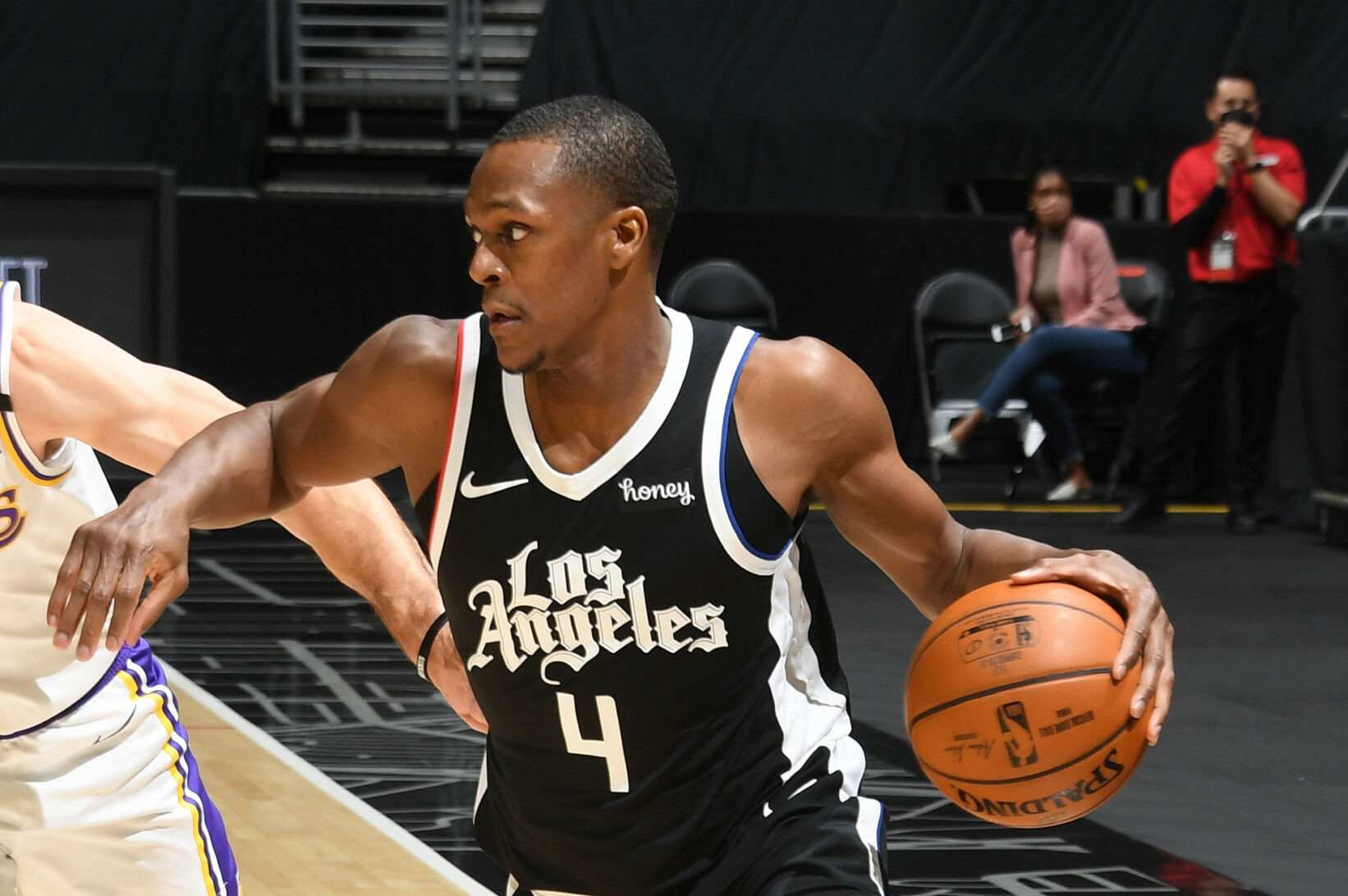 There’s also a bit of history there between Rondo and the Mavericks that better be put to rest. In 2014, Rondo joined Dallas but didn’t quite fit the system of head coach Rick Carlisle. They clashed and they argued, and the stint of Dallas Rondo was over before it even began.

Carlisle recently addressed his relationship with Rondo, calling him a “Hall of Fame competitor.” Sounds like another challenge Playoff Rondo should be up for.

For Dallas to win, Doncic will need all the help he can get from Porzingis, Tim Hardaway Jr., Jalen Brunson, Josh Richardson, Dorian Finney-Smith, and everyone. With an even stronger Clippers team this team around, Luka’s heroics and solo wizardry might not be enough to win four games.

If he needs to average 30-plus points per game, he should, and he probably will. The other Mavericks can focus on turning up their perimeter defense to stop one of the best shooting teams in the league.

Which leads us to LA’s winning blueprint: shoot the lights out. With Kawhi, PG, Morris, Reggie Jackson, Luke Kennard and Nic Batum all shooting at a high efficiency rate, all they have to do is not do a Houston Rockets and miss about 20 straight 3s.

If  they could somehow allow Luka to get his highlights, stop everyone else, and hit a decent amount of shots like they did all season long, then the Clippers might get another shot at redemption.

Either way, as Luka eloquently put it, expect “a hell of a matchup” between the Clippers and the Mavericks.