The Knicks and Hawks are two young and inexperienced teams on a collision course in the first round. For the first time in three years, the Atlanta Hawks are back in the playoffs. They’re a really young team with little to no playoff experience, and they’ll have to rely on a lot of shooting and a lot of defense to keep it steady in the postseason.

Replace a couple of words in that first paragraph, and we might as well be talking about the Hawks’ opponent, the New York Knicks.

The Knicks are back in the playoff mix for the first time in seven years. They’re a really young team with absolutely no playoff experience, save for the ex-Chicago Bulls/Minnesota Timberwolves squad of Derrick Rose, Taj Gibson, and coach Tom Thibodeau.

Are they the playoff matchup version of the Spider-Man pointing at Spider-Man meme? Not quite. Despite the many parallels, the Hawks and the Knicks are playing different brands of basketball, which make this first-round clash all the more interesting.

The fact that both teams have made it back to the playoffs despite the odds and in a very convincing manner is a big win already.

The Hawks started the season in a not-so great manner, which led to Nate McMillan taking over as head coach. The Knicks, on the other hand, had a fresh vibe early on, and were able to sustain it the whole season long.

Still, there were big doubts.

With Trae experiencing a dip in points and 3s (he wasn’t named an All-Star this year), the Hawks were counted out early on. But McMillan somehow turned it around, found Trae a partner in the backcourt in Bogdan Bogdanovic, unleashed shooters, and all of a sudden the Hawks became an above .500 team.

There’s really no need to expound on the doubts surrounding the Knicks, a team that couldn’t seem to shake off bad luck for the past decade.

Yet here they are, the Hawks and the Knicks, all set to prove the doubters wrong, if they haven’t already. 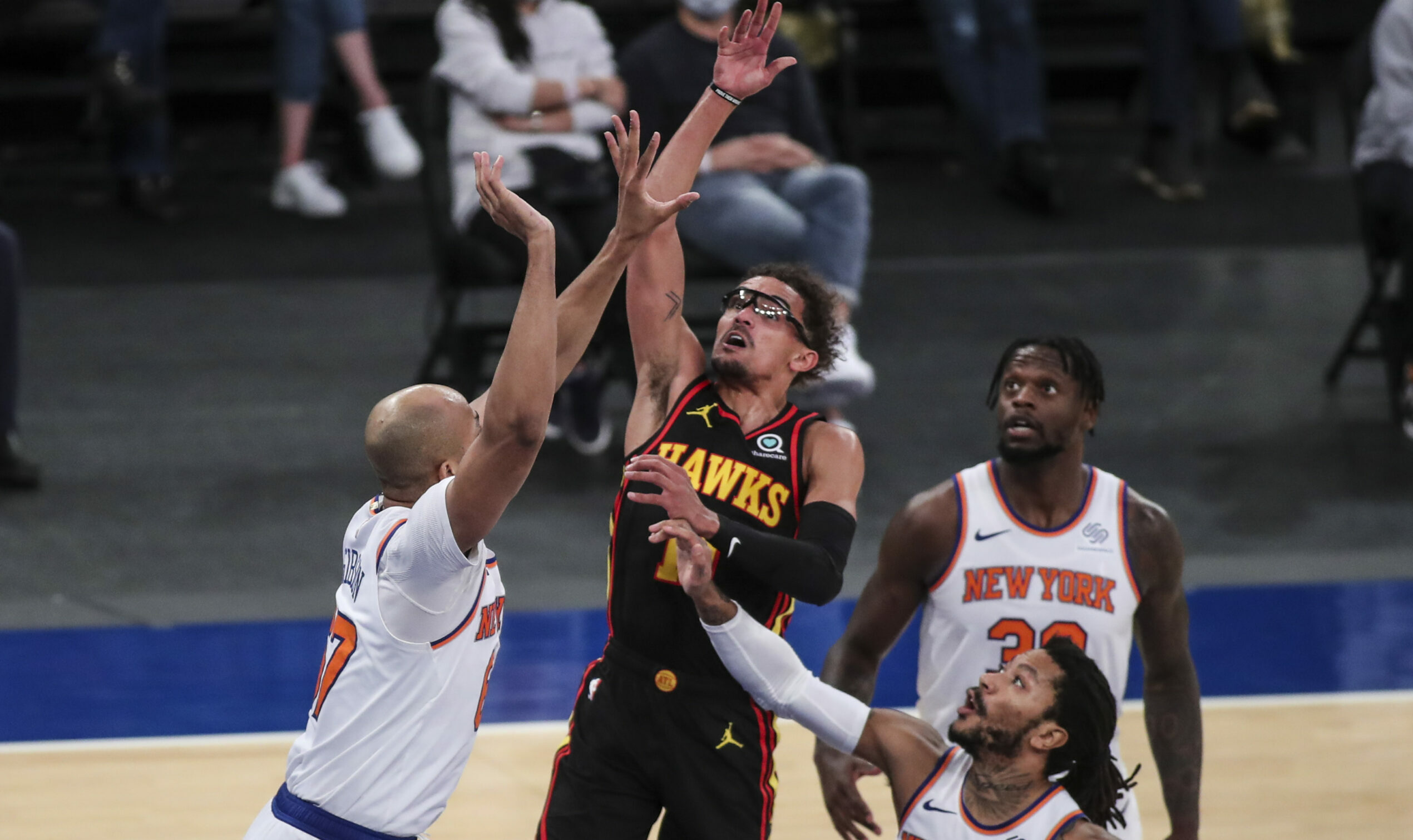 The Hawks backcourt of Trae Young and Bogdan Bogdanovic will keep the Knicks’ defense busy for the whole series.

The New York defense has been surprisingly elite this season, and their rotating prowess will be put to the test against the hot shooting machine that is Young-Bogdan. The Knicks have a lot of weapons to deploy in Elfrid Payton, Derrick Rose, Frank Ntlikina, RJ Barrett, Reggie Bullock, and Emmanuel Quickley, but the shooting is just one dangerous aspect they’ll have to worry about. Both Young and Bogdanovic are more than capable playmakers with a knack for making that correct pass to the open man.

That open man most often than not is Clint Capela, who could be the swing vote in this too-close-to-call series.

Capela is a dominant force inside, averaging 15 points and a league-leading 14 rebounds per game.

Without Mitchell Robinson, the Knicks will have to rely on Gibson and Nerlens Noel in taming Capela and keeping him away from the boards. Capela is even deadlier on the offensive glass, averaging four per game, also a league-leading stat.

Not the most exciting take, but the winning blueprint of both sides might just boil down to the coaching.

Thibodeau and McMillan both have deep playoff experience. With their players being inexperienced playoff-wise, the huge challenge to Thibs and Nate is to manage not only the tight playoff rotation, but also the nerves.

The explosiveness of Trae and the sheer dominance of Randle will be bright spots, no doubt. However, the chess match going on along the sidelines will ultimately decide who gets to advance to the second round.
Read Next
Feature