Can the 76ers limit the Wizards’ explosive backcourt? Who will be able to stop Joel Embiid? After what seemed like an eternity, the Washington Wizards are back in the playoffs. After a grind that saw them at one point lurking at the bottom of the standings, they rode another historic year from Russell Westbrook and an unbelievable scoring season from Bradley Beal to barge into the play-in tournament and earn the 8th seed. They are arguably one of the best stories of the season, and their determination to battle through obstacle after obstacle deserves to be celebrated.

The reward for their efforts? A date with the top-seeded Philadelphia 76ers in the first round. Life in the NBA is tough, man.

The Sixers and Wizards don’t have a lot of shared playoff battles to draw from. The ascent of the Sixers with Joel Embiid and Ben Simmons coincided with the Wizards trying to pick up the pieces after they were decimated by injuries to former Wizards guard John Wall. But make no mistake, there is a major sense of purpose for both of these teams, particularly the Sixers.

For Philadelphia, this playoff run could determine if their core duo of Embiid and Simmons is a keeper and if they should continue to build around them moving forward. Last season, they were bounced in the first round because Simmons missed the entire series against the Boston Celtics. But there’s no excuse now. Both Embiid and Simmons are playing at a high level, with capable role players in Tobias Harris, Danny Green, and Seth Curry flanking them. They also have a tactician in Doc Rivers who has seen it all in the playoffs — championship runs and disappointing flameouts.

The Wizards should be happy and relieved to be back in the postseason, but the Sixers are operating at a different tier. If they struggle to deal with Washington, the pressure will ramp up with each passing game.

The Brodie versus The Process. Russell Westbrook and Joel Embiid have crossed paths in the past, with both barking at each other and trash talking to no end. Embiid has always loved to troll Westbrook because of his intensity, and it will be interesting to see if that’s still the case in this series. Can Embiid get under Westbrook’s skin, and will that change how Russ plays? 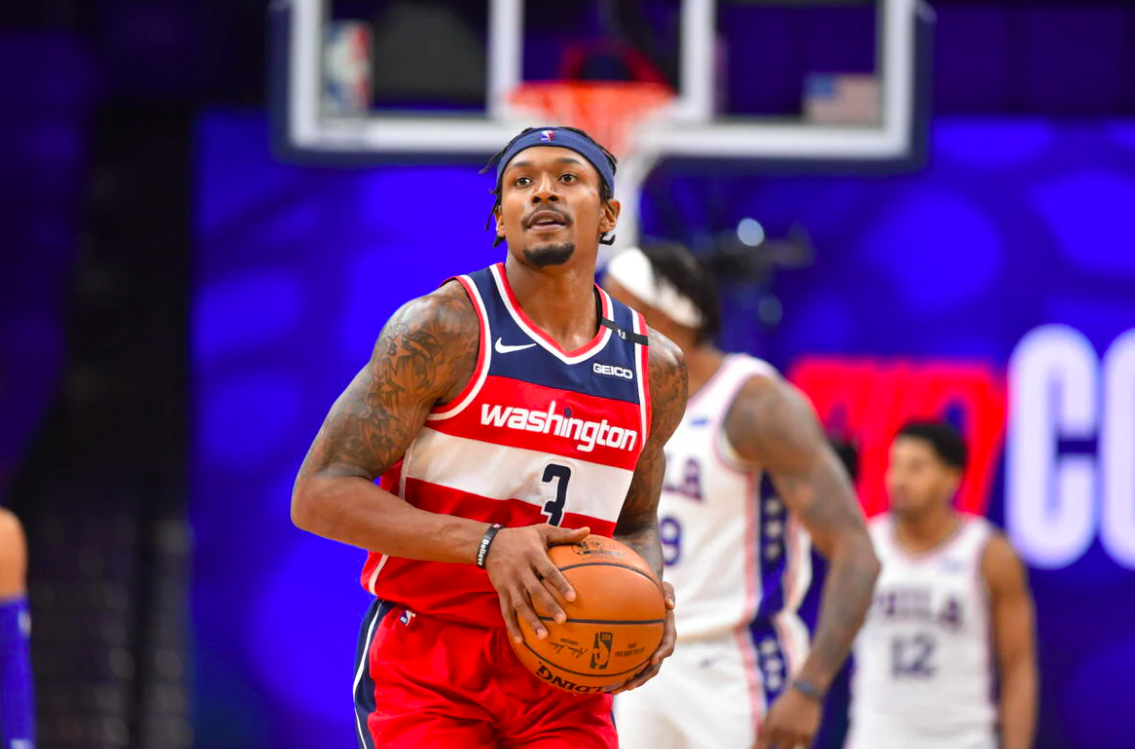 Who is going to guard Bradley Beal? That’s the question that will keep Rivers up at night. Matisse Thybulle will likely draw the assignment against Beal, unless the Sixers decide to put more size and have Simmons defend. But either way, there’s no hiding what Philadelphia is going to have to deal with. But the 76ers having the luxury of using three great defensive players in Embiid, Simmons, and Thybulle can’t be understated.

The challenge, though, will come on the other end. With Thybulle on the floor to shadow one of the Wizards’ backcourt stars, can he contribute on offense or will he be a liability?

The Sixers swept the season series versus the Wizards, 3-0. But aside from a 127-101 blowout victory, games between these two teams were relatively close. Also, the last time Philly played Washington was March 12, and the Wizards were still aways from putting together their incredible run that bolted them into the playoffs.

Things are different now. The Wizards are playing with a ton of confidence, knowing that as long as Westbrook and Beal are clicking, they can beat any team. So much of what Washington does now is impacted by how Westbrook runs the offense. He has been making brilliant decisions for himself or for a teammate. It has also been fascinating to see how Beal has embraced this partnership with Westbrook. Beal has not demanded that the offense run through him; he’s reverted back to his role when John Wall was his running mate, and the team has been better because of it.

But don’t get it twisted. As good as the Wizards backcourt has been, the Sixers are the clear favorites here. That’s just the nature of the beast when a number one seed battles a number eight seed. The Sixers have an MVP candidate in Embiid, who is playing the best basketball of his career, and no one on the Wizards should be able to deal with him. The Sixers also have defenders that seem to be tailor-made to slow down Beal’s fiery offense, as well as to stay in front of Westbrook. Simmons and Thybulle are going to be key in this series, and if they can limit the production of Beal and Westbrook, then Philadelphia should advance.

If that’s the case, someone else from Washington’s squad will need to step up. Could that be Rui Hachimura, the second year forward who has shown so much promise? Will Raul Neto and Davis Bertans be more consistent? That’s a lot of questions for the Wizards. The Sixers, though, have a lot more answers.
Read Next
News