Five players ready to bounce back from injuries

NBA.com Philippines writer Renee Ticzon lists down five players who have recovered from their respective injuries and are poised for a comeback this season. 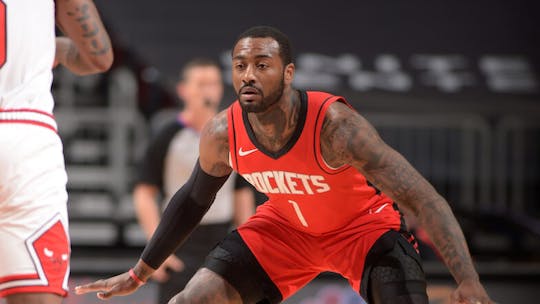 The year 2020 was a bad year for everyone. But for a few NBA players, the lockdowns were just a small nuisance compared to the pain of seeing your career put on hold because of an injury. Fortunately, the extra time at home gave these stars enough time to rest and rehabilitate their bodies to get them ready for the 2020-21 NBA season.

Here are five players who are looking forward to bouncing back from their respective injuries.

Kevin Durant averaged 27.0 points, 7.1 rebounds, and 4.1 assists per game in the 13 years he has been in the NBA. Unfortunately, his career was put on halt after he suffered a ruptured Achilles -- one of the most devastating injuries in basketball -- in his right leg during Game 5 of the 2019 NBA Finals. He moved to the Brooklyn Nets in the offseason, but missed the entire 2019-2020 season recovering from his injury.

This season, however, he is ready to make his comeback with the Brooklyn Nets after sitting out for a full 18 months. His pairing with superstar Kyrie Irving, along with new head coach Steve Nash, has made them one of the best Nets teams in a very long time.

His return indicates a new era of Brooklyn Nets, who are now dangerous contenders in the East packed with All-Star talent.

Another star fans are expecting to be healthy on opening night is none other than Stephen Curry. The Golden State guard missed a huge chunk of last season after undergoing surgery on his left hand and metacarpal on his index finger. Without Curry, the Warriors only managed a 15-50 record.

But with a healthy Curry, the Golden State hopes to get back into the playoff mix, even without Klay Thompson who suffered yet another injury with a torn ACL. The Warriors are hoping that Curry’s comeback will give their offense a big boost.

Marvin Bagley’s career has been plagued with different types of injuries. Last season, Bagley suffered a broken thumb and a foot injury that sidelined him for all but 13 games.

During the limited time he saw on the floor, Bagley averaged decent numbers -- 14.2 points and 7.5 rebounds in 25.7 minutes per game. The Kings are hopeful that this season, Bagley can play the entire season and produce consistently on a nightly basis. Bagley’s return gives the Kings a solid chance of posting a better record this year.

Blake Griffin is far from the All-Star player he once was. His stats dipped to 15.5 points, 4.7 rebounds and 3.3 assists last season, and a knee injury in January 2020 sidelined him for the remainder of the season.

When he is healthy, Griffin can still be considered as one of the most versatile players in the NBA. Unfortunately, Detroit has been struggling for quite some time, but Griffin, who is in his last year of his contract, can hope for a playoff seed if he can manage to stay for a whole season.

After being out for two full seasons with the Wizards, John Wall is back in shape and ready to play for the Houston Rockets this year.

Wall hasn’t played since January 2019 after he ruptured his left Achilles tendon and suffered complications from the surgery.

The veteran Wall brings stability to the Rockets. He can help develop Christian Wood and provide steady playmaking alongside James Harden.