Gersson Rosas out as Timberwolves' president of basketball operations

Minnesota announced it has parted ways with Rosas after two seasons. 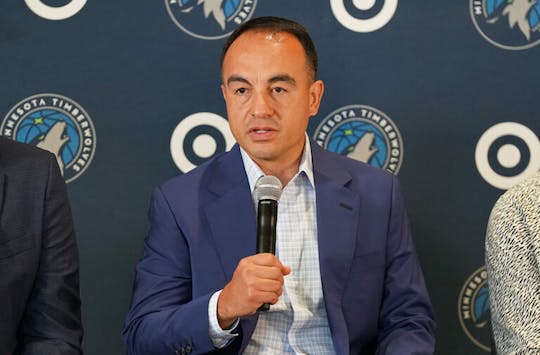 The Minnesota Timberwolves have fired president of basketball operations Gersson Rosas, the franchise announced on Wednesday.

In a statement, the team acknowledged their commitment to “building a winning team that our fans and city can be proud of.”

The Timberwolves announced executive vice president Sachin Gupta will assume basketball operations oversight. Gupta will work in an interim capacity as the team seeks a permanent replacement, according to ESPN.

Gupta becomes the first person of Indian origin to be appointed as president of basketball operations.

Minnesota hired Rosas in May of 2019, having him replace Tom Thibodeau in the Timberwolves’ top decision-making position.

Rosas had previously spent 18 seasons with the Houston Rockets.

The Wolves have not made the playoffs since the 2017-18 season and went a combined 42-94 during Rosas’ two-year stint with the franchise.