Down 2-1 against the Warriors, the Grizzlies are in dire situation after Ja Morant injured his knee in Game 3. 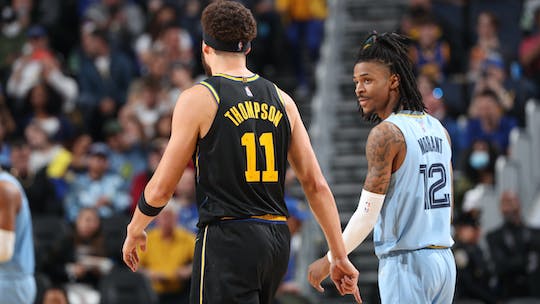 A seven-game series is all about adjustments, but in just the third game of the Golden State Warriors-Memphis Grizzlies matchup, it got ridiculous.

Game 1 saw the Warriors and the Grizzlies battling it out until the very last second. Game 2 had Ja Morant’s thumbprint all over it. Words have been thrown back and forth. The Warriors lost Gary Payton II to an elbow injury. The Grizzlies lost Dillon Brooks to a one-game suspension.

The Warriors switched it up defensively by implementing a zone defense in an attempt to disrupt the Grizzlies’ pace. It worked. While the Grizzlies were able to hit a bunch of 3s because of it, the Warriors shot better. Way, way better.

Golden State hit 17 of their 32 3-point attempts while Memphis hit 16 of their 43 3s. That pretty much cancelled each other out. The difference-maker was in the paint, which should’ve been Grizzlies territory.

Instead, the Warriors dominated the paint. They outscored the Grizzlies by 18 points inside, something the league’s highest inside scoring team probably didn’t expect. Again, a ridiculous twist.

Morant scored a game-high 34 points, but his teammates were effectively shut down by the new defensive scheme. On the other side, Steph Curry (30 points), Klay Thompson (21 points), Jordan Poole (27 points), and Andrew Wiggins (17 points) ganged up on offense to build a huge 30-point lead.

The Warriors were in such a good groove offensively, shooting 63 percent from the field. If a team shoots the way the Warriors shot, it would require an instant classic, supernova game from Morant complemented by solid contributions from just about everyone else.

Unfortunately, neither of those things happened in Game 3. To rub salt to the wound, Morant hurt his knee late in the game when he and Poole battled for a loose ball. He limped off the court and will likely miss Game 4. The extent of the injury will be a gamechanger for the series.

After the game, Morant tweeted, “broke the code,” referring to the “dirty play” chatter from Game 2. The Warriors denied any type of intentional harm. But with the 30-point blowout in a hotly-contested series, they did break a code of some sort.

To make it competitive, it’s up to the Grizzlies to do their own radical change by Game 4.