The Hawks will be without one of their key up-and-coming players for the foreseeable future. 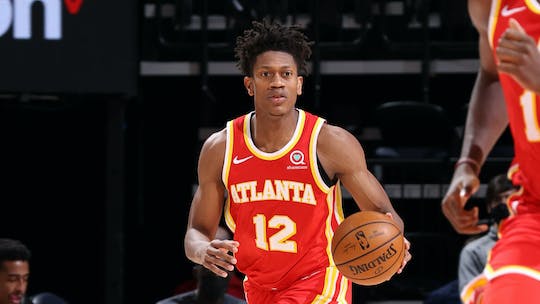 De’Andre Hunter is averaging a career-best 17.2 points on 51.4% shooting in his second season.

ATLANTA (AP) — Atlanta Hawks forward De’Andre Hunter will undergo arthroscopic surgery on his right knee and be sidelined for an extended period.

Hunter already has missed four games due to knee discomfort caused by wear and tear. He will undergo a lateral meniscus arthroscopic debridement procedure on Monday in Atlanta.

The surgery will be performed by Dr. Kyle Hammond, the Hawks’ team orthopedist.

The team said it will provide an update on Hunter’s recovery plan about two weeks after the procedure.

Atlanta has endured a rash of injuries in the first six weeks of the season, including the extended absence of top free-agent signee Bogdan Bogdanovic.

The guard has missed nearly a month with a fractured right knee, though the team reports he is making progress toward getting back on the court.

Bogdanovic has been cleared for more range of motion in his rehabilitation and conditioning activities, which includes on-court work. Also, his knee brace has been removed, though it’s still not known how long he will be out.