Hawks forward is out indefinitely after tests revealed a plantar fascia tear in his right foot. 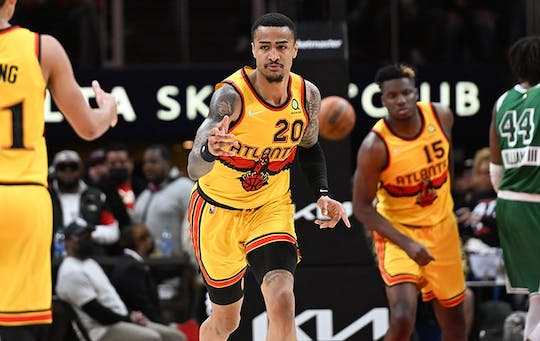 The Hawks said Friday that tests conducted Thursday at the Hospital for Special Surgery in New York also confirmed a right finger sprain. Collins was given an anti-inflammatory shot in his finger and was fitted with custom splints he will wear the remainder of the season.

The Hawks said Collins’ status will be updated in 10 to 14 days following a series of non-surgical procedures on his foot. The Hawks, attempting to retain a spot in the Play-In Tournament for the Eastern Conference playoffs, have about three weeks remaining in the regular season.

Collins missed his fourth consecutive game Friday night against the Memphis Grizzlies. He missed six straight games with the foot injury before returning on March 4 and has since attempted to play through ongoing discomfort.

Danilo Gallinari has been the primary fill-in for Collins.